China’s BRI in Pakistan – a poster child for success? 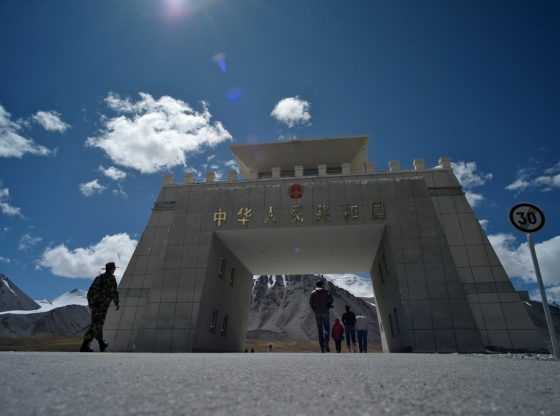 By making the China-Pakistan Economic Corridor (CPEC) the poster child of the Belt and Road Initiative (BRI), China has invested a huge amount of political capital into the project. The CPEC has come to represent an important indicator of how things could potentially develop for the countries that have received investment along the new Silk Road. With US$62 billion of investment, Pakistan’s PML-N government (2013–2018) labelled the CPEC a ‘game changer’ aimed at benefitting the whole of Pakistan.

The enthusiasm and determination evident on the side of the government, however, were met with scepticism from the leaders of Balochistan and Khyber Pakhtunkhwa (KP), the latter being governed both before and after the 2018 election by the PTI, the party of Pakistan’s new Prime Minister, Imran Khan. Imran Khan argued that ‘we should build a shorter and better route for the CPEC instead of opting for the Eastern Route, which will create resentment in other provinces against the Punjab’.

Without the greater inclusion of Balochistan, Khyber Pakhtunkhwa and Gilgit-Baltistan in the decision-making process, the CPEC will only further exacerbate tensions within the Pakistani federation.

Since Xi Jinping’s visit to Pakistan in April 2015, which de facto kick-started the project, doubts have emerged regarding the impact that the Chinese investment will have on Pakistan’s governance structures. In this piece, we focus on federalism as an issue which has been central to developments related to the CPEC since the very beginning.

The analysis presented here shows that there is a chasm between the decentralisation introduced in 2010 through the 18th Amendment to the Pakistani Constitution and the centripetal nature of the CPEC. The latter, in its current form, threatens to increase tensions between provinces and between the provinces and the centre. Pakistan’s history of federalism is characterised by tensions and inter-provincial grievances, most often articulated against the Punjab. The way in which the CPEC is being implemented (or not) has re-awakened tensions surrounding federalism and the location of power within Pakistan.

The lack of discussion about the CPEC within the deputed inter-governmental bodies – both the Council of Common Interests (CCI) and the Joint Cooperation Committee (JCC) – provides evidence of the opaque nature of the early stages of the CPEC agreements. In addition, the provincial chief ministers were initially excluded from the JCC convened between the Pakistani and Chinese governments. Why was the decision-making process so centralised?

First, there was a need to provide Beijing with a single point of reference for managing the CPEC on the Pakistani side. ‘The pressure from the Chinese side to move quickly did not allow the federal government time to fully integrate the provinces initially.’ China’s preference for having a more agile and centralised decision-making process is also evidenced by the (successful) pressure exerted by the Chinese government to have Ahsan Iqbal reinstated as Planning Minister ‘after the government assigned the portfolio of Interior Minister to Iqbal and ended the active role of the Planning Ministry in the CPEC’s execution’.

Second, the government was unwilling to hand over control of the CPEC to the military. The latter sees the economic corridor as an opportunity to further strengthen its relations with China. In 2016, the Pakistani military attempted to increase its influence over the CPEC by suggesting the creation of a ‘CPEC authority’; a proposal successfully resisted by the then PML-N government. Given the close ties between the current PTI administration in Pakistan and the army, the latter will likely acquire a more formal role in future months, especially considering that China has ‘minced no words about their desire for the army to have a greater role in the CPEC’.

Another important element in the context of the CPEC and Pakistan’s federal structure is the controversy related to the route of the corridor. The original plan for the CPEC was to prioritise the less developed regions of Pakistan – Balochistan and KP – in order to shorten the transit route from Gwadar to the Karakoram Highway. However, shortly after starting the project it became evident that priority would be given to those road networks that were already developed.

While China had expressed its preference for working on the existing networks, as some of our contacts noted, another reason for choosing such an alignment was related to the former ruling party’s desire to prioritise its Punjab heartland. In November 2015, Senator Daud Khan Achakzai went so far as to dub the CPEC the ‘China-Punjab Economic Corridor’. Half of the projects in Punjab, Sindh and Gilgit-Baltistan (GB) are estimated to be near completion, as opposed to the majority of projects in both Balochistan and KP that have dates of completion beyond 2022. In December 2018, the leader of the Balochistan Awami Party claimed that the Western Route was no longer part of the CPEC. Although this was swiftly denied by the Planning Ministry, the delay in the construction of the Western Route compared to the Eastern Route has heightened tensions, and the financial constraints facing Pakistan place doubt over its completion.

Energy was a major topic in the 2013 election. Nawaz Sharif campaigned extensively around the issue and his party played the CPEC card in the run-up to the July 2018 elections in an equally assertive fashion. However, provinces such as Balochistan and KP have not benefitted. The vast majority of the energy projects located in Sindh, and more than half of those in Punjab, are scheduled for completion by 2019. This compares lamentably not only with the number of early harvest projects allocated to Balochistan, KP, GB and Azad Kashmir (AJK), but also in relation to their completion rate, with only one scheduled for completion in 2019.

Although it has been claimed that ‘the energy generated by the projects under the CPEC would be added to the national grid [and so] the location of the power plant does not really matter’, the issue of employment opportunities and the associated infrastructure that needs to exist for the workforce (in terms of education, health and roads) means that the location does matter. As Sanaullah Baloch has argued ‘[…] the large number of power projects under the CPEC in Punjab will have an immense impact on elevating the socio-economic conditions of [the] targeted areas and population’.

While centre-periphery tensions remain, there are no signs that Pakistan is rolling back from its commitment to the CPEC, despite the PTI’s concerns about the project before the election. The pillars of Sino-Pakistani relations – a strong military partnership and nearly US$20 billion of projects already agreed under the CPEC – are unlikely to change. Although PTI’s initial approach to the CPEC was a critical one, formally protesting against the federal government for neglecting the Western Route of the corridor, during his first visit to Beijing after becoming Prime Minister in November 2018, Imran Khan reiterated Pakistan’s commitment to pushing the CPEC forward.

In the Joint Statement released at the end of the visit, both Islamabad and Beijing ‘reaffirmed their complete consensus on the future trajectory of the CPEC [and on the] timely completion of its on-going projects’. However, without the greater inclusion of Balochistan, KP and GB in the decision-making process, the CPEC will only further exacerbate tensions within the Pakistani federation. In addition, given the close connection between Imran Khan’s electoral victory and the support of the military, civilian control over the project will be substantially reduced in practice. This will further increase the perception of Punjabi control, given the predominance of Punjabis within that institution.

Dr Filippo Boni is a Teaching Fellow in International Relations in the Department of Political Science and International Studies at the University of Birmingham. heis author of ‘Civil-military relations in Pakistan: a case study of Sino-Pakistani relations and the port of Gwadar’. He tweets @FilippoBoni1.

Professor Katharine Adeney is Director of the University of Nottingham Asia Research Institute and author of Federalism and Ethnic Conflict Regulation in India and Pakistan (among others). She tweets @katadeney.

This article is part of a special series on the Belt and Road Initiative written by University of Nottingham Asia Research Institute experts from its three campuses. Image Credit Flickr

Can China exert ‘smart power’ in Southeast Asia through the BRI?
Prospects for EU-China security cooperation in the age of the Belt and Road Initiative