Home /BRI, China, China-EU, Security/Prospects for EU-China security cooperation in the age of the Belt and Road Initiative 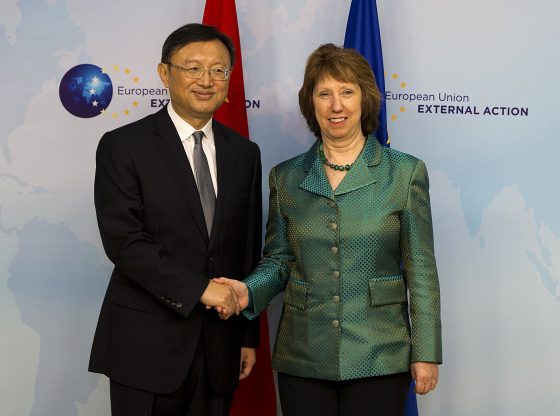 Since its launch in 2013, the Belt and Road Initiative (BRI) has rapidly emerged as a landmark state-backed endeavour of international significance and ramifications. Backed by investments estimated at approximately US$150 billion a year, President Xi Jinping has made the BRI his signature project, to the extent of even having it enshrined in the constitution of the Chinese Communist Party (CCP). There is no doubt that future assessments of Xi’s legacy at the helm will be undertaken in parallel to conclusions drawn on whether BRI has been successful or not. In other words, for Beijing, the BRI stakes could not be any higher.

For this reason, the risks inherent to BRI projects matter as much as the potential benefits. Whether relative to academic or policy commentary, much of the recent discussion of BRI risks has revolved around the issue of potential negative side-effects of BRI-funded infrastructure projects, in the shape of ‘debt-traps’, particularly for targeted Lower Income Countries. This debate has overshadowed other risks inherent to BRI, such as traditional and non-traditional security concerns.

Although security risks associated with BRI projects do not in themselves constitute a new phenomenon for the Chinese government – the success of the ‘Go-Out’ strategy at times cost the lives of Chinese businessmen, diplomats, peacekeepers and citizens alike – both the land and maritime routes constitutive of the BRI traverse areas mired by instability. Such instability has the potential to, at the very least, jeopardise the successful implementation of specific BRI projects, which in turn could compromise the enactment of key nodes within the bigger BRI picture.

The May 2016 attack by a subversive group in Pakistan on a Chinese engineer and his driver or the bombing of the Chinese Embassy in Bishkek in August of the same year are just two examples of the security risks that China faces in undertaking BRI projects along key parts of the route. Although these attacks may not always specifically be motivated by the BRI, they are symptomatic of a reality which Beijing will increasingly have to contend with in the coming years as the BRI is further rolled out to encompass greater geographic spaces.

China’s response thus far has been to seek either bilateral government-to-government collaboration in stemming attacks on BRI sites or, latterly, to hand a greater role to private security companies. A further objective of the Chinese government in relation to the BRI is stakeholder engagement/buy-in. This aspect matters insofar as it facilitates the normalisation of the BRI, in essence smoothing China’s eventual ascendance to hegemonic status.

Security cooperation is one tool which Beijing can deploy to boost third-party stakeholder engagement in the BRI. This is where the prospect of potential EU-China interaction comes into play, as security cooperation has often been advanced by both sides as a way of bringing meaning to their Comprehensive Strategic Partnership.

Indeed, looking at the security implications of the BRI on paper in conjunction with statements made by leaders from both sides, the prospects for cooperation would appear ripe. Both the land and maritime routes intersect with regional hotspots which are high on the EU’s own security agenda. Afghanistan and the maritime passages running from the Horn of Africa across the Indian Ocean towards the South China Sea are but two such examples. Building on the back of their successful bilateral cooperation in the fight against Somali piracy and acknowledging the diplomatic rapprochement that has been forced upon them by President Trump’s castigation of both the EU and China, the conditions appear to be favourable for bilateral cooperation in this regard.

Yet for all the supposed goodwill emanating from various statements made over the last year on the general state of bilateral affairs, EU-China cooperation on BRI security concerns is likely to remain no more than a prospect rather than a reality anytime soon. This is a result of the prevalent bilateral mistrust, compounded by the existence of inadequate institutional mechanisms to help overcome such mistrust. In effect, as long as EU-China relations remain haunted by more ominous structural concerns (e.g. the EU’s arms embargo on China, divergence over norms and values, the implicit role of the US in bilateral affairs, the EU’s unreliability as a security actor, the interest of local actors, etc.), the chances of both parties engaging in security cooperation for their mutual benefit will remain restricted, limited and sporadic in character.

The bilateral mechanism designed to help build trust and thus overcome the limitations in this context – the High-Level Strategic Dialogue – has yet to bear fruit in this regard, despite having been established almost a decade ago. Ten years on, the institutionalisation of bilateral trust on security matters has still not materialised as envisaged in terms of concrete forms of cooperation, along the lines witnessed in the fight against Somali piracy. As a result, despite the obvious incentives for both sides and the ‘win-win’ rhetoric, it would seem that China will have to revert to alternative sources and ideas when seeking to ensure the security of its BRI investments, while the EU looks on from afar.

Dr Benjamin Barton is an Assistant Professor in the Department of Politics, History and International Relations (PHIR) at the University of Nottingham’s Malaysia Campus and author of Political Trust and the Politics of Security Engagement: China and the European Union in Africa. This article is part of a special series on the Belt and Road Initiative written by University of Nottingham Asia Research Institute experts on all three campuses. Image Credit Flickr

China’s BRI in Pakistan – a poster child for success?
Political sensitivities surround the BRI in Indonesia