The presence of camps causes tension along the ‘Pivot of Asia’ 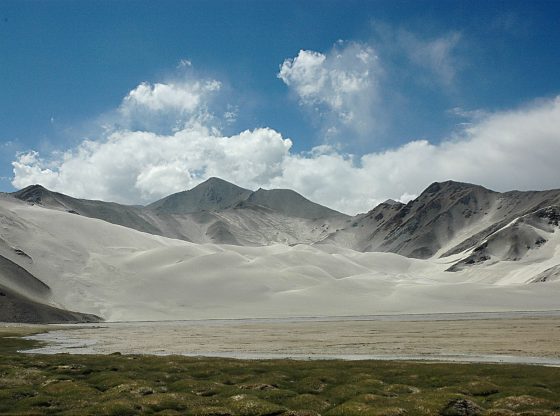 The Kazakh Foreign Ministry recently announced that it had been informed by its counterpart in Beijing that China was allowing 2,000 ethnic Kazakh Chinese citizens to give up their Chinese citizenship and move to Kazakhstan. The surprise move may indicate that one of the key partnerships of the Belt and Road Initiative (BRI) is experiencing mounting tensions.

Kazakhstan and Xinjiang are practically and symbolically vital to the success of the BRI project.

In August 2018 the UN Committee on the Elimination of Racial Discrimination (CERD) said there was evidence that more than 1 million Muslims had been detained without trial in internment camps across China’s Xinjiang Uyghur Autonomous Region. China initially denied the existence of the camps, with a senior official telling a UN hearing in Geneva that ‘[t]here is no such thing as re-education centres’. The official went on to say that China did not target any ethnic minority and that its ethnic minorities lived in peace and contentment enjoying freedom of religious belief.

The position shifted towards the end of the year, however, when, being subject to increasingly strong criticism from the international community, China said the camps were in fact ‘vocational training centres’ where Muslims receive training in the Mandarin language and Chinese law and customs in order to lessen the risk of coming under the influence of terrorists. The camps, officials say, are to help those residents who have been ‘infected with religious extremism’. In October, Xinjiang governor Shohrat Zakir told journalists that ‘[m]any trainees have said they were previously affected by extremist thought and had never participated in arts and sports activities. Now they realise how colourful life can be’. Former detainees, however, have spoken of being forced to denounce Islam and profess loyalty to the Communist party in what they describe as political indoctrination camps. Also in October retrospective laws were published which allowed agencies at the county level and above to ‘establish occupational skills education and training centres, education transformation organisations and management departments to transform people influenced by extremism through education’. As well as offering language and legal education they are to provide ‘ideological education, psychological rehabilitation and behaviour correction’.

Although Kazakhstan has not publically criticised China over the camps, Kazakh diplomats have been working to secure the release of their citizens who have been detained. In November the Foreign Ministry said 29 Kazakh citizens had been detained with 15 then being released and allowed to return to Kazakhstan. There are just under 1.5 million ethnic Kazakhs living in China, the majority of them in Xinjiang, which makes them one of the largest Muslim ethnic groups in China. Kazakhs are one of the 55 ethnic minority groups which together with the Han majority (92 per cent of the population) make up the Zhonghua Minzu 中华民族 or Chinese nation. The concept of Zhonghua Minzu is vital to the People’s Republic of China’s (PRC) sense of multi-ethnic statehood, where China is understood as having a history of 2,000 years of unbroken unity. To question the historical accuracy of this is seen as an attempt to undermine the core principle of ‘One China’.

In 2003 the Chinese government published a White Paper entitled History and Development of Xinjiang, prepared by the Information Office of the State Council, which states that ‘since the [time of the] Western Han Dynasty (206 BCE to 24 CE) [Xinjiang] has been an inseparable part of the multi-ethnic Chinese nation’ (White Paper, 2003). The White Paper traces Chinese rule over the region up to the present day and declares it to be unbroken. This is the central feature of government policy in regard to all of the PRC’s frontier regions. Xinjiang, Tibet and Inner Mongolia are now and always have been an inalienable part of the motherland. It is striking, therefore, that the Chinese government would allow 2,000 of its citizens to renounce their Chinese nationality, especially in such a sensitive border region. There is also an historical resonance here which will not have gone unnoticed. In 1962 at the height of the devastating famine caused by the Great Leap Forward and following an extensive Soviet propaganda campaign, in the region of 60,000 Uyghurs and Kazaks from the Ili Kazak Autonomous Prefecture in Xinjiang fled into Kazakhstan. The flow was only stopped when the Chinese army sealed the border (Millward and Tursun 2004).

The vast and wild Kazakh-Chinese border has always been porous, with nomadic herdsmen moving across seasonally, but as tensions increased with the USSR, the PRC attempted to maintain control and so crossing the border legally became almost impossible. When Kazakhstan came into existence after the fall of the Soviet Union it signed a border treaty with China which ended border disputes and attempted to regularise movement and trade. In 2011 a cross-border free-trade area opened on the border at Khorgos in an effort to boost Chinese-Kazakh trade.

Kazakhstan and Xinjiang are practically and symbolically vital to the success of the BRI project. President Xi Jinping first announced the BRI in a speech at Nazarbayev University in Astana in 2013, and it is central to his plan to end instability in Xinjiang by dramatically improving the economy there. Yet the contradiction of Xinjiang being both a vital central conduit of the new Silk Road and China’s most rigidly controlled and restricted region is an increasing source of tension in the region. It is almost 70 years since Owen Lattimore (1950) called Xinjiang the ‘Pivot of Asia’, and his words have perhaps never rung so true.

Dr David O’Brien is an Assistant Professor in the School of International Studies at the University of Nottingham Ningbo China and author of The Politics of Everyday China (with Neil Collins). This article is part of a special series on the Belt and Road Initiative written by University of Nottingham Asia Research Institute experts from its three campuses. Image credit Flickr