Redefining the issues in Kashmir 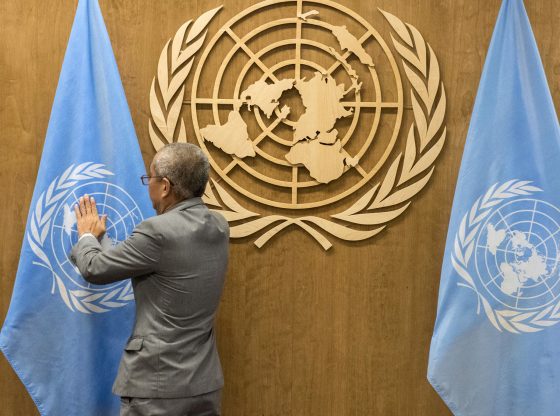 Following the example of his predecessors, Secretary-General António Guterres has expressed his inability to engage in mediation or preventive action on the Kashmir issue unless both India and Pakistan agree on involving the UN. On each occasion when the situation in Kashmir has escalated, India has been able to successfully block Pakistani demands for UN intervention. In order to impede the use of the Secretary-General’s good offices India exploits certain clauses of the Simla Agreement (1972). However, although Kashmir has been dealt with as a bilateral dispute between India and Pakistan, the UN has humanitarian obligations towards the people of Kashmir.

Amnesty International has criticised the Indian government for enabling impunity for human rights violation by its security forces in Kashmir.

Against the backdrop of the debates stirred up by Secretary-General António Guterres’ earlier remarks on the human rights violations in Kashmir, it was extraordinary that during his visit to India in October 2018, Kashmir was not on his agenda and he declined an invitation to visit Kashmir. Contrary to the expectations of the Kashmiri people that the Secretary-General would become ‘bold and creative’ to broker mediation on Kashmir, silence prevailed. He prioritised policy efforts on environmental issues before the decades-long human rights violations in Kashmir and conferred a UN award on Narendra Modi.

Organised violations of human rights in Kashmir have dated back to the nineteenth century when Kashmir was annexed to the Sikh Empire. Under Sikh rule, Kashmiris were subjected to discriminatory laws, heavy taxation, and forced labour. However, the current wave of oppression (2016 onwards) under Narendra Modi’s regime has revealed new limits of endurance and courage of the people of the Indian side of Kashmir.

The international media has had limited access to most of the enforced disappearances, rapes, extra-judicial killings, and media blackouts in Kashmir. However, the UN High Commissioner for Human Rights (UNHCHR) report has consolidated the findings and reports of human rights activists and organisations working on Kashmir and reaffirms the Kashmiri people’s identity as a vulnerable community as enunciated in the Security Council Resolution 47. In view of the current impasse at the UN on Kashmir, the UNHCR report has reinforced this case as a human rights crisis and portrays organised violations of human rights and fundamental freedoms in Kashmir as sufficiently serious to seek engagement of Article 55 of the UN Charter.

The evidence contained in the UN report confirms the use of excessive force by Indian forces to suppress protests as well as the local media reports of frequent curfews, communications blockades, attacks on medical service and journalists that cripple life in Kashmir. It includes an investigation on the use of a 12-gauge pellet-firing shotgun that was used indiscriminately against protesters during the unrest in 2016 and afterwards. While the Indian government statistics show that 1725 Kashmiris received injuries from pellet-guns causing partial to complete blindness, independent reports have put the figure at 6221.

These extreme measures and indiscriminate use of force have resulted only in more vehement protests, continuous strikes and clashes between the armed forces and stone-pelting protesters. The New York Times reported that a mother of an 8-years old child victim of the pellet-gun shots believed that her child would remember what happened to him and become an ardent protester. Other victims of the pellet-gun shots claimed they did not mourn the loss of their eyes because to them “it is an acceptable price to pay for azadi, or freedom from Indian rule”.

What’s new in the current wave of resistance and protests in Kashmir is young women’s participation alongside young men. These are middle class educated girls who understand their rights and the value of peaceful means to winning them. These young people have not witnessed the past waves of Indian atrocities. But they have heard accounts of how members of their families were abused brutally or killed by the Indian security forces or went missing never to return home. Appalling accounts of public dishonouring, rapes, and kidnapping of their fellow Kashmiri women are permanent part of their memories.

The Indian security forces enjoy sweeping powers under the Public Safety Act, 1978 (PSA) and virtual immunity from prosecution under the Armed Forces Special Powers Act, 1990 (AFSPA). Amnesty International has criticised the Indian government for enabling impunity for human rights violation by its security forces in Kashmir. It is this kind of state protection to human rights violations that encouraged Major Gogoi of the Indian army to tie a Kashmiri youth to his military jeep as a human shield against the protestors and drive him around for hours. Major Gogoi subsequently received General Bipin Rawat’s seal of approval and a commendation award.

Although preventive diplomacy is a priority at the UN, the Kashmir dispute has not received the attention that Secretary-General is mandated with under Article 99 of the UN Charter. The decades-long impasse in the UN on the Kashmir question has not supressed the core issues there. It has only served to metamorphose the expression of dissent and resistance by the people of Kashmir. The UNHCHR report presents undeniable evidence that in Kashmir the world’s largest democracy has failed to live up to its democratic credentials. The gravity of resurgent conflict in Kashmir resulting from organised violations of human rights is evident and validates the use Secretary-General’s mandate for preventive action.

Khalid Jarral is a Doctoral Researcher at the School of Politics and International Relations where he is a member of the University of Nottingham Asia Research Institute. Image credit: Flickr.

China in Africa and the American response
Declining Taiwanese identity?