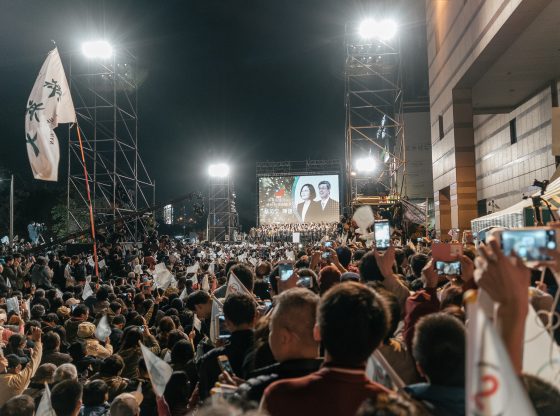 The results of Taiwan’s 2018 local elections shocked the ruling Democratic Progressive Party (DPP) and came as a surprise to some.  In a total of 22 mayoral races, the DPP only held on to 6 seats, down from 13, while the opposing Kuomintang (KMT) won 15 seats, an increase of 9 compared to four years ago.  The DPP even lost to the KMT in the mayoral race in the southern port city of Kaohsiung, where the DPP had been in control of city hall for 20 years.

Also unexpected was the voters’ rejection of Referendum 13, which proposed that Taiwan participate in international sporting events under the name of ‘Taiwan’ in place of the former (though obscure) ‘Chinese Taipei’.  These results have led some commentators to speculate that national identity and the demand for greater autonomy from China might be declining in Taiwan.  However, as has been demonstrated elsewhere, such a conclusion underestimates the general trend towards ‘Taiwaneseness’ on the island.

Figure 1 presents the widely familiar survey data collected by the Election Study Centre (ESC) of the National Chengchi University in Taiwan. It shows that an increasing number of island residents have identified themselves as Taiwanese during the past two-and-a-half decades, with the proportion increasing from 22 per cent in 1994 to about 60 per cent in 2018.  During the same period, the proportion of Chinese self-identifiers declined substantially from 30 per cent to less than 4 per cent.  The proportion of those identifying with a dual identity, i.e. seeing themselves as both Chinese and Taiwanese, also witnessed a significant decline from 50 per cent to less than 40 per cent.

Consequently, very few Taiwanese citizens today subscribe to a Chinese identity alone, while more than 90 per cent of them now consider at least part of their identity as being Taiwanese.  The decline in Chinese identity has been accompanied by a growing view that Taiwan is an independent country separate from China, as Figure 2 shows.  Close to 70 per cent of the island’s citizens currently consider Taiwan and China as two separate states, and only 20 per cent of them view the two sides of the Taiwan Strait as being part of the same country.  Thus, a Taiwan-centred identity has become dominant among the island’s citizens. If there is an increasing shift towards a clearly Taiwanese identity, how can we explain the rejection of Referendum 13, which aimed to promote the island’s independent status in the international community?  Rational choice theorists contend that individuals’ issue positions are generally based on what they expect to gain or lose from the outcome.  Figure 3 shows that two-thirds of the island’s citizens support Taiwanese independence if cross-Strait military conflict could be avoided, but such a preference declines substantially if it is believed that Beijing would respond violently. These results demonstrate that Taiwanese citizens are collectively rational, as they tend to choose positions that maximise their gains and minimise their losses.  Indeed, the Beijing government, under Xi Jinping’s leadership, has heightened its efforts at military coercion and the diplomatic isolation of Taiwan.  In addition to sending military aircraft to circle the island and depriving Taipei of its few remaining diplomatic allies in Central America, China’s leaders recently conducted a campaign to pressure foreign companies to alter their website displays. In an attempt to show Beijing’s claim to the island, China demanded that companies conducting business on the Mainland must not treat China and Taiwan equally, instead requiring that these companies refer to the island as ‘China Taiwan’ on their websites.

When supporters of Taiwanese independence actively promoted Referendum 13, calling for the island country’s national sports team to be renamed as the team of ‘Taiwan’, the East Asian Olympic Committee, under pressure from Beijing, revoked Taiwan’s right to host the 2020 Games just before the elections in 2018.

Referendum 13 caused a great deal of controversy in Taiwan, as many argued that it would not bring any visible benefits but would instead invite punishment from Beijing and further isolate the island country in the international community.  Recognising these possible repercussions, the ruling DPP, which is the only political party that supports Taiwanese independence, distanced itself from the referendum prior to the elections.  Thus one can infer that voters’ rejection of Referendum 13 is likely to be a result of their rational calculation.

It is also important to note that the 2018 elections were not for positions in Taiwan’s central government, and that these mayoral contests were largely decided on the basis of area-specific factors or the performance of the DPP government locally.  The economy, for instance, was a key campaign issue of the KMT candidate in the Kaohsiung mayoral race, whereas the record of accomplishments was the main theme of Taipei’s incumbent mayor in his bid for re-election.  President Tsai’s low approval rating was also widely considered to be a key contributory factor to the DPP’s electoral setback.  Therefore, to treat the outcome of the 2018 elections as indicative of voters’ overall rejection of the view that Taiwan is an independent state would be seriously misleading.

And so Chinese President Xi’s recent policy address on the 40th anniversary of issuing the Message to Compatriots in Taiwan failed to grasp Taiwanese citizens’ aspiration for autonomy and democracy.  In frustration, they may indeed be forced to concede to Beijing’s uncompromising application of the ‘one China’ principle in the international community.  However, Beijing’s tactics of diplomatic isolation and military coercion will only reinforce the image of a ‘hostile China’, which is not one conducive to a peaceful resolution of cross-Strait disputes.

T.Y. Wang is Professor and Chair of the Department of Politics and Government of Illinois State University at Normal, Illinois, USA.  He is co-editor of the Journal of Asian and African Studies. His recent publications include The Taiwan Voter (co-edited with Christopher H. Achen, University of Michigan Press, 2017) and ‘Declining Voter Turnout in Taiwan: A Generational Effect?’ in Electoral Studies (co-authored with Christopher H. Achen) (forthcoming). Image Credit: CC by Studio Incendo/Flickr.

Redefining the issues in Kashmir
LGBT issues in 2019