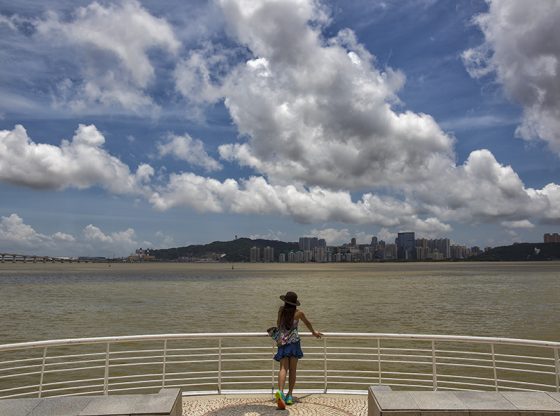 China’s Open Door policy has led to the country becoming a major outbound market for international tourism. More than 100 million Chinese tourists have travelled abroad each year since 2014, and that number continues to grow. Tourism scholars, along with industry and government professionals, have become interested in learning more about Chinese tourists’ preferences when travelling overseas.

In the first wave of Chinese outbound tourism, prior to 2005, those taking part were characterised as unsophisticated and older package tourists who travelled as part of group packages organised by tour operators. Such package tours are generally dominated by sightseeing and photo opportunities. Group tours essentially comprised the sole option for outbound recreational travel for the first wave of Chinese tourists, and they mostly stayed within Asia. Those who travelled elsewhere were mainly interested in famous tourist sites in world-renowned cities, choosing to spend as little as possible on accommodations and food. Most Chinese tourists in this group expected to learn from travelling to Western countries, rather than simply seeking leisure.

The second wave of tourists was mostly composed of middle-aged people who were well educated, earning a high salary, and had previous international travel experience. Many of these tourists had studied abroad; they would not restrict themselves to guided tours and would seek more revelatory experiences. They often spoke good English, were culturally sophisticated, and preferred unique experiences. With a high spending power, Chinese tourists were also the fastest-growing market for luxury-brand shopping worldwide between 2005 and 2011; sales in China and to Chinese shoppers abroad represented the largest share of luxury brands’ revenue.

The third and most recent wave of Chinese tourists is representative of a prominent segment of Chinese society: upper-class and middle-aged (aged 40 and above). In 2018 Bao and his colleagues noted that mature Chinese tourists, especially the middle-aged elite, often reside in urban areas and have an advanced level of education as well as disposable time and income for travel. For instance, the number of mature (aged 40 and above) Chinese travellers to overseas destinations recently exceeded that of younger generations, growing from roughly 1.28 million in 2005 to 1.94 million in 2016.

With the rapid development and socio-economic transition in China, there are a number of trends in regard to Chinese outbound tourism that merit special mention and discussion. Given the Chinese cultural emphasis on family values, and changes in the Chinese population and family structure, family tourism emerges as a promising sector which serves to fulfil family-oriented cultural expectations and reinforce family values and connections. Multiple generations in Chinese families have begun travelling together.

China’s population is ageing rapidly. Chinese citizens aged sixty and above comprised more than 10 per cent of the world’s population by the year 2000, and it is expected that 400 million Chinese will be aged 60 or above by 2050. The tourism industry will likely reap some benefits from global ageing, particularly in well-developed areas. Likewise, the ageing Chinese travelling population will impose new challenges on tourism sectors, especially those in overseas destinations popular with Chinese tourists. Overseas tourist destinations will need to deal with new customer service issues such as accommodating elderly clients’ psychological and physical needs, dealing with aged care when travelling, and possible emergencies, for example. Nevertheless, operators in overseas destination can capitalise on the niche market of Chinese seniors.

The Chinese senior sector is only one such up-and-coming tourism trend. Although safety is often a prime concern in Chinese tourists’ travel decision-making, Chinese travellers have started to eschew their cultural wariness of seemingly unusual destinations. They are now opting to visit uncommon locales including Cuba, Israel, Argentina and North Korea. Certain tourist groups have also begun exploring some destinations to match particular idiosyncrasies; for example, a special interest in film, wine, or even for sex tourism.

Younger generations of Chinese tourists are especially interested in mingling with the locals, immersing themselves in a destination’s culture and traditions, and practising the language. They have also taken to coordinating tour groups online, for example through social media and travel forums, to connect and travel with like-minded strangers. The so-called ‘Donkey Friends’ (Lvyou in Chinese) travellers further exemplify the shift from collectivism towards individualism among Chinese youth, who prefer to travel overseas independently with maximum freedom.

Educational tourism is another developing segment related to Chinese youth. Parents are eager for their children to take advantage of overseas opportunities in education, language learning, cultural immersion, and networking. Yet there has been little research on educational tourism as an emerging industrial phenomenon. This emerging market for educational tourism, as well as the family travel market and niche interest markets, warrant dedicated research and study.

A better understanding of the emerging phenomena in this industry and its associated consumer markets can be gained by examining the social, political, and economic developments and nuances which are undergoing constant, rapid change in China. New trends are emerging and these include – but are not limited to – Chinese family tourism, senior travel, education tourism, and online forum-initiated group travel among Chinese youth.