Women as Workers, Women as Agents: Studying Labor and Gender in Industrial and Postindustrial Taiwan 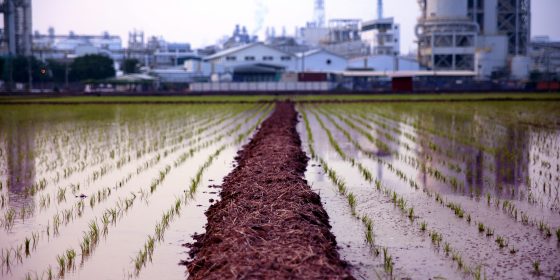 One question central to my anthropological enquiry has been the role of social being – the person, subject, actor – in society and history. I am particularly interested in how the multifarious nature of cultural practices enables the subordinated to subvert the system while conforming to cultural expectations. My work on gender and global capitalism in industrial and postindustrial Taiwan reflects the effort to understand how individuals can be part of the larger social collective while concurrently agents for change under certain circumstances.

My book In the Name of Harmony and Prosperity: Labor and Gender Politics in Taiwan’s Economic Restructuring looks at labor and gender inequality in global industrialization. It emphasizes the interplay of Taiwanese patrilineal family and global capitalist expansion and the way women as workers, daughters and mothers found agency under these powerful structural constraints. In the Name of Harmony and Prosperity centers on a juncture when the smooth supply of the female manufacturing labor force throughout most of the post-WWII era was disrupted, primarily due to the decreased willingness of young single women to consider industrial work as their first choice of employment. By the 1990s in Homei (和美) – my primary field site at the time – and elsewhere in Taiwan, many of the female (junior) high school graduates expected (by factory owners) to enter factories preferred to work in the rapidly expanding service sector, which they considered to be more modern, prestigious, and beneficial for upward mobility. Or they chose to continue their education in preparation for a white-collar profession, as their families were no longer in urgent need of their labor and incomes. These developments, in turn, had a profound impact on the remaining female work force.

In my research, I observed an increase in employment opportunities for married women: they were previously considered as less dependable because of their domestic responsibilities but now were regarded as more reliable because young women were no longer available. Young women were said to be leisure- and consumption-oriented and, unlike hard-working Taiwanese of previous generations, preferred to take time off for fun as opposed to work overtime for money. The discourse of “good workers” had changed, in other words. I also observed that young women who chose to work in factories tended to have a strong sense of economic independence because industrial employers needed them. Some even felt that they could choose to remain unmarried and support themselves with their wages. However, these women’s optimism was soured by the introduction of foreign workers to the country.

I also discovered that daughters working for their family factories were caught in a dilemma. On the one hand, they were eager to pursue the better opportunities for personal advancement outside the family factories. On the other hand, however, their families urgently needed their labor, not only because family members had always been the core work force of Taiwan’s family businesses, but also because their families had difficulties recruiting female workers. As a result, family loyalty was recurrently called on to secure a daughter’s cooperation, often at the expense of her desire to have a life of her own, even though a daughter was never considered a true member of her father’s family.

While my past work focused on individual acts of resistance, my recent work investigates the possibility of collective actions to address the issue of gender inequality.  One of my current projects builds on the feminist-inspired renovation of the Twenty-Five Maiden Ladies Tomb (二十五淑女墓) to become a Memorial Park for Women Laborers (勞動女性紀念公園) in postindustrial Kaohsiung. It explores the way the local feminist community formulated its agenda, developed its strategy, shaped the public discourse, and worked with – or against – other interested groups that led to the Tomb/Park transformation.

The Twenty-Five Maiden Ladies Tomb was a collective burial site of female workers who were drowned during a ferry accident on their way to work at export processing zones in Kaohsiung in 1973. Of the seventy plus passengers on board the capsized ferry all twenty-five who died were unmarried young women. Taiwanese patrilineal culture shuns unmarried female ghosts who have no husband’s ancestral hall in which to rest in peace. This made the tomb a fearsome place. For years Kaohsiung’s feminist community sought to remove the stigma attached to unmarried female ghosts. They eventually succeeded in promoting the deceased women as valued members of the industrial workforce rather than as unhappy spinsters without status in life or death. In 2008 and in the context of a broader postindustrial makeover of the city as a whole, the tomb was refurbished and made a designated Memorial Park for Women Laborers.

People involved in the renovation process included the Kaohsiung Association for the Promotion of Women’s Rights (KAPWR), the families of the deceased, and the Kaohsiung City government, all of whom had different considerations regarding the purpose and the future of the tomb. The KAPWR activism illustrates the fact that specific feminist practices are dependent on the socio-cultural and political-economic attributes of the society within which feminist groups are embedded. The KAPWR’s effort to refashion the image of the tomb resonates with feminist movements worldwide to rectify women’s history by rewriting and valorizing the contribution of women. Specifically, it was a critique of the Taiwanese patriliny that treasures sons as true and permanent members, but regards daughters as outsiders and, thus, temporary associates of their father’s family. This symbolic differentiation has provided a framework on which many gender-based practices are constituted and justified. The approach of the KAPWR activism was therefore a strategic choice derived from the particular context of Taiwan that, in turn, created the possibility to question patrilineal cultural practices.

Anru Lee is Associate Professor in Department of Anthropology at John Jay College of Criminal Justice, the City University of New York. Her research focuses on the Asian Pacific region and issues of capitalism, modernity, gender and sexuality, and urban anthropology.