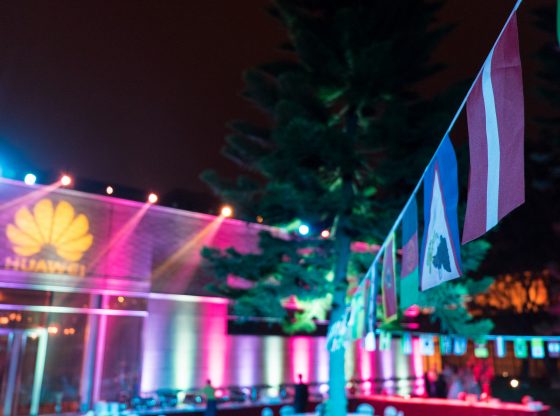 This article was originally published by Sinopsis and is available here.

Written by Sinopsis and Jichang Lulu.

The series of warnings against Chinese technology company Huawei in various Western countries is often predicated on a legal argument: according to recent legislation, all Chinese citizens and organisations are obliged to cooperate upon request with PRC intelligence operations — and also maintain the secrecy of such operations. Such duty is explicitly stipulated in Article 7 of the 2017 “PRC national intelligence-gathering activities law” (中华人民共和国国家情报法).

This law in effect only codifies common practice in an increasingly totalitarian regime. Even before current CCP Secretary General Xi Jinping came to power, it would have been difficult for a Chinese citizen to turn down a request for cooperation from the PRC intelligence apparatus. With Xi’s centralisation of CCP power, and in an atmosphere of constant struggle against “hostile foreign forces“(境外敌对势力), refusing cooperation becomes all but impossible, regardless of the actual letter of applicable laws.

Ironically, the laws that now bring so much trouble to Huawei were originally adopted to streamline CCP control under the concept of “rule by law” (依法治国) — not to be mistaken for rule of law. The “rule by law” system is designed to help the CCP exercise its monopoly on power without everyday political intervention. The CCP decides what the law is, and most situations are then dealt with mechanically through approved procedures until the Party decides otherwise.

The notion is very much part of Xi’s idea of governance by algorithm, where the Party is the programmer. It mirrors the effort to “intelligentise” (智能化) Party control over both the society and the economy, using advanced technology like big data analysis and artificial intelligence. Xi Jinping is fond of quoting an old Maoist adage: “East, West, South, North and Center – the Party leads it all” (东西南北中，党是领导一切的). Under Xi, not only has Mao’s dictum been added to the Party constitution, it is being upgraded for the information age. Party control stands to benefit from AI and big data technologies, most intensively trialled in Xinjiang. In the economy, the Party decides what the market rules are through close regulation. The Party is above the legal system, interpreting and changing laws as necessary.

This is how potentially controversial aspects of the CCP rule, like the duty of every citizen to spy for it, got into written law. Such explicit codification, acceptable to the Party as just crystallising common practice, did offer its critics a ready-made tool to push back by eliminating the aspect of plausible deniability.

That’s why references to the relevant legislation now regularly appear in Western warnings against Huawei as a security risk, notably the Czech one before Christmas. In a public document, it is much easier to point to an existing law than explain the intricacies of the Chinese political system that essentially mandates the same thing. It is also easier than bringing out classified information about actual incidents. In a society based on “rule by law”, rather than rule of law, it is the practice that matters more than the law — but to simplify the argument, it is more efficient just to point out the PRC’s own legislation. There it is in black and white.

The explicit national security laws have become highly inconvenient for the PRC in the current controversy around Huawei. The company’s Party-state-aided PR faces, paradoxically, the Sisyphean task of proving its independence from the Party-state’s whim. To square the circle, Huawei deployed a new tactic. In the Czech Republic, after trying a little intimidation by the local PRC embassy in Prague, and then some political pressure through their favourite interlocutors in the country, the latest weapon in the PR offensive is a recycled document, signed by a CCP member, presented as a “legal opinion” by a Western law firm, contradicting the firm’s own explicit disclaimer.

The “legal assurance” disputes the conclusion that PRC citizens are legally bound to assist in intelligence operations. It comes in the form of a legal document issued in the name of the British law firm Clifford Chance (not available online; in fact, marked as “confidential”, despite its rather wide distribution). Huawei has been touting this document as the final proof of its innocence. This past week, for instance, the director of Huawei Czech Republic, where the company faces increased scrutiny after a public warning by the country’s cyber-intelligence authority NÚKIB, presented it in a TV interview. It has been similarly employed in other countries, e.g., in a letter to the UK parliament.

The document is in fact a recycled eight-month old piece of legal advice written by two Chinese lawyers. Although, as seen below, this material has already received some public discussion, its newest distribution is portrayed as endorsed by a review from Clifford Chance, a law firm member of the China Chamber of Commerce in the UK (CCCUK, 英国中国商会) with extensive operations in China (which, as the Clifford Chance website puts it, “is emerging as the champion of globalisation and trade”), notably advising state-owned companies and a Huawei supplier. While Huawei PR materials authored by its top executive in Poland refer to advice including the Clifford Chance review as “independent legal opinions”, the review itself, seen by Sinopsis, contains an explicit disclaimer that the material “should not be construed as constituting a legal opinion on the application of PRC law”. The Huawei Poland document also provides a “Chinese government clarification” to endorse its claims: a statement by a Foreign Ministry spokesperson that PRC institutions don’t require backdoors.

The credibility of Huawei’s Beijing counsel as independent advice is arguably commensurate to that of the MFA “clarification”. The opinion, from May 2018, was prepared by Zhong Lun Law Firm (中伦律师事务所), a well-known legal practice whose founding and managing partner and deputy Party secretary Zhang Xuebing 张学兵, has also brought his qualities as an “outstanding Party member” to his positions at the All-China Youth Federation (ACYF, 中华全国青年联合会), a United Front organisation led by the CCP Youth League. The opinion for Huawei was coauthored by a CCP member, Chen Jihong 陈际红.

It is worth remembering that Chinese lawyers who openly challenge the CCP’s views face disbarment, imprisonment and torture. The Beijing Lawyers Association (北京市律师协会), which has had Zhang as chairman and Chen in committee positions, itself stands accused of complicity with the persecution of human-rights lawyers. Chen Jihong’s status as an “outstanding lawyer Party member” (优秀律师党员) makes him even less likely than a less-connected lawyer to dare contradict the Party-state’s defence of Huawei.

The Zhong Lun opinion is not new. Huawei seemingly commissioned it to defend itself from a proposed US Federal Communications Commission rule that would prevent the use of subsidies for purchases from suppliers “identified as posing a national security risk to communications networks or the communications supply chain”, in a measure of sufficient significance to the PRC state to compel it to raise the issue at the December WTO Trade Policy Review of the US. Beyond the US, Huawei PR materials cited the opinion in Australia half a year ago.

In the US, Huawei must now answer more direct charges than general observations about its background and position in the PRC’s Leninist system, including the existence of a “bonus program” possibly rewarding staff “for collecting confidential information” from competitors (p. 20). The Zhong Lun advice has been, in the meantime, repackaged and shipped to deal with European objections. The Australian and American experience doesn’t warrant a positive forecast on its effectiveness.

Sinopsis.cz is a Prague-based project tracking and analysing China’s growing footprint in the region, and beyond. Jichang Lulu is and independent researcher. Image credit: CC  Karlis Dambrans/ Flickr