The lamb goes quietly to the slaughter 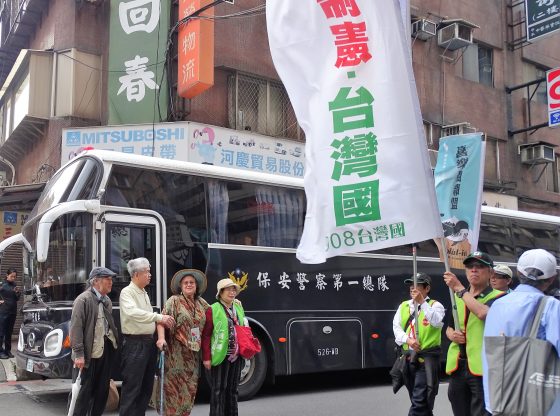 Recently, on 20 October 2018, diehard Taiwan Independence forces mustered by the chairman of Formosa TV, Kuo Pei-hung (郭倍宏), held a rally to push for a referendum on Taiwan’s future. A few days earlier, President Tsai Ing-wen declared that Democratic Progressive Party (DPP) officials and candidates who dared to attend the rally would face disciplinary action. However, doesn’t the 1991 charter of the DPP declare that the future of Taiwan (though it is still anachronistically officially named the ‘Republic of China’) is to be decided by a democratic process?

A large swath of DPP supporters, especially early members who joined the DPP when it was dangerous to espouse Taiwan Independence (TI), were enraged at the president’s threat. In the subsequent election of 25 November, local DPP candidates were routed and most of the social issue referendums fell to the conservative line of the resurgent Kuomintang (KMT), aided by forces linked to the People’s Republic of China (PRC). Estimates of the effect of the TI backlash to ‘teach the DPP a lesson’ have been in the range of 5 per cent to 10 per cent, due to voters either declining to vote or voting non-DPP. Meanwhile, small social activist and TI parties were unable to field enough candidates to make a significant mark in a progressive direction.

The point of my commentary here will be to discuss the wider long-term tendencies of nationalist sentiments in Taiwan and the possibilities of strategic action for self-determination.

There is hardly anything of significance to be learned from local reporting, even at election time. In her 2016 presidential bid, Tsai Ing-wen appropriated the KMT’s themes of competent administration devoid of a nationalist stance (although her election in effect capitalized on the 2014 Sunflower Movement, which rejected President Ma Ying-jeou’s cloaked capitulation to China). Likewise, in 2018 Su Chen-chang’s DPP campaign to be leader of New Taipei City highlighted the party’s competence, with adverts on the sides of buses promising lower garbage collection fees and free dentures for senior citizens. He didn’t win.

Several years ago DPP officials privately argued that according to opinion polls ‘Taiwan consciousness’ was building among the populace, and when the time was ripe the DPP would take a stance. This means of course that the DPP was opportunistically following rather than leading political trends. Both main parties have studiously avoided the issue of greatest significance for Taiwan’s foreseeable future: whether and when it will be taken over by China. Thus the KMT was successful in framing the issues in the smallest terms, focussing on immediate bread-and-butter matters, while China dangled a promise to boost the economy of Taiwan’s southern port city, Kaohsiung. Even though the DPP had markedly cleaned up the detritus of industrial pollution and created a city of pleasant grassy-banked canals over the last twenty years, it was still defeated in Kaohsiung.

But it is not simply an equation of Taiwan versus China, even if the Taiwanese media is now heavily controlled by China through its indirect financial clout. According to hearsay attributed to a reliable source in the DPP, throughout last year the United States exerted pressure on the Tsai Administration to suppress TI demands for a national referendum. That is of course in character with many past statements by US State Department personnel, as well as its labelling Chen Shui-bian (DPP President from 2000 to 2008) a ‘trouble-maker’ for suggesting a national referendum on Taiwan’s future. And so we come to the crux of the matter. Now all TI forces believe that Taiwan is abjectly at the mercy of the United States and must not dare to cross it, even by suggestion.

The internationalist vision of the past held by some TI forces has now fallen by the roadside. In fact, in the last several years I have had two direct verbal exchanges with the old socialist TI national liberation movement standard bearer, Su Beng (史明,born in 1918), before he became senile, and each time he asserted that Taiwan could not but look to the US to protect it from China. No hint at all that Taiwan could perhaps exert some leverage on Washington, or look beyond Washington. The predominantly right-wing TI forces, as well as the DPP, are now passively embracing the hope that the impetuous President Trump will bestow upon Taiwan an alternative future, instead of absorption by China. But the Shanghai Communiqué and China’s ‘One China’ interpretation of it continue to rule American policy, with no foreseeable change. Therefore, the diehard TI forces are unable to present a strategic alternative to the DPP’s ostrich posture.

Hence the Blue forces (aka the KMT) – aided by China – are likely to prevail over the long run. A resurgent China is busy penetrating multitudinous aspects of Taiwanese life in its free society, and it has the resources to do so. There are an estimated two million Taiwanese (including family members) in China pursuing careers and study, as well as two hundred thousand or so Chinese women married into Taiwan who are now well established and could be mobilized by PRC strategists. Many Taiwanese religious and cultural groups, such as most Buddhists and Taoists, look to exchanges of Chinese tradition with the officially-sanctioned religious fronts in atheist China.

One could argue that absorption by China is not the end of the world for Taiwan. China has been building a formidable infrastructure for continuing economic growth for its people, and its size allows it to become a great power which Taiwanese may eventually identify with as well. But a loss of the freedom and democratic process that has been achieved in Taiwan since the 1990s cannot but be painful. The examples of PRC interference in Hong Kong and the mass incarceration and cultural genocide of native peoples in Xinjiang make the possibility of rule by Beijing particularly distasteful. Since the arrest of Lee Ming-che (李明哲) in 2017, many Taiwanese activists have been fearful of visiting China.

If I could direct the policy of the DPP, I would craft a national referendum to rally the populace and illustrate to the world that the Taiwanese do not want to be taken over by Beijing. I would then utilize that as a bargaining chip to seek the best conditions for a resolution, e.g. a confederation that would allow some face-saving device for Xi Jinping as well as continuing autonomy for Taiwan. Delay today only achieves the continuing erosion of Taiwan’s position. Is such a solution achievable? I do not know, but the alternative to going down fighting is to succumb without a trace for future generations to look back to.

Linda Gail Arrigo retired from the Humanities and Social Sciences Faculty of Taipei Medical University in 2013. She participated in the 1977–79 Taiwan democratic movement that led to the Kaohsiung Incident trials in 1980 and later the founding of the Democratic Progressive Party in 1986. She is co-author, with Lynn Miles, of A Borrowed Voice: Taiwan Human Rights through International Networks, 1960-1980 (Taipei: Social Empowerment Association, 2008). Image provided by the author.