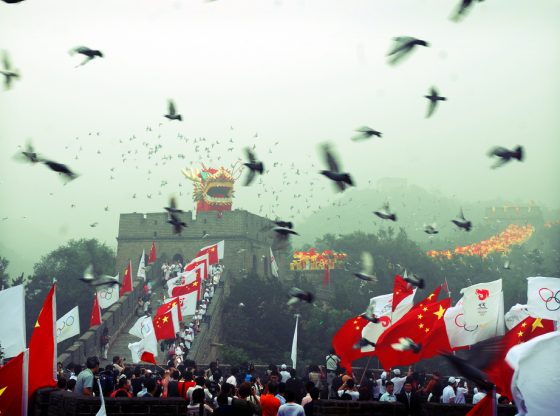 Underestimating the value of ‘soft power’ is the worst mistake any nation can make in this age of constant communication and connectivity. Defined as ‘the ability of a country to persuade others to do what it wants without force or coercion’, this term was first introduced by Joseph S. Nye in the 1980s. Since then, the term has often been used with reference to international relations and foreign policy. Emphasising that successful nations need to employ both soft power and hard power, Nye explained in his book Soft Power: The Means to Success in World Politics that the ability to enforce or ‘coerce others’ is not enough.

China’s soft power journey has been an arduous one beset by many hurdles along a route through Chinese culture, food, dress and architecture.

According to Nye, shaping perceptions, attitudes and preferences is as important for a nation’s security as traditional defence measures. An important power source that cannot be ignored, ‘soft power’ tools such as culture, ideals and values work to shape views and opinions globally. In this bracket, books, movies and media are the main protagonists, supported by universities, companies, foundations, and other societal institutions. Early Hollywood movies played a significant role in introducing the United States to the world, and entire generations of children grew up idolising cowboy heroes and the ‘American Dream’.

As a result, the global majority is today more comfortable with the American way of life and is drawn magnetically towards its fashion trends, food, culture and traditions. Even the English language has been a useful vehicle in furthering the American phenomenon, as it is the second-most widely spoken language after Mandarin and is considered the world’s ‘lingua franca’. Consequently, the US is not a superpower just because it is rich and powerful, it is the soft power giant of the world.

In comparison, China is gradually building up its soft power skills as it tries to increase its global presence with Confucius Institutes worldwide. Promoting Chinese culture and language, these centres have been a great success. Even the ubiquitous Chinatowns that can be found in big cities across the world play an important role as they introduce Chinese food, festivals and culture. Perceptibly, the main hurdle standing in China’s way has been language. Mandarin is not as widely spoken internationally as English, and the latter is also the favoured medium of instruction in educational institutions and most frequently used for educational curricula and syllabi.

Thus, China’s soft power journey has been an arduous one, beset by many hurdles along a route though Chinese culture, food, dress and architecture. Even the Beijing 2008 Olympic Games were structured and planned by the Chinese to market their culture and identity. However, where movies, books or the media are concerned, China has not made much headway, as Mandarin remains focused in the same regions in which it is spoken and has not successfully bridged continents, unlike English. For the most part, even the products China sells abroad are tailor-made for Western consumers with no spillover soft power effect.

According to the 2018 Soft Power 30 survey published by the University of Southern California’s Center on Public Diplomacy, the US, UK, France and Germany held the top slots for soft power, while China ranked 27th out of the 30 countries analysed. Even though this was an improvement on the 2015 survey, where China ranked 30th, clearly there is room for soft power development.

The Belt and Road Initiative (BRI; also known as One Belt, One Road, or OBOR) has grown to be China’s best-known brand today, and once completed it will be an effective means of global soft power and leverage. The Chinese global diaspora can also play an active role by spreading Confucian wisdom and values based on the concept of ‘ren yi’, translated as ‘benevolence’, ‘humanity’ and ‘love’, which exemplifies the ideal Chinese attitude towards life.

The US, meanwhile, was in 3rd place in 2017, although it remains top of the education index with the highest number of universities in the global rankings, international students and science journals published. As per the Soft Power 30 report, ‘The country [USA] is still unrivalled in higher education, cultural production, and technological innovation’.

With its unlimited dimensions, soft power is a critical part of the equation, even in regard to economic and political alliances. Tourists, students and cross-border migrants also play an important role as informal ambassadors. Crucially, it is positive people-to-people interactions that help to build lasting goodwill and trust.

Although ‘soft power’ does have limits and cannot deliver specific results, it is unwise to deny the influence the US has over global opinion due to its successful implementation of these methods. At the end of the day, winning hearts and minds can be more important than military success, and in the age of the internet, with its constant flow of information and narratives, perceptions are all that matter.

Sabena Siddiqui is a foreign affairs journalist and Sinologist focusing on the Belt and Road Initiative, the China-Pakistan Economic Corridor (CPEC) and South Asia. She also works as an op-ed writer at China.org.cn, South China Morning Post and Asia Times. Find her on Twitter @sabena_siddiqi. Image Credit: CC Flickr/Edwin Lee.