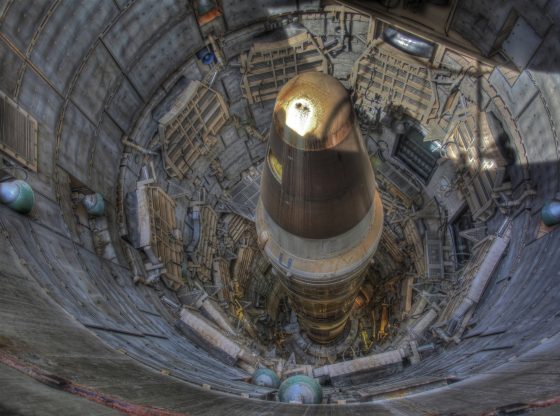 Apparent significant progress in North Korean denuclearisation should be treated with cautious optimism. If Pyongyang’s sincerity can be verified, there might be hope for a positive end-game.

On 1 February 2019, Bloomberg Business News reported that according to Stephen Biegun, the US Special Representative for the Democratic People’s Republic of Korea (DPRK), North Korea has promised to destroy all its facilities for producing nuclear bomb cores, the critical component which actually fuels the massive explosion from such weapons. What is significant about such progress in denuclearisation is that this promise covers both pathways to nuclear explosives fabrication, namely, plutonium processing and uranium enrichment.

If Pyongyang is truly sincere about demolishing all of its nuclear bomb core manufacturing facilities, this will ensure the permanent capping of the DPRK’s nuclear arsenal, leading to greater certainty in the management of strategic risk from the North. However, what remains to be seen is what concessions the Kim regime in Pyongyang will demand from Washington as a quid pro quo for hamstringing the growth of the former’s nuclear munitions.

Amid the gushing of dovish analysts who opine that this latest development shows that North Korea’s leader, Kim Jong-un, is genuine about implementing permanent denuclearisation, as agreed to in the joint declaration signed at the June 2018 summit between Kim and Trump in Singapore, it is prudent to be realistic about what can be expected in nuclear disarmament negotiations. Reasons for caution and cynicism include disappointments in the past, the problem of disarmament verification, and North Korea’s reluctance to disarm.

Concerning Pyongyang’s established track record of disappointing denuclearisation expectations, the most recent failure in negotiations serves as a prime example. On 29 February 2012, two years of diplomatic effort led to the signing of the ‘Leap Day Deal’, in which North Korea agreed to halt its missile and nuclear tests while allowing international inspections of its nuclear facilities. In return, it would receive 240,000 metric tons of food aid which would be monitored by US aid workers to discourage diversion to the military. But within a month, on 16 March, the Kim regime announced a planned satellite launch in April that would use ballistic missile technology banned under earlier UN Security Council resolutions. This quashed the ‘Leap Day Deal’ and is the latest in a series of failed denuclearisation negotiations pointing to the North’s untrustworthiness. Correspondingly, sceptical observers are disinclined to believe that the DPRK will honestly demolish all plutonium and uranium-related infrastructure this time.

Next, there is the issue of objectively verifying that the Kim regime has implemented the permanent decommissioning of the aforementioned facilities. Mass media insiders can attest to the ability of newspapers and television to mislead and misdirect, as much as they can clarify and inform. While international news crews might be invited to North Korea’s only plutonium facility in Yongbyon to film vital plutonium re-processing facilities being permanently dismantled, it means far less to see uranium centrifuges being crushed in a media event organised by Pyongyang. This is because, compared to the infrastructure for plutonium production, uranium enrichment plants are much easier to hide. For instance, it is known that Iran sites its uranium enrichment facilities underground.

Since North Korea has not submitted a comprehensive list of all its nuclear weapons, associated infrastructure or related capital equipment, there is no way of knowing if the uranium enrichment plant and machinery being destroyed represents the entirety of the DPRK’s holdings. Hence, the only fair assurance that the North is indeed doing away with its plutonium and uranium production capabilities is if the International Atomic Energy Agency (IAEA) is allowed to enter the country to verify compliance with declared intentions independently.

Additionally, it needs to be emphasised that it strengthens Pyongyang’s bargaining position to retain its nuclear weapons programme for as long as possible. Putting aside the position of hawkish scholars that the Kim regime will never completely relinquish nuclear armaments since these are seen as guarantors of regime survival, and giving Kim Jong-un’s denuclearisation discourse the benefit of the doubt, it can be assumed for argument’s sake that Kim would only be prepared to strike a grand denuclearisation bargain if the compensation was exceedingly valuable.

As Pyongyang no doubt realises that its nuclear munitions programme is the only thing that enables it to command international attention, thereby avoiding the obscurity accorded to other impoverished dictatorships, it must be expected that the DPRK will hesitate and prolong the process of plutonium and uranium production decommissioning until it receives compensation in full. It is after all in Kim’s interest to do this.

Lastly, if Special Representative Biegun and Secretary of State Pompeo, along with their North Korean counterparts, are able to agree on suitable US reciprocation, and the dismantling of the plutonium and uranium plants is verifiably accomplished, what form might future denuclearisation take?

Depending on several factors, such as the negotiating progress taking place during President Trump’s tenure (the next American president might not favour making deals with Pyongyang), and whether the US Senate is agreeable to a future peace treaty with North Korea, such a treaty, which has been a goal of the Kim regime for the past few decades, would be a weighty inducement to sizeable denuclearisation progress from the North.

As a quid pro quo for negotiations yielding significant progress towards a peace treaty ending the Korean War, Washington could ask for a declaration of the DPRK’s nuclear arms stockpile including warheads, missiles and weapons-grade plutonium and uranium. Verification of such an inventory might involve IAEA staff from neutral countries and possibly include the participation of Chinese officials so as to ease Pyongyang’s discomfort, since Beijing is the former’s only treaty ally. When such a treaty is signed, one agreed-upon concession from the North could be the relinquishing of set quantities of missiles, nuclear warheads and/or plutonium and uranium stocks.