Replaying history, or why the Philippines should participate in the Commonwealth Games 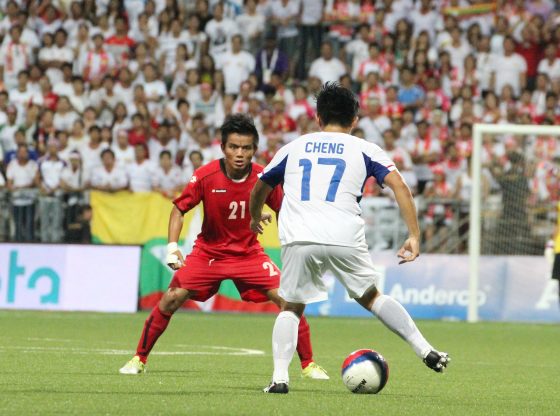 In what appeared to be the most controversial event in the recent 2018 Commonwealth Games, video replays confirmed England sprinter Zharnel Hughes’ infraction during the final stages of the men’s 200-metre race, resulting in a dramatic finish that eventually saw him stripped of the gold medal for impeding another athlete in the adjacent lane.

Since it was first used more than 60 years ago, instant replay has become a common officiating and broadcasting tool in most sports. However, just like in the aftermath of Hughes’ disqualification, the use of replays has been the subject of much debate and controversy. Many recognise its importance in correcting referee mistakes, and therefore in making competitions fairer. The technology also allows for slow motion, freeze frame, and other forms of video augmentation to enhance the experience of spectators.

However, there are many who also criticise its use for glossing over ‘imperfections’ that are part of the essence of sport, as well as its potential to ruin the most important historical moments in competitive events. Indeed, the use of this innovation offers both advantages and disadvantages, but overall its significance in giving people a sense of agency as part of competitive events contains a number of merits that even transcend the boundaries of sport.

The Commonwealth Games can provide an ideal arena for Filipinos to ‘play’ in a different league and, in a more symbolic way, to ‘replay’ their personal biographies and collective histories.

As a theoretical frame, instant replay can be a useful concept in historiography and in people’s assessment of historical events and processes. In particular, it can provide a unique insight into the contemporary significance of the Commonwealth Games. As an important global sporting event, ‘replaying’ history could reconnect the games’ imperialist history with its objective to create ‘a level playing field in a spirit of friendship and fair play’.

Would people from non-member countries find value in taking part in the Commonwealth Games? To answer this question as well as a few others that frame the subsequent analysis, this short essay proposes an ‘instant replay’ of the history of imperialism in the Philippines in order to explore historical and cultural rationalities for that country’s possible participation in this important sporting event.

Why might the Philippines be interested in participating in the Commonwealth Games? As the country moves further away from its long colonial history, which lasted from 1565 to 1946, the period is no longer viewed narrowly as the antithesis to the emergence of the nation but, in a more reflexive way, it is carefully re-crafted in relation to identity formation and the development of ‘new affinities’. These new affinities and loyalties result from the more recent processes of migration, transcultural diffusion, and the shared consciousness that are forged by sport and other collective activities.

With new historical evidence and emerging theoretical frames, ‘instant replays’ allow for the long-standing chronicles of colonialism and imperialism to be reconciled with more contemporary narratives of cosmopolitanism and globalisation. In this context, the Commonwealth Games can provide an ideal arena for Filipinos to ‘play’ in a different league and, in a more symbolic way, to ‘replay’ their personal biographies and collective histories.

First, the British occupation of Manila from 1762 to 1764 is the country’s strongest historical link to the Commonwealth. The two-year occupation came in the aftermath of the Seven Years War and it saw the temporary categorisation of Filipinos as British subjects. Second, the educational reform instituted by the American colonial regime in the early twentieth century resulted in the emergence of the Philippines as one of the largest English-speaking countries in the world. Third, the migration of a significant number of Filipinos to the United Kingdom since the 1970s has established ties which have strengthened the link between these two countries. There are about 140,000 Filipino immigrants currently living in the UK. Lastly, the admittance and ongoing application of some countries with no colonial or constitutional linkage to Britain into the Commonwealth of Nations has made Philippine membership legally tenable. For instance, Mozambique, which had been under Portuguese control, officially joined in 1995, while Rwanda, a former German and Belgian colony, became a member in 2009.

Apart from the historical, cultural and political links that support the Philippines’ admission into the Commonwealth of Nations, the rise of football in the Philippines underscores the cultural affinities that are forging a greater interaction between the two countries. The inclusion of Filipino-British players in the National Football Team (the Azkals) since the early 2000s has transformed the Philippines into a formidable squad, especially in regional competitions. This came as a surprise to many Asian countries, which have long viewed the Philippines as a rabidly basketball-playing nation. Locally, the rapid rise of the Azkals started a football frenzy which not only led to the rise in popularity of the British sport but also to an emerging interest in Filipino-British historical and cultural connections.

Interestingly, the increasing popularity of the British sport of cricket in Rwanda was used to demonstrate that country’s affinity with Britain as part of its application for membership of the Commonwealth of Nations. It was clear, however, that the African country’s main motivation was to sever its cultural and political ties with France. Although French is an official language (introduced during the Belgian colonial period) and Rwanda is a member of La Francophonie (the organisation of French-speaking countries), it has been at odds with France regarding the latter’s role in the 1994 Rwandan genocide.

In the same way, ‘replaying history’ would allow the Filipinos to realign their imperial bonds with Spain and the United States in order to plot a more complex network of historical, political and cultural affinities. Membership of the Commonwealth Games would give Filipinos a chance to ‘play’ in another major sporting event as well as a new opportunity to ‘replay’ their individual and collective narratives of tragedy and triumph, of exclusion and belonging, and of old ties and new solidarities.

Lou Antolihao is a Lecturer in the Department of Sociology at the National University of Singapore. He is the author of Playing with the Big Boys: Basketball, American Imperialism, and Subaltern Discourse in the Philippines (University of Nebraska Press, 2015). Image Credit: CC Flickr/ VOXSPORTS VOXER.