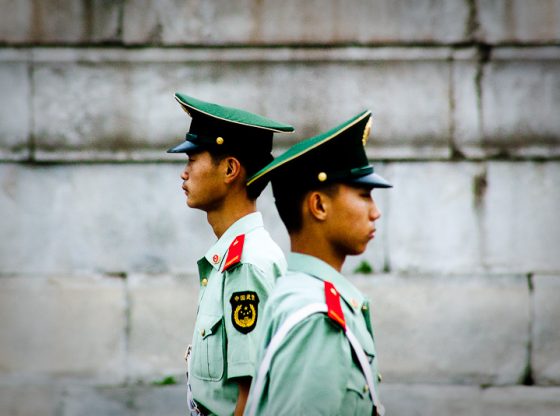 Section 1259b of the US 2018 defence spending law (Public Law 115-91) directed the US Defense and State Departments to assess the implications of China’s expanding global access for America’s defence. The report was released in January 2019 and its contents examine China’s military and non-military expansion in areas as varied as tourism, media, influence campaigns, investment projects, infrastructure, and access to foreign ports and military bases. It assessed the implications of such activities for US and Chinese military force posture, access, training, and logistics, as well as US strategy and policy for mitigating any detrimental effects resulting from enhanced Chinese access.

The report notes that the Chinese leadership has considered the first two decades of the twenty-first century to be a ‘period of strategic opportunity’.  Key Chinese strategic objectives are described as:

The focal points for achieving this have been President Xi Jinping’s ‘China Dream of National Rejuvenation’ to establish a ‘moderately prosperous society’ by 2021 and achieve a ‘modernised strong socialist country’ by 2049. China hopes to achieve an innovation-oriented status by 2035 while also advancing its military modernisation objectives.

The report notes China’s efforts to expand its international economic influence through the establishment in January 2016 of the Asian Infrastructure Investment Bank (AIIB) and the 2013 One Belt One Road (OBOR), an initiative which reflects Beijing’s desire to use economic means to advance its interests by integrating hard infrastructure development with trade and financial architecture across Asia, Africa and Europe. Beijing seeks to use OBOR to align partner countries’ interests with its own, deterring confrontation or criticism of Chinese policies on sensitive topics such as human rights and increasing these countries’ dependence on China.

Between 2006 and 2017, Chinese investments in Europe reached nearly US$299 billion, while the figure was US$223 billion in North America, US$120 billion in East and Southeast Asia, US$98 billion in South America, US$91 billion in Australia, US$85 billion in West Asia (including South and Central Asia and Russia), US$77 billion in Sub-Saharan Africa, and US$31 billion in the Middle East and North Africa (MENA).

Concern over Chinese intellectual property theft and risks to American law enforcement and national security interests saw Congress insert language into the 2019 defence spending law (Public Law 115-232) in August 2018 which prohibits the US Government from buying Huawei or ZTE telecommunications equipment and video or other telecommunications equipment from selected Chinese companies.

Militarily, Beijing seeks to exploit emerging domains such as cyberspace and space, maintain a strategic deterrence, and shift its strategic interests outward from offshore waters defence to ‘open seas protection’. It established a military base in Djibouti in August 2017 and seeks to develop military ports, rotational troops and military logistics facilities in countries as far apart as Cambodia, Greece and Sri Lanka.

The report also notes that China became the world’s fifth largest arms supplier between 2012 and 2016, with more than US$20 billion in sales to Indo-Pacific countries. Further, that China sold eight Yuan-class submarines to Pakistan in 2015, sold Unmanned Aerial Vehicles to Middle Eastern and North African countries such as Iraq and Egypt, signed a Memorandum of Understanding with Thailand in March 2018 to collaborate on military equipment and technologies, and in July 2018 announced it would donate a frigate to Sri Lanka’s Navy with the latter stating that it would lease Hambantota Port to China for 99 years.

China conducted naval exercises with Russia in the Baltic Sea in July 2017 and in the Sea of Japan and Sea of Okhotsk in September 2017. China also participated for the first time in Russia’s annual VOSTOK military exercise in Moscow’s Far East during September 2018, contributing 3,200 troops, 600–900 pieces of military equipment and 30 aircraft and helicopters in Russia’s largest military exercise since 1981. These measures reflect China’s desire to protect its increasing interests in areas as varied as the Indian Ocean, the Mediterranean Sea and the Atlantic Ocean.

Xinhua News Agency had 162 foreign bureaux as of 2017 and hopes to have 200 by 2020 as part of efforts to influence foreign media coverage of China. There are now Confucius Institutes at over 500 foreign campuses. China has restricted tourism to countries such as the Philippines and South Korea to express displeasure with the policies of these countries, and has used economic coercion to pressure countries such as the Dominican Republic and El Salvador to drop diplomatic recognition of Taiwan and switch such recognition to China during 2018.

American responses to China have included striving to build a more lethal military force by modernising its nuclear forces and its space and cyberspace capabilities, strengthening alliances and attracting new partners, while also working with these partners to counter Chinese coercion efforts, promoting market economics and good governance and augmenting partner capacity to ensure a peaceful and secure international rules-based order.

The US continues to fly, sail and operate wherever international law allows and promotes Freedom of Navigation programmes diplomatically, confronting China over market-distorting policies and practices, forced technology practices and cyber intrusions into American commercial networks. Both the executive branch and Congress continue working to update foreign investment and review export control authorities to stay abreast of rapid technological changes and ambitious Chinese technology transfer strategies. Desired outcomes include maintaining communication with America’s competitors while maintaining American competitiveness and protecting the US national security base through robust best practices in concert with allied governments and industry.

North Korean denuclearisation: Verification in a quid pro quo framework
Replaying history, or why the Philippines should participate in the Commonwealth Games