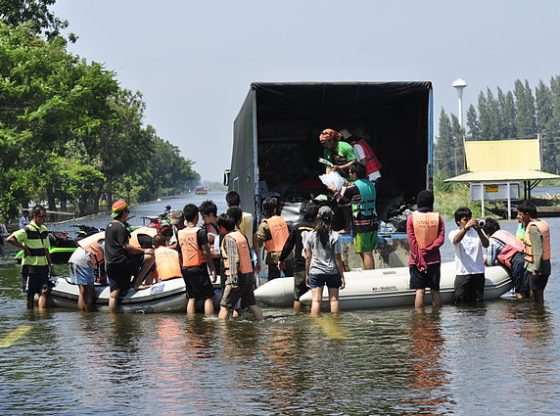 Non-governmental Organisation (NGO) private and governmental partnerships are a common feature in many countries, particularly in what are often referred to as ‘developing countries’. Within the area of health, it is a paradigm that has been widely promoted as a solution to the perceived failings of government responsibilities. When done properly, it can harness NGO and civil society power to support effective health policy-making and the delivery of health programmes. Notable examples within the global health landscape include the GAVI Alliances and the Global Fund to Fight AIDS, TB and Malaria. However, the success of these health programmes relies on wider changes in government structures and institutions.

Despite the good intentions of NGOs, it is true that harmful conduct through their programmes can at times have a detrimental effect. There is a growing body of evidence that has highlighted these weaknesses and harmful effects: the breaking of local economies and aid dependency are two of the biggest issues to emerge through the literature. Concerns have been raised with regard to the implementation, maintenance and operation of activities and initiatives once an NGO leaves the area at the end of a programme or project. However, the extent of the negative effects of NGO work remains unknown.

Reflecting on my current work of evaluating multi-stakeholder health interventions and my PhD research when I explored the role of NGOs delivering health policies in Vietnam, I was struck by a number of similarities between them: problems with a lack of communication, different languages (not just country-specific language but also stakeholder-specific language) and different working cultures.

So how can we resolve these issues? First, NGOs and governmental organisations need to put aside their conflicting philosophies and priorities. Overall, there needs to be a willingness shown by all stakeholders to build relationships, engage with each other and work towards common goals. This creates the possibility of linking local-level engagement with regional and national health initiatives which could bring about many benefits, such as utilising NGOs in pilot studies to test health policies and programmes at the local level prior to implementing them at regional and national levels. Thus, multi-stakeholder networks have the potential to become critical tools in coordinating and implementing health policy.

Second, from my own experience of studying NGOs in Vietnam, international NGOs need to take a more proactive approach in building appropriate relationships with government organisations and local authorities, as well as strengthening relationships with local NGOs. Although these networks hold much potential, there are several obstacles that must be overcome. In particular, there is often a lack of coordination and replication of programmes by international NGOs, local NGOs and local authorities. Furthermore, existing NGO networks vary from formal to loose coalitions between both governmental and non-governmental organisations.

Third, the concept of NGOs undertaking capacity-building as part of their work, whilst not new, is an area where potential opportunities to scale up activities exist. Complementary collaborations can have multiple benefits, including the enhancement of NGO activities and better integration of national health policy at the local level. Identifying and utilising the strengths of all actors involved can create opportunities for further capacity-building as well as strengthening existing relationships.

While the practicalities of NGO engagement vary in different contexts, in theory the consideration of collaborating with policy-makers, local authorities and government organisations can maximise the benefits of NGO activities in local communities. Examples include building collaborative partnerships with stakeholders who may have more expertise in a particular subject area such as climate change or education training. Utilising such knowledge and skills could improve the planning and development process of projects, as well as the emergency response to natural disasters.

But can this work in practice? Relationships and trust take time to nurture and build up, after all. Nonetheless, a multi-stakeholder approach was utilised to great effect during the 2011 floods in Vietnam. The floods affected both urban and rural areas, including Ho Chi Minh City and the cities of Hue and Da Nang, and the Vietnamese government was unable to cope with the civilian demand for assistance and aid due to the widespread nature of the floods.

In November 2011, the People’s Aid Coordinating Committee (PACCOM) sent out emails to all NGOs requesting assistance with the relief efforts. In particular, PACCOM asked for NGOs based near or in the affected urban areas to assist in both the coordination and operation of relief efforts. This was because NGOs working in these urban areas were equipped to identify and prioritise key districts in need of aid. Here, working closely with international NGOs proved successful in scaling up and improving flood relief assistance to those affected by floods in the urban areas.

Dr Stephanie Steels is a Research Associate at the University of Manchester. She is evaluating the Connected Health Cities programme, which is creating ‘learning healthcare systems’ in four regions in the North of England that utilise routinely captured health informatics to deliver better outcomes for patients and communities. She has over 12 years’ experience as a mixed methods and qualitative researcher with a multidisciplinary background in arts, humanities and public health. Image Credit: Wikimedia Commons.

Replaying history, or why the Philippines should participate in the Commonwealth Games
Continuing strains in Sino-Australian relations