A politics of hope: The new generation of Thai politicians 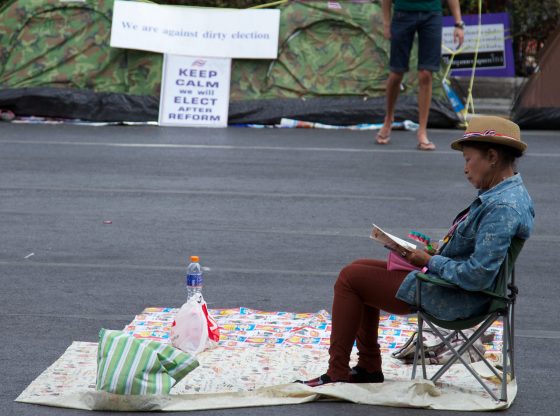 Having been postponed four times by the ruling military junta, a general election will be held in Thailand on 24 March 2019. The junta promises that the election will restore the country to peace and harmony following the coup in 2014.

The military junta’s repressive regime has led to an increased politicisation of the populace, amidst concern for equality, justice and freedom.

The 2019 election is a crucial one for many Thais who have been waiting to see ‘the changing face of Thailand’ after a decade of political crisis and the absence of elections since 2011. Meanwhile, the military junta attempts to control every aspect of Thai public life. The overuse of Article 44 of Thailand’s Interim Constitution (189 orders have been issued between 2014 and 2018) has led to several instances of human rights violations and increasing social discontent with the military dictatorship. However, the situation has also stimulated growing political awareness among Thais.

Meanwhile, the rise of a new generation in politics has presented a fresh challenge to the Thai military junta. The so-called ‘young bloods’ emerged following the ‘We want an election’ protest led by young political activists Rangsiman Rome and Sirawitch Serithiwat on 27 January 2018. Not since the 1970s has a student movement presented such a challenge. Despite the student leaders being charged with ‘sedition’ under Article 116 of the Thai Criminal Code, which suppresses freedom of political expression, several anti-junta activities calling for an election have nonetheless taken place in Bangkok, Chonburi and Chiang Mai provinces.

Finally, a new Thai political party, the Future Forward Party, was established in March 2018 by Thanathorn Juangroongruangkit, former Vice President of the Thai Summit Group, and Piyabutr Saengkanokkul, a legal scholar and former lecturer at Thammasat University. The party is supported by other young blood members as well. This new generation of politicians aims to modernise Thailand through the establishment of a true democracy.

Future Forward Party leader Thanathorn Juangroongruangkit commented: ‘The vision of our party is “the Future Forward–Thailand 2x” which means promoting equality among Thais and keeping pace with global trends. Everyone deserves rights and freedom, and they must be treated equally under the law. Democracy has to adhere to the power of the people. Thai people have more political awareness following the military coup of 2014, since they have been faced with the problem of military dictatorship. The crucial problem is the imbalance of power and lack of checks on the military government’ (personal communication with the author, 15 October 2018).

In another personal communication (10 October 2018), Arunee Kasayanoon, a young blood politician from the Pheu Thai Party, stated: ‘For many Thais, they need a democracy which they can touch and which can improve the well-being of the people.’ Similarly, Surabot Leekpai, son of the former Thai Prime Minister Chuan Leekpai, has said: ‘We should seek to cooperate, no matter who is in government or becomes the opposition, to seek common ground and search for people who are best in their respective fields. I believe the future of politics will be like that.’

The ‘young blood’ of Thai politicians is looking forward to hope and change in Thai politics, and they themselves represent a fresh choice for Thai people who are hoping for the ‘changing face of Thailand’. The politics of hope reflects the new political desire of Thai people following the 2014 military coup. The military junta’s repressive regime has led to an increased politicisation of the populace, amidst concern for equality, justice and freedom. Democracy is not merely an ideal; it is about the lives of people. This new political outlook will challenge the future of Thai politics and the upcoming election.