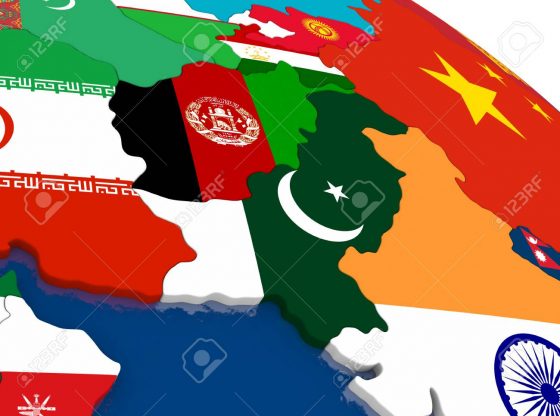 Geopolitics and connectivity are concepts that have found an essential place within Pakistan’s foreign policy discourse. Although overshadowed by security as the primary driver of foreign policy, their potential may become transformed into a lever for Pakistan’s regional political aspirations. By focusing on Pakistan’s relations with the Central Asian region within a geopolitical and connectivity nexus, this article discusses Pakistan’s main challenges and opportunities with regard to the neighbouring region, in an attempt to highlight the urgency of meaningful and productive engagement between the South Asian state and the Central Asian republics (CARs).

Pakistan’s engagement with Central Asia is not without issues. In the post-Soviet era, Pakistan is right to view the region’s significance from different perspectives, including geopolitical and geo-economic ones. Yet Pakistan’s policy in Central Asia remains lukewarm at best.

Regional politics has remained a contentious issue in South Asia. The region has not been able to flourish in a meaningful way in terms of regional economic and political integration. The existence of intense cultural and linguistic bonds has proven to be more of a hurdle than a help, fuelled by the Pakistan-India self-inflicted quandary. Pakistan’s geography (and India’s too) provides the potential to engage with the wider neighbourhood. In Pakistan it is common to hear that the country has been a ‘victim’ of geopolitics.

Pakistan has experienced two major geopolitical setbacks. The first was in 1971, when the loss of the country’s awkwardly located Eastern wing signalled the end of any geopolitical/connectivity nexus with Southeast Asia. The second factor was the collapse of the USSR, which created a recognition issue in regard to Pakistan’s geopolitical and geostrategic values. With Southeast Asia off limits for engaging in regional politics, the Central Asian region arguably represents one of Pakistan’s few opportunities for devising a meaningful, regionally-oriented foreign policy. (Pakistan’s relations with the Gulf region are intentionally excluded from this analysis.)

Despite this, Pakistan’s engagement with Central Asia is not without issues. In the post-Soviet era, Pakistan is right to view the region’s significance from different perspectives, including geopolitical and geo-economic ones. Yet Pakistan’s policy in Central Asia remains lukewarm at best.

Several factors have contributed to the current state of affairs. Afghanistan’s long war and terrorism are perhaps the principal factors that have lessened Pakistan’s involvement. Furthermore, the over-charged links between foreign policy and religious discourse in Pakistan do not generate similar responses among the more secular-oriented predispositions of the CARs.

Pakistan became a member of Central Asia Regional Economic Cooperation (CAREC) in 2010, and the country’s membership of the regional Economic Cooperation Organisation (ECO) dates back to 1985. Indeed, the China-Pakistan Economic Corridor (CPEC), which is associated with the vast Belt and Road Initiative (BRI), has rekindled and re-invigorated Pakistan’s discourse on geopolitics and connectivity, particularly in relation to CAREC plans (which existed before CPEC) for transport corridors.

Arguably, both CPEC and CAREC hold the potential to transform and re-direct Pakistan’s foreign relations towards Eurasia. Given that connectivity between the CARs and Eurasia, including CPEC, represents one of the few options Pakistan has in terms of regional politics, the acceleration of the processes involved has become an urgent matter.

It is not yet possible to translate the colourful lines on CAREC and CPEC maps into a functional foreign policy, however. Geopolitics remains in the realm of cartographic representations. Notwithstanding, the potential that emanates from the geopolitics/connectivity nexus has been abundantly discussed, both in Pakistan’s official discourse as well as that of CAREC, with the latter idealising the former as the hub of economic activity thanks to ports on the Indian Ocean.

Leaving the technicalities aside, the Southeast Iranian ports of Chabahar and Bandar Abbas also offer significant connectivity possibilities for CARs and beyond. Chabahar’s importance has increased due to it having been exempted from recent US sanctions towards Iran. While the dynamics that justify such action lie elsewhere, a new discourse of geopolitical recognition appears to be gaining some shape.

Moreover, the International North-South Transport Corridor (INSTC) that connects India to the Baltic Sea through Iran and western regions of Central Asia offers Pakistan’s neighbours connectivity possibilities beyond their regional scope. The geopolitical importance of INSTC in Pakistan, a non-participant in this programme, is best understood through the India-Iran partnership, and hence an irritant. However, the connectivity potential of this corridor should not be envisaged from a threat perspective, but rather as an addition to the economic and prosperity possibilities inherent in the concepts of corridors and, of course, connectivity.

Given recent developments involving Kashmir and India, Pakistan will have even less space to achieve any success with regard to South Asian regionalism. With Afghanistan’s future still far from clear, and despite a dose of optimism regarding the stabilisation of Pakistan-Iran relations, the reality is that Pakistan should not waste any more time and should instead establish a crucial and fully-fledged foreign policy towards Central Asia.

While CPEC constitutes an essential step towards a connectivity-oriented foreign policy, it cannot and should not be a substitute for an independent and dedicated policy towards Central Asia. What currently appears to be a disconnected set of initiatives across different projects could be transformed into a consolidated policy. Pakistan’s leadership could also consider joining INSTC, given its potential to reach Western Russia and the Northern European regions, which may constitute a relevant market for the country’s export ambitions.

In conclusion, Pakistan’s relations with Central Asia currently stand at a crossroads between development-in-progress, which is partly made possible by CPEC, and the lack of a more integrated and comprehensive foreign policy towards the CARs and beyond. Pakistan’s foreign policy needs to develop an integration task force in order to coordinate the vast array of possibilities offered by CPEC, CAREC and INSTC. With South Asian regional politics locked over rivalry with India, Pakistan needs to re-invent itself as a multi-regional country.

Maria Bastos is a Doctoral Researcher at the Department of Politics and International Relations, University of Westminster, UK. She is also an Assistant Professor at the School of Governance and Society at the University of Management and Technology, Lahore, Pakistan. Image Credit: CC by 123RF.