China’s military power: Modernising a force to fight and win 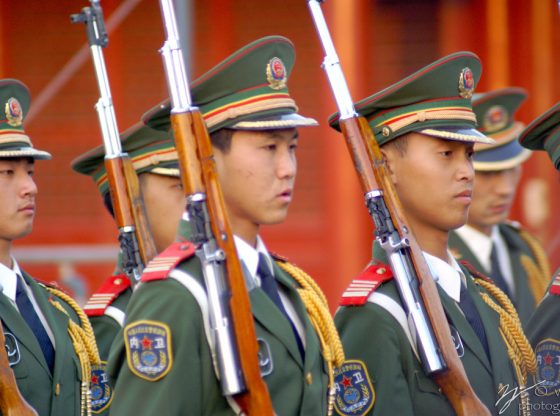 In January 2019 a US Defense Intelligence Agency (DIA) report analysed the ongoing developments in Chinese military power and capabilities.  The assessment noted that national defence had been accorded the lowest priority of the four modernisations established by Deng Xiaoping in 1978, coming behind industry, science and technology, and agriculture.

In recent years, however, China’s military has become increasingly important, and the DIA asserts that the military budget of the People’s Republic of China (PRC) increased by 10 per cent annually between 2010 and 2016, which has produced increased modernisation and addressed earlier capability shortfalls.

The 2015 reforms unveiled by Xi Jinping aim to make the PLA a more lethal force for conducting joint operations in order to compete successfully with the US military. Joint theatre commands have been established, and a new Joint Staff Department also intends to clarify command authority and facilitate the military transformation from peace to war. In his report to the 19th Congress of the Communist Party in October 2017, Xi calls for the PLA to increase its mechanised and informatised capabilities by 2020, become fully modernised by 2035, and be a first-class military by 2050.

In its analysis of the PLA, which includes its land, naval, airpower, cyber and space components, the DIA considers the PLA’s key strengths  to be long-range precision strike, information warfare, and nuclear retaliatory capability. Its key weaknesses are logistics, command structure rigidity and joint warfare.

Beijing’s key security concerns include Taiwanese independence, Uyghur and Tibetan separatism, potential challenges to Chinese control of disputed East and South China Sea areas, the Korean Peninsula, territorial disputes with India including the Doklam region, and China’s belief that the US military presence in Asia seeks to restrict China’s rise.

China has PLA military attachés in at least 110 countries serving to advance Chinese diplomacy. Peacekeeping, humanitarian and disaster relief operations as well as multinational combined exercises are also used by Beijing to enhance its geopolitical leverage.  Such cachet is further enhanced by many Caribbean and Latin American countries sending their military officers to study at PLA schools.

Beijing’s collective military capabilities are enabling it to reach potential adversaries across the globe, and its establishment of an overseas military base in Djibouti with a deployed company of Marines may lead it to be able to conduct operations in the Indian Ocean region and beyond. Other examples of increased power projection include the PLA Air Force (PLAAF) conducting four training exercises in 2015 past the western Pacific’s first island chain through the Bashi Channel and the Miyako Strait and coming within 1,500 km of the US territory of Guam.

In September 2016, then PLAAF Commander, General Ma Xiaotian, confirmed the development of a long-range bomber, and China expects to purchase the AN-225 transport aircraft, which is capable of carrying a nearly 254-ton payload, from Ukraine by 2019.  China is also building its first domestic aircraft carrier, which is expected to come into service in 2019 and will be able to project power through the South China Sea and into the Indian Ocean.

The DIA hypothesises that in 2017 the PLAAF was assigned a nuclear mission which may include the possible development of a strategic bomber and give China its first credible nuclear delivery system triad, encompassing air, sea and land components.

Despite its public stance against militarising space, the DIA assesses that the PLA is likely to continue developing its military space capabilities.  A Strategic Support Force (SSF) established in 2015 is consolidating China’s aerospace warfare capabilities and emphasising satellite launch and operation to augment PLA reconnaissance, navigation and communication requirements.

PLA doctrine stresses the need to destroy, damage and interfere with enemy communication and to provide early warning, navigation and reconnaissance satellites to blind and deafen opposing forces. China landed a spaceship on the moon in January 2019 and intends to assemble and operate a permanently inhabited and modular space station capable of hosting foreign payloads and astronauts by 2022. Disabling hostile cyber assets to defeat military operations against China also characterises Beijing’s military doctrine.

The PLA Navy (PLAN) is Asia’s largest surface navy, consisting of over 300 surface combatants, submarines, amphibious ships and patrol craft.  PLAN is transitioning from a coastal force to a blue-water force capable of conducting and sustaining operations far from the first and second island chains as part of the Offshore Defence and Open Seas Protection strategy inaugurated in 2015.

China’s Coast Guard (CCG) is used to conducting assertive actions to bolster Beijing’s maritime claims in disputed waters so as to reduce the possible escalation of risk. The People’s Armed Forces Maritime Militia (PAFMN) is an armed force which provides the PLA and CCG with muscle to bolster Chinese maritime claims such as harassing Vietnamese survey ships in 2011, and the PLAN Marine Corps (PLANMC) is PLAN’s combat arm which focuses on conducting offensive and defensive amphibious assaults in the South China Sea and potentially the Senkakau Islands.

A politics of hope: The new generation of Thai politicians
Assessing Pakistan in Central Asia: Geopolitics, connectivity and opportunities