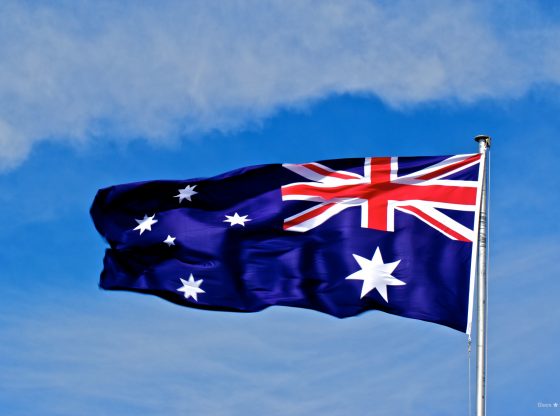 Australia’s China debate is frequently cast in terms of ‘doves’ versus ‘hawks’, with the former also receiving the tag of being ‘pro-China’ and the latter designated ‘anti-China’. In fact, the common ground between these two groups is expansive. For example, last month Geoff Raby, a former Australian ambassador to China, wrote a scathing commentary on China’s foreign policy under Xi Jinping. He said it had made other countries ‘more suspicious of its intent’ and that they have ‘begun resisting and pushing back’.

Yet Raby is widely regarded as being one of Australia’s foremost ‘pro-China’ voices. Australia’s China experts across the so-called pro-/anti-China spectrum have also lent their support to causes such as when Beijing detained two Canadian citizens in retaliation for Ottawa acting on its extradition treaty with the US. Similarly, there is an overwhelming consensus that economic engagement with China is in Australia’s national interest. With China now buying Aus$134 billion of Australian goods and services each year and supporting hundreds of thousands of jobs, it would be hard to sensibly argue any other position.

When real debate does occur in Australia about China, it can often be traced back to disagreement about the quality of evidence being offered to advance a particular view. For example, political donations are at the crux of claims that China is seeking to undermine Australia’s democracy and shift policy positions in Canberra in ways which are favourable to Beijing.

Last year, Rory Medcalf, the Director of the National Security College at the Australian National University, said: ‘A big part of the problem is that our [Australian] political parties have become dependent on foreign funding. In recent years the two largest donors to our major Labor and Liberal parties have been two Chinese-born billionaires… We saw a persistent increase in Chinese donations to Australian political parties since 2006–07, spiking in each Federal election from 2007 to 2016’.

This statement reflected alarm in media reports that emerged in 2017 – based on anonymous sources – that Australia’s security agencies had warned Australia’s political parties that donations may be a conduit for Chinese Communist Party (CCP) interference. At the same time, the security agencies were not accusing any donor of committing a crime, nor were they instructing political parties to stop accepting these donations.

The subsequent revelation that a junior opposition party senator had contradicted his party’s policy position on the South China Sea and espoused China’s position while addressing a Chinese-language media gathering and standing next to one of the donors served as a disturbing data point. Most recently, the Australian government denied the citizenship application and revoked the permanent residency status of one of the donors identified in media reports on the grounds that he might be ‘amenable’ to conducting acts of foreign interference and due to his ‘willingness’ to conduct such acts in the past, even though the security agencies did not provide specific examples of him having done so. The point is that concerns about political donations are legitimate and Australian media deserve credit for raising them. However, others argued that the entirety of the evidence base was less convincing than was being presented.

Far from being ‘dependent on foreign funding’, over the last seven federal election cycles, foreign donations – not just Chinese – have ranged between 0.03 per cent of total donations and 6.13 per cent. In the latest campaign period, which covered the financial year 2015–16, the figure stood at just 2.6 per cent. And contrary to the assertion that there has been a ‘persistent increase in Chinese donations’, data show that Chinese donations in 2015 and 2016, the two latest years for which data are available, were in line with the annual average over the past decade, less than half that recorded in 2008, and less than one-fifth that in 2014. Moreover, these data categorised donations from Australian citizens with significant business interests in China as ‘Chinese’. Reporting and commentary routinely failed to include such facts, despite being clearly relevant and publicly available.

What has not been revealed is also potentially significant. There are more than 550,000 Australian citizens and residents who were born in China. There are more than 300 members of the China Chamber of Commerce in Australia, including numerous state-owned enterprises. Yet only two donors of concern have been identified, and one of these is Australian. That he was born in China makes him no different to the nearly one in three Australian residents born overseas.

Joo-Cheong Tham, an academic at the University of Melbourne who specialises in the study of money in Australian politics, remarked: ‘It is not fanciful to suggest that a strand of scarcely veiled Sinophobia… seems to run through some debates over donations from Chinese companies… why is ancestry or country of birth presumed to be significant among “Chinese” political donors but not among others? This racialisation then trades on the dark ambiguity of the label “Chinese”, with an implication of interference by the Chinese government in Australian politics’.

The mechanics of how the donations of concern took place might also be instructive. Australian political parties approached the donors for money, not the other way around. Another fact is that even if donations were a conduit for CCP interference, there is hardly any evidence of Australian policy positions having shifted in response. On this point, the evidence is limited to a single speech by a single junior opposition party senator that was contrary not only to his own party’s well-established position on the South China Sea, but also that of the Australian government.

A report last year by the Australia-China Relations Institute at the University of Technology Sydney drew attention to claims made across a range of areas – from Chinese-Australians being disloyal to Chinese students attacking Australian academics – that struggled to be supported by a firm evidence base. This followed an open letter signed by more than 80 of Australia’s leading China scholars stating that the Australian media narrative about China too often puts a ‘sensational spin on facts and events’.

With few of the loudest voices in Australia’s China debate seemingly willing to qualify their positions, or concede they simply got the facts wrong, a degree of acrimony and division is set to remain. This is unfortunate, and will stand in contrast to broad agreement on many of the big issues.

James Laurenceson (@j_laurenceson) is Deputy Director of the Australia-China Relations Institute (ACRI) at the University of Technology Sydney. Image Credit: CC by Giacomo/Flickr.

Assessing Pakistan in Central Asia: Geopolitics, connectivity and opportunities
The state of the states: The crucial regional parties and the upcoming parliamentary elections in India. Part I