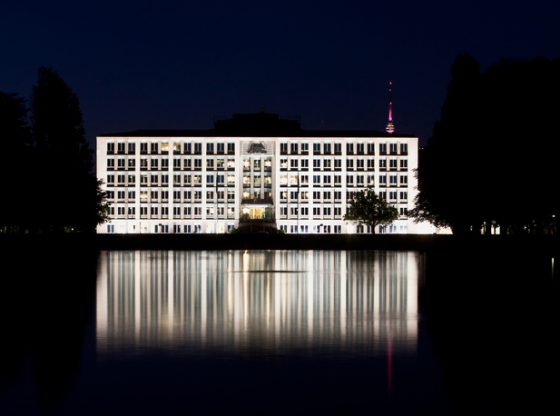 Australia may be something of an odd man out in the East Asian region, but it does have one thing in common with its neighbours: its policy-makers struggle to decide whether the rise of China represents more of a threat than an opportunity. There is, however, one thing that distinguishes Australia from most of its neighbours. No other country in the region, possibly in the world, has a closer strategic alliance and dependency on the United States than Australia.

Working out quite how to deal with ‘communist’ China would have been a challenge for Australia at any moment in history with this strategic legacy. It is, after all, difficult to think of two more unlikely and dissimilar partners than the People’s Republic of China (PRC) and Australia. If it weren’t for the importance of the economic relationship, of course, it is very likely that Australian policy-makers would be taking an even more hawkish attitude to China’s regional territorial ambitions than it already is.

There are plainly limits to the pacifying effects of economic interdependence, however. Despite China being Australia’s largest single export market and the principal cause of its record-breaking run of economic expansion, Australian policy-makers have gone out of their way to reassure their American strategic partners that they remain firmly committed to the alliance and ready to ‘do their bit’.

In this regard, too, Australia has an unmatched record of commitment towards its ‘great and powerful friend’, having fought in Korea, Vietnam, both the Iraq wars and Afghanistan. It’s even bombed Syria – though who hasn’t these days? With this sort of achievement record, China’s strategic planners might be forgiven for thinking that Australia might play another supporting role in any conflict with the US. Given that many countries are actively reconsidering their relationship with the erratic and unpredictable Trump administration, this sort of open-ended commitment is rather surprising. Luckily for Australia, perhaps, thus far the US hasn’t asked Australia to take part in freedom of navigation exercises in the South China Sea in what would be a very public display of anti-China resolve.

Just to be on the safe side, however, Australia’s defence forces are currently embarking on an epic, ruinously expensive modernisation process that has undoubtedly been driven by China’s growing strategic presence in the region. No doubt Australia is right to be alarmed by some of China’s actions and its apparent contempt for the ‘rules-based international order’ in which Australian policy-makers place such faith. But what difference can Australia’s acquisition of a new generation of unproven submarines make? If China is not deterred by the United States and its still formidable military capabilities, it is hardly likely to be influenced by Australia, no matter how many subs or new American-supplied fighters it decides to buy.

Australian strategic types are usually rather coy about specifying precisely what role Australia would play in any possible regional conflict, but it is not controversial to suggest that they would support American actions no matter how ill-conceived or self-interested they might be. After all, that is what they have done in every other conflict America has been involved in since the Second World War.

Given that we may be getting to the pointy end of the Sino-American struggle for supremacy in the Asia-Pacific, it is not inconceivable we may get to find out. At some stage, the Trump administration, or its successors, will have to decide whether it is worth risking war with China to maintain its position as the Asia-Pacific’s premier power. However, given the Trump administration’s instrumental ‘America first’ approach to the world generally, the answer to this question as well as the US’s continuing willingness to ‘bear any burden’ in defence of democracy and freedom cannot be taken for granted. Indeed, the Trump administration’s commitment to such values in America can no longer be assumed.

Consequently, there is a very real chance that Australian policy-makers are currently backing the wrong geopolitical horse. True, China has more than its fair share of domestic problems, and there is a growing pushback against its regional influence, but China isn’t going anywhere. Geography dictates that China will remain the principal influence on regional affairs in the foreseeable future, for better or worse.

This does not mean that Australia’s policy-makers have to embrace China or its values. But, as one of Australia’s most thoughtful analysts, Hugh White, points out, it may mean coming to terms with a region in which the US is either absent or has to share power and authority with China. There is little sign that Australia’s strategic community is ready for this practical and intellectual challenge. Spending lots of money that the country doesn’t have on bigger bombs is unlikely to solve Australia’s foreign policy dilemmas.

Getting together with other regional powers such as Japan, Indonesia, South Korea and possibly India just might, however. At a time when both the US and China are failing to offer leadership on real problems like climate change, someone has to think seriously about the future of the region and encourage the so-called superpowers to behave well. At this moment in history, it ought to be the collective rather than the national interest that is at the forefront of policy-makers’ minds. Now there’s a ‘forward-leaning’ strategic goal to get behind.

Mark Beeson is Professor of International Politics at the University of Western Australia. Image Credit: CC by Michael Dawes/Flickr.