The state of the states: The crucial regional parties and the upcoming parliamentary elections in India. Part II

Home /India, Indian Elections 2019/The state of the states: The crucial regional parties and the upcoming parliamentary elections in India. Part II 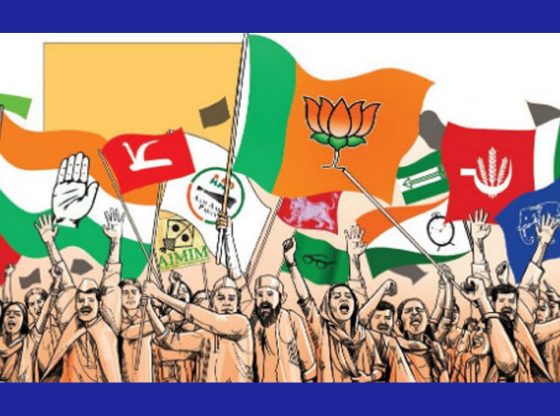 This is the second instalment of my series which monitors pre-election developments in six large Indian states. I have decided to follow the progress of a few regional parties and their relations with the national coalitions, assuming that if a decisive winner does not emerge, then these parties may emerge as crucial players. The first instalment covered recent events in Maharashtra, Bihar and Tamil Nadu up until 20 February. This second piece will look at Uttar Pradesh, West Bengal and Andhra Pradesh over the same period.

As of now, a three-cornered battle is expected in India’s most populous state between (1) the BJP and its smaller regional allies, (2) the Indian National Congress (or just Congress), BJP’s main rival at the national level, and (3) two important state-level parties, namely the Bahujan Samaj Party (BSP) and the Samajwadi Party (SP).

Some recent disputes between Congress and the BSP-SP seem to confirm that Congress will not cooperate with the two regional parties against the BJP. However, it is also plausible that the SP in particular would rather support Congress than the BJP following the elections. It is also still technically possible that despite their current rivalry, Congress and the BSP-SP could negotiate a seat-sharing agreement behind the scenes.

Nonetheless, recent events remind us that the SP remains troubled by infighting, which appears as a political soap opera to the outside observer. The main conflict is between the founder of the party, Mulayam Singh Yadav, and his son, the current party leader, Akhilesh Yadav. Mulayam Singh Yadav has been sending some utterly confusing signals, seemingly offering his support to three rival parties within just a few days. He also attended the rally of a new party established by his brother, but then asked that gathering to support his son’s party.

On another occasion, however, he expressed a wish that Narendra Modi should return as Prime Minister. This stance is most baffling, given that Yadav and Modi are ideological rivals, but it is yet another signal that Mulayam Singh Yadav, the old patriarch of the party, may spoil his son’s chances, turning the internal family feud for leadership of SP into defeat of the entire party (something that already happened at the last state elections).

The ruling regional party, the All India Trinamool Congress (AITC), and its leader, Mamata Banerjee, have been at the forefront of criticising BJP and Modi, having recently organised a huge rally attended by leaders of various parties. Some of the most crucial leaders to attend represented non-aligned parties – i.e. those not in alliance with either the BJP or Congress. But there is no room for a third front in Indian politics (that is, a non-aligned movement of Indian parties) to take shape now, as Banerjee should know.

Perhaps her recent dramas were needed to cover up the scandals that have erupted in her state and to mobilise the electorate against Modi. While the AITC is now a vehement anti-BJP force and could be expected to support Congress if there is a hung parliament, it should be remembered that Banerjee’s party used to be part of the BJP’s coalition in the past.

Internally, the politics of West Bengal will face a paradox. At the national level, Congress may need the support of the AITC (if it has any chance of winning at all, that is). At the state level, however, the main battle will be between the AITC and the coalition of Left parties (as they are called, although the coalition is dominated by two Communist parties).

It is now being reported that in West Bengal Congress may enter a tactical seat-sharing agreement with the Left parties against the AITC, which would mean that the Congress/Left alliance may undercut the AITC in West Bengal. Yet by adopting this tactic at the state level, Congress may hurt itself at the national level, since the AITC could eventually serve as an important counterweight against the BJP when the votes in the general elections are counted. The Left parties are sure not to support the BJP, hence Congress is likely to garner their support anyway. But the AITC appears much more popular than the Left in the state at present.

By and large, however, the main fight in West Bengal will be all about Mamata Banerjee’s popularity. The clash will be between the AITC and the Left, while the BJP and Congress will play only minor roles.

There is no major news to report at this point. A critical juncture to watch out for would be if the regional Telugu Desam Party (TDP) joined the ranks of the Congress alliance against the BJP. A minor version of this would be if the two parties entered a seat-sharing agreement.

Within Andhra Pradesh, it is Congress and the TDP which are the two most important parties. Thus they are bound to collide for as long they feel their struggle would not benefit a third party such as the BJP. Apparently they do not at present, because to date it is being reported that no seat-sharing agreement is to be signed. Furthermore, the leader of the TDP, Chandrababu Naidu, was seen at the rally of Mamata Banerjee. This may, though not necessarily so, indicate that he will not be inclined to support a BJP-led coalition when the government is formed.

Krzysztof Iwanek is Head of the Asia Research Centre at the War Studies University in Warsaw, Poland, a regular contributor to The Diplomat and an irregular contributor to Lowy Institute’s The Interpreter. He also teaches the history of India at the University of Warsaw and used to teach Hindi at Hankuk University of Foreign Studies, Republic of Korea. His main fields of interest are contemporary Indian history and politics.  Image Credit: CC NewzzMaster.

Australian strategic policy and the China challenge
The illusion of personal diplomacy: Can Trump outsmart Kim in Hanoi after disappointment in Singapore?