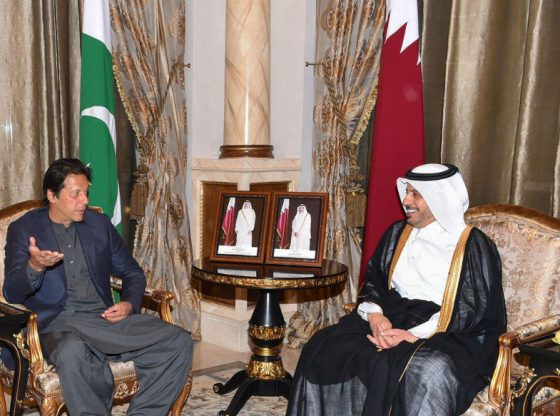 Pakistan and the Gulf Cooperation Council (GCC) countries share friendly relations, initially premised on religion and now encompassing strategic and economic ties as well. Last year saw the advent of a new government in Pakistan under the leadership of Imran Khan. During his victory speech in August 2018, Mr Khan stated that Pakistan would play the role of a healer in the Middle East.  On 26 November 2018, Imran Khan’s party completed 100 days in power. The performance reports for the occasion cited ‘re-setting relations with key partners including Saudi Arabia and the UAE’ among its main accomplishments.

Relations between Pakistan and the GCC is the diplomatic tightrope Pakistan has to face when dealing with Iran and Saudi Arabia.

Indeed, it seems that Mr Khan has been pursuing a policy of strengthening relations with all countries, especially those in the Middle East. Official visits by the Prime Minister to Saudi Arabia, UAE and Qatar are prime examples. But underlying this dedication is the fact that Pakistan’s economy is in dire need of financial assistance, and the rich GCC states can provide just that. The recent visit by Crown Prince Mohammad bin Salman is being viewed as a financial breakthrough for the Pakistan government.

Of course, as with every relationship, there are problem areas in the Pakistan-GCC relationship, two of which this article will address: migrant workers and relations with Iran and Saudi Arabia. With a new government in place, this is an ideal opportunity for Pakistan to iron these differences out.

First of all there is the migrant issue. Human resource exports to the GCC began on a large scale in 1975. More than 95 per cent of the Pakistani migrant labour force reside in Saudi Arabia (5.0 million) and the UAE (3.6 million) alone, according to the latest figures circa 2018. Qatar hosts almost 160,381 Pakistani migrants.

Many Pakistanis spend up to US$ 9,000 to find a job in countries like Saudi Arabia – in some cases spending fourteen times their monthly salary for job opportunities in the Gulf. However, due to poor visa facilities, these migrants prefer the more costly, back-door channels to make their way to the Gulf. Many also fall prey to scam companies due to a lack of regulation. Then there are the plausible reports of migrant abuses such as misemployment and maltreatment. The rift between the GCC and Qatar is also causing migrants difficulties in the form of transit and passport renewals.

The second thorn in relations between Pakistan and the GCC is the diplomatic tightrope Pakistan has to face when dealing with Iran and Saudi Arabia. While Pakistan maintains deep ideological and military ties with Saudi Arabia, it thinks of Iran not only as a neighbour, but also as a potential trading partner.

Nonetheless, it is important to note as well that external factors such as the notion that Iran is a competitor for influence in the Middle East have cast a negative shadow over the Pakistan-Iran relationship. Pakistan cannot afford to have sectarian strife in the country, especially since it has a sizeable Shia population. However, the importance that Islamabad gives to Iran can be seen by how, in the first six months of his tenure, General Bajwa gave prominence to showcasing Islamabad’s neutrality: after his visit to Riyadh in 2017, he made a similar trip to Tehran.

These issues are of great significance and need to be resolved urgently. As far as the migrants are concerned, the Pakistani government needs to take practical steps such as establishing emergency funds to compensate workers who have been subject to fraud. Along with GCC governments, Pakistan’s government needs to regulate the companies and filter out those involved in fraudulent activities. Moreover, the stakeholders in the migrant economy  – i.e. the governments of Pakistan and the GCC – need to invest in worker training. The training should not only encompass awareness of worker rights, but it should also enable workers to acquire basic work skills and help them to increase their competitiveness in the job market.

With both Saudi Arabia and the UAE now investing in projects in the port city of Gawadar, which is literally on the doorstep of Iran, it is important that Pakistan makes its neutral stance very clear. Otherwise, it may well find itself immersed in proxy wars within its territory.

Pakistan could potentially be the bridge to understanding between the GCC and Iran. Hence the troika between Pakistan, Saudi Arabia and Iran should not only be viewed as a challenge but also as an opportunity in regard to increasing trade for the entire region. Simultaneously, the GCC must understand and respect that Pakistan cannot take part in any bilateral tug of war in the region.

Again, Pakistan needs to be very clear about its neutral stance. The China-Pakistan Economic Corridor (CPEC) is already being implemented and the Gulf countries have a window of opportunity to be part of the benefits of CPEC. Hence, forming a progressive relationship is not only a golden opportunity for Pakistan, but for the GCC as well. It will also contribute constructively to the broader regional economic, political and security framework.

Arhama Siddiqa is a Research Fellow at the Institute of Strategic Studies, Islamabad, Pakistan. Image Credit: CC by News18