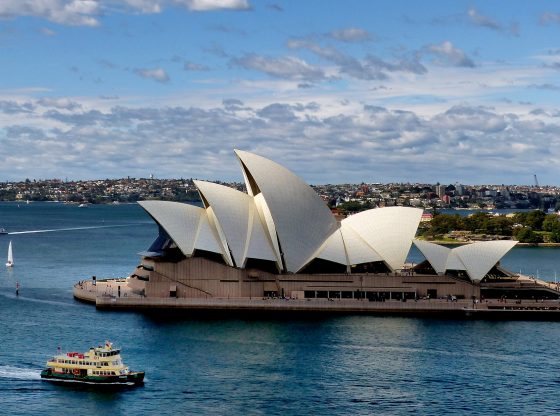 Judging from the rhetoric of political leaders alone, the Australian government has in the last six months carefully modulated its tone in respect of relations with China. In August 2018, the then-Prime Minister Malcolm Turnbull delivered a conciliatory speech that was hailed as a ‘reset’ of sorts in the bilateral relationship. The current Prime Minister Scott Morrison has continued with this approach, and the Labor party led by Bill Shorten, tipped to win this year’s federal election in May, seems set to chart the same course.

These statements stand in sharp contrast to the tougher talk that characterised government statements in 2017. At that time, the generally cautious diplomatic utterances favoured by governments since the establishment of diplomatic relations in 1972 were shunted aside in favour of more pointed language. The then-Foreign Minister Julie Bishop called on China to democratise, whilst Malcolm Turnbull invoked a quote popularly attributed to Chairman Mao in introducing rigorous legislation targeted at foreign influence and interference. Marise Payne, the then-Defence Minister, also appeared to endorse the US national defence and security strategies which termed China a ‘revisionist power’ and ‘strategic competitor’.

Nevertheless, despite the more recent softening in tone emanating from the leaders’ speeches and comments, there is a discernible hardening of the attitude in Canberra towards Beijing. This again throws up the challenge, perhaps in a more intense way than ever before, as to how Australia should balance its interests and values. In other words, how can Australia maintain one of its core interests – continuing a prosperous economic relationship with Beijing – whilst standing up for its values and principles in the face of the increasing authoritarianism and assertiveness of Xi Jinping’s China?

On both sides of the political aisle in Australia there appears to be support for a more robust policy stance vis-à-vis China. There was broad bipartisan support for legislation to counter foreign interference and a ban on foreign political donations following concerns about growing Chinese influence in Australian politics. Support for the decision to block Chinese companies Huawei and ZTE from involvement in the roll-out of Australia’s 5G network likewise transcended the political divide. There has also been political bipartisanship on strategies to balance China’s regional rise, including a concerted effort to forge closer ties with Pacific nations and a strong commitment to the revived Quadrilateral Security Dialogue.

Investments from China into critical Australian infrastructure projects are typically accompanied by fraught debate and discussion, with several high-profile knockbacks in recent years. Concerns about Australia-China research cooperation was the backdrop against which the Department of Defence proposed to extend its powers to oversee international research partnerships. This suite of proposed powers includes controlling the supply of all technology to research partners and performing searches and seizures without a warrant.

Most recently, an Australian permanent resident with a mainland-Chinese background, Huang Xiangmo, appeared to be the first to be ensnared by Australia’s foreign interference legislation, with intelligence agencies reportedly deeming him ‘amenable to conducting acts of foreign interference’. This resulted in the revocation of his permanent residency and the rejection of his citizenship application. Australia’s intelligence agencies had previously warned Australia’s major political parties about taking political donations from him.

What are the drivers behind this harder line on China?

In the face of China’s rapid rise over the years, Australian governments had continued to adhere, more or less, to their traditional China policy post-1972, setting aside differences in values and pursuing shared interests. Despite the divergence in its economic and security interests – with Australia’s major trading partner since 2007 for the first time being a country with a different political system – the assurance of the US as a security guarantor in the region meant Australia’s established China policy could comfortably continue.

However, the election of President Trump and the possibility that a post-Trump era will not herald a return to ‘business as usual’ in US foreign policy have fostered a deeper sense of anxiety as to the future of the strategic balance in the region. In speeches and briefings the American administration continues to soothe its allies about the US continuing to remain ‘active and engaged’ in Asia, but arguably it has yet to articulate a cohesive, workable Asian engagement doctrine which has staying power. It is true that the US has pledged its commitment to a ‘Free and Open Indo-Pacific Strategy’, but nonetheless it remains lacking in coherence and strategic heft.

This has been thrown into even sharper relief by actions undertaken by China which have increasingly generated ever more uncertainty about its international character. China’s mass internment of its Uyghur minority in Xinjiang is a particularly egregious example. Added to the mix is its seeming tit-for-tat response to Canada’s arrest of Huawei executive Meng Wanzhou in December 2018 by detaining 13 Canadian citizens.

China’s actions are compounded by an opaque legal system, used recently, for example, to revise a Canadian prisoner’s 15-year sentence to an execution and to delay legal recourse to detained Australian author Yang Hengjun. It has adopted pugnacious tactics to force its worldview on others, such as its campaign to pressure businesses around the world to comply with its One China policy, and it has engaged in various instances of diplomatic bullying, such as forcing the ejection of a Taiwanese delegation to the Kimberley Process chaired by Australia in May 2017.

In 2017 former Australian ambassador John McCarthy observed that ‘values play a proportionately larger part in the conceptualisation and practice of Australian foreign policy than is the case in most other Western democracies’. This seems to be the case especially when it comes to tackling issues and relationships that are viewed through a security prism.

The formulation put forth by Tony Blair that ‘post 9/11 our security is best guaranteed not just through traditional military and intelligence means but by our values’ seems to have had particular resonance for Australian policy-makers. However, until recently, those values were seen to be under threat from Islamic terrorism and primarily in the Middle East, where Australia has no core strategic or economic interests of its own.

China’s rise, however, coupled with a US president giving voice to foreign policy fatigue in America, presents an altogether new dilemma for Australian policy-makers. Australia’s values are being challenged much closer to home, and by a power which still undergirds Australian national prosperity. Commentators in Australia have long made the point that the practice of the nation’s foreign policy would get that much harder. That moment is well and truly here.

The illusion of personal diplomacy: Can Trump outsmart Kim in Hanoi after disappointment in Singapore?
Pakistan’s relations with the Middle East in the era of Imran Khan