2019: Australia, China and the South Pacific 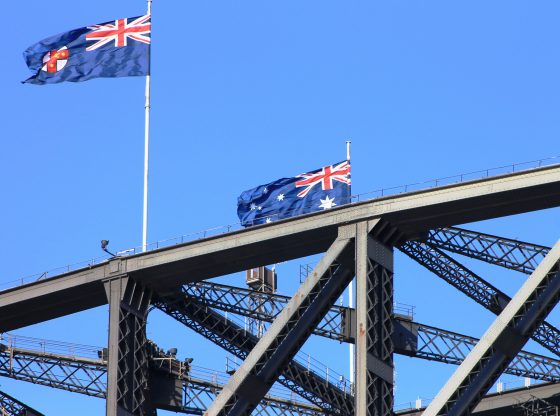 The Australian Budget will be delivered on 2 April this year, which indicates that the Australian Federal election will take place in May 2019. An Ipsos poll conducted from 12 to 15 February 2019 with a sample size of 1,200 Australians found that the opposition Labor party, led by Bill Shorten, is the frontrunner to win with a 51–49 lead over the incumbent Liberal party leader and Prime Minister, Scott Morrison.

After seven years of Coalition party rule under Liberal party leaders Tony Abbott (2013–2015), Malcolm Turnbull (2015–2018) and Scott Morrison (2018–present), what will a Labor-led government mean for Australian foreign policy in its traditional sphere of influence, the South Pacific?

Under the Coalition, the South Pacific became a region of geostrategic competition between the traditional Pacific power, Australia, alongside its long-time ally, the United States, and the relative newcomer, China. Such activity intensified during an 18-month ‘diplomatic chill’ between Australia and its number one trading partner, China, during which time Prime Minister Turnbull sought to introduce anti-foreign influence legislation into the Australian parliament.

The law, which successfully passed through the Australian Senate on 28 June 2018, requires lobbyists for foreign governments to identify themselves on a public register, and it also expanded the range of espionage offences. Australian media reported that the legislation was inspired by a top-secret report commissioned by Turnbull’s office in partnership with Australia’s domestic spy agency, the Australia Security Intelligence Organisation, in August 2016, which reportedly found examples of Chinese government plots to interfere with Australia’s political system. China has denied such claims.

During the Coalition’s period in office, the government demonstrated a determination to step up its engagement in the South Pacific out of concern at China’s growing influence in the region. Key examples include Australia’s strong opposition to a China-led redevelopment of Vanuatu’s naval base, and its partnership with the US to redevelop Papua New Guinea’s (PNG) Manus Island port.

In April 2018 Fairfax Media reported that China had approached Vanuatu about constructing a military presence on its islands. The prospect of a Chinese military base a mere 2,000 kilometres from the Australian coast caused consternation in the Australian government, with then Prime Minister Turnbull telling local media that ‘we would view with great concern the establishment of any foreign military bases in those Pacific Island countries’. Vanuatu denied the China rumours, but the public outcry from the Australian government sent a strong signal to China that Australia would not allow any unwanted foreign military encroachment in its self-defined regional sphere of influence.

The Coalition’s strategic competition with China in the South Pacific was further accelerated with the announcement by Prime Minister Scott Morrison on 1 November 2019 that Australia would work with PNG to upgrade its Lombrum naval base. Australia was planning to provide PNG with guardian-class patrol boats as part of the Maritime Security Programme and needed to redevelop the port to accommodate the new boats.

Australia’s decision was seen to be driven by speculation about the Chinese proposal to expand the port facilities on Manus Island, given that private Chinese firms had already participated in the expansion of three other PNG commercial ports. Washington decided to partner with Canberra on the Lombrum base, with US Vice President Mike Pence announcing this at the APEC summit on 17 November. Pence’s announcement led to speculation that there was potential for the US Navy to visit the base and that it could one day become another strategic outpost for the United States.

So how will a Shorten-led government differ? On 29 October 2018, Shorten articulated his vision for Australia’s foreign policy under a Labor government at Sydney’s Lowy Institute, focusing on Australia’s relations with both the South Pacific and China. He said that his government ‘will seek to engage with the Pacific through partnership, not paternalism’ and indicated that his government would have a development-led agenda in the region. He articulated a vision where the islands of the South Pacific would make Australia their ‘partner of choice’ when it came to infrastructure projects and defence partnerships because of Australia’s position as a trusted equal. The narrative of strategic rivalry between Australia and China in the South Pacific was replaced with a softer approach in which Australia sought to engage with its neighbours on an equal footing.

Shorten’s first commitment was to reconstitute the role of Minister for Pacific Affairs and International Development in the new Cabinet, which had been relegated to Assistant Minister status by Prime Minister Morrison. Shorten said this move would be ‘proof of how seriously [Labor] take the Pacific and the people who call it home’.

Shorten’s vision is for Australia to facilitate concessional loans and financing for essential nation-building projects through a government-sponsored infrastructure investment bank, and he said that private firms would be encouraged to ‘invest in projects that drive development’. It remains to be seen whether the use of concessional loans will replace existing Australian aid projects and also whether the island nations which are already heavily indebted to foreign nations will be able to access the loans.

Shorten is signalling that Australia may be looking to a shift in its South Pacific foreign policy after the election. After a tense period in the Sino-Australian relationship, where strategic rivalry in the South Pacific played a key role in prolonging frosty relations, perhaps we will see a change of course for Australia and China in the Blue Continent.

Alice Slevison holds a master’s degree in International Relations from the University of Melbourne, and is the Senior Asia-Pacific Analyst at a London-based political risk firm. She has previously worked for the Australian government in Canberra and at the Australian Strategic Policy Institute. Image Credit: CC by Mertie/Flickr.

Programming Languages and Rails Girls: On refactoring the social norm
The plight of unemployed PhD graduates in Pakistan