Gender, Women and Buddhism in Taiwan 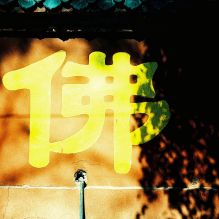 Women have long been second-class beings in Buddhism, occupying a status well below that of males. They were said to invite disasters and to be polluted, temptresses, dull, flirtatious, vain and too flighty to cultivate themselves sufficiently to become arhats or enter Nirvana. Moreover, women bore a “karmic burden,” being inherently inferior to men. According to the Eight Strict Rules (Garudhammas, 八敬法), nuns were required to act deferentially toward monks in all circumstances. More charitably, the burdens of being wives and mothers were said to make self-cultivation extremely difficult for them. However, as the Buddha explicitly stated that women could achieve enlightenment, their inferior status undoubtedly reflects the status of women in the societies that gave birth to or embraced Buddhism, rather than the content of his initial teachings.

This view of women, be they laity or cleric, still exists in Chinese Buddhism. A Foguangshan (佛光山) nun said she encountered them for the first time while accompanying Ven Xingyun (星雲) to China in 2007 where he taught for a few weeks at a monastery near Guangzhou. She noticed that only monks attended his lectures, so she asked the local abbot what curriculum the nuns studied. “Study?” he asked, “Study? Why do they need to study?” She asked again, didn’t the nuns need to learn. “Gardening is enough for them,” he replied, “growing vegetables and doing some good deeds.”

Although there are still conservative voices among Buddhists in Taiwan, the status and roles of women in socially engaged Buddhist groups is, while not completely equal, much higher than in the past or than in other Buddhist populations. Socially engaged Buddhism (renjian fojiao  人間佛教) was developed by Ven Taixu (太虛) early in twentieth century China in reaction to the contrast between Christian groups, which established schools, hospitals and orphanages, and the Buddhists, who merely performed ceremonies, often by illiterate monks. Ven Taixu referred to Buddhists as a “kept” group. He died in 1947, but some of his disciples went to Taiwan with the KMT government where they established Buddhist orders. What is written below is based on studies of these orders in Taiwan, namely Tzu Chi (慈濟), Foguangshan, Dharma Drum (法鼓山), Lingjiushan (靈鷲山) and Fuzhi (福智). It may not reflect the situation in Taiwan’s other, more traditional, Buddhist groups. Below, ‘Buddhism’ refers only to socially engaged groups.

The importance of women in these groups is evident in the ratio of males to females. The ratio of lay members is around 70:30 across the groups with the exception of Tzu Chi, which was founded by a nun and was exclusively female until the 1980s when it added males as auxiliary members. Lay women are crucial in group fund raising and volunteer work. As for clerics, the monk-nun ratio varies from close to even for Fuzhi, 3:1 for Foguangshan, to 7:1 for Lingjiushan.

This relatively strong female sex ratio is reflected in the number of women who occupy important lay and clerical administrative positions. They are also, to be sure, regarded as highly competent by group leaders. Although clerics are separated residentially by sex, women teach both males and females, the ordained as well as novices. They lead chanting and meditation and occupy crucial leadership positions in seminaries and in administrative roles. For instance, Tzu Chi is led by a nun. Foguangshan and Lingjiushan both have very high numbers of women in important teaching and functional roles, as does Dharma Drum, though it still operates on a basis of male superiority. However, there is probably a limit to how high nuns can climb. When Ven Shengyan (聖嚴), abbot of Dharma Drum, died, some speculated that he could be succeeded by a particular very capable nun. I mentioned this while interviewing a renowned Buddhism scholar in Taipei, asking whether it was possible that a woman might lead a major Buddhist group. “Maybe in another hundred years,” he replied, hesitating then adding, “when there are no more monks.”

Prominent Buddhist leaders reject the old notions of female inferiority and strongly support efforts toward greater gender equality. Clerical scholars such as Ven Chao-huei (昭慧), contend that those notions are contrary to the thoughts of Gautama Buddha and were added after his death, and argue that they be disposed of as relics from the past. However conservative voices remain: some lay members accept that women bear a heavier karmic burden than men and that the extra burdens imposed on women limit their ability to cultivate themselves, and certain clerics call for strict adherence to the Eight Strict Rules.

At a societal level with its tradition of renouncing, Buddhism is ambivalent overall toward marriage and the family. It is not necessary for all who choose a secular life to marry or for those who do marry to have children. However, for those who choose to, the groups have various ceremonies to bless the unions, and groups urge that those who marry should strive for sound families and avoid divorce, which Buddhists see as bad for society.

Buddhist views of the family can be seen as having negative consequences for women. First, views of the family tend to be very traditional. Tzu Chi rivals Confucianism in its emphasis on filial piety, and it and other groups emphasize the classic women-inside-men-outside division of labour. Second, while domestic violence or incompatibility are legitimate causes for divorce, adultery—at least on the part of men—is not. Women who seek counselling because their husbands have mistresses (very common, especially for those working in China) are often told to self-evaluate to see if they can improve themselves in ways that will mend their marriage. This seems to be done not so much to blame the women for their husband’s straying as in the realization that it is easier to change oneself than to change another person; Buddhism holds that the only person whose life one can control is one’s own. Alternatively, such women are told to re-evaluate their lives and decide what is really important to them—perhaps their children, or their volunteer work for the group might be more significant than their relationship with their husbands.

Thus, although Buddhism in Taiwan does not confer complete equality on women, their position is greatly improved over that of the past. Moreover, it has provided opportunities for women to greatly enlarge their social lives through volunteering and participation in Buddhist groups as well as opportunities to develop and utilize their social, organizational, administrative and leadership abilities. The level of participation in Buddhist groups by women in Taiwan demonstrates that this is of significant value to them.

David Schak is Associate Professor and a retired anthropologist with 50 years of experience researching society in Taiwan and China. He has published on topics related to family and marriage, poverty and mobility, business management culture and practice, civil society, religion and civility. He is currently affiliated with the Griffith Asia Institute, Griffith University, Australia. Image Credit: Flickr/ mi..chael