The plight of unemployed PhD graduates in Pakistan 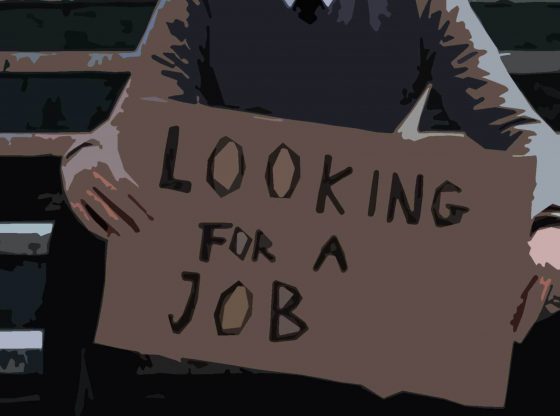 The government of Pakistan set up the Higher Education Commission (HEC) in 2002 to increase the skill set of talented young students by affording them access to funds for studying at national and international universities for Masters and Doctorate degrees. It was reportedly claimed by one of the former HEC chairmen that the country required around 40,000 PhD graduates by the end of 2020. With just two years to go until 2020, the current situation of mishandling and mismanagement of the PhD programme by HEC offers is, at its worst, a case study in bad planning by ‘Sarkari Babus’ (government officials).

The attitude of HEC executives towards unemployed graduates who have asked for leniency in bond stipulations and are trying their best to find jobs is: ‘We don’t care; it’s your problem’.

The HEC pumped funds into annual PhD grants and encouraged thousands of students to enter into research degrees with the promise that these students would come back and serve in Pakistan for up to five years as part of a bond agreement. These programmes were seen as shining beacons of hope for the growth of higher education and research that would help Pakistan propel itself forward into the twenty-first century with a healthy pool of highly skilled employees. In 2019, however, the situation is bleak and uncertain for the students who followed their dreams and accepted HEC’s scholarships and related conditions.

Currently, about 800 PhD graduates are the victims of joblessness because of the HEC stipulations regarding service in Pakistan. Of these unemployed, 80 per cent are graduates in science and technology while the remaining 20 per cent are from the social sciences, arts and humanities combined.

Many of the foreign-trained PhD graduates abandoned job opportunities abroad in order to come back and serve their country as per the conditions of the HEC. Now they are running from pillar to post after jobs, yet not finding them. Moreover, they have been harassed and abused by the HEC through court cases and threats of huge fines for not serving out their bond period, even though the HEC has failed to create job opportunities for them.

In addition, the HEC continues with its policy of awarding more scholarship grants to new students in the same disciplines, at the tax payers’ expense. And so the pool of unemployed PhD graduates keeps on growing. Nobody at the decision-making level in HEC or within the federal government seems to be worried about this fact.

As a result of such a precarious situation, the unemployed PhD graduates have banded together to form an association in order to fight for their right to employment in line with their qualifications. The PhD Doctors Association (PDA) as a formal organisation has taken up the task of highlighting and forwarding the concerns of unemployed PhD graduates from HEC programmes to the relevant quarters. PDA has protested publicly as well as meeting with several high-ranking government ministers and officials and HEC representatives to inform them of their plight. As yet, however, there has been no fruitful outcome to the issue being raised at such high levels.

It should be noted that not only was the creation of one million jobs one of the promises in the election manifesto of the governing party, Pakistan Tehreek-e-Insaf (PTI), in 2017, but also the  Finance Minister reiterated this pledge time and again after the government was formed last year. It is unfortunate that despite such a high aim to create a job pool of one million, the government is unable to produce any policy to provide jobs to these 800 highly qualified technocrats so that they can contribute directly to the country’s progress. In other words, their expertise and talents are going to waste. It appears that, just like the PTI’s other promises, the creation of jobs was one more election hoax.

There are numerous factors which have contributed to the plight of PhD graduates in Pakistan. Considering these critically, the foremost reason is the inefficiency and incompetence of the HEC PhD programme coordinators and planners – including the chairman, of course – who do not seem to have any idea about the saturation level in various academic disciplines. And so they keep offering more scholarships in the same fields to fresh students. A lack of coordination between the HEC and universities has also played a significant role in worsening the situation.

Nepotism and a corrupt system represent yet another hurdle in the path to resolving the issue. For instance, the HEC has awarded about 400 faculty development scholarships for MPhil programmes leading to a PhD to various universities in various disciplines. However, instead of employing the currently jobless foreign-qualified PhD graduates to fill these faculty positions immediately, the universities are waiting for their existing faculty to become qualified as PhDs. It is an irony of the system. In a nutshell, the attitude of HEC executives towards unemployed graduates who have asked for leniency in bond stipulations and are trying their best to find jobs is: ‘We don’t care; it’s your problem’.

This is the state of affairs at the HEC level, the highest policy-making authority for higher education in the country. The PTI government and its slogans of ‘Naya Pakistan’ (New Pakistan) and ‘Taleem Ka insaaf’ (Justice in Education) seem to be no more than a cliché after looking at the state of affairs in the HEC, the so-called premier education body in the country. It is high time that the HEC figured out how to deal with these problems with a long-term perspective and came up with some workable policy in black and white.

Dr Sher Afzal Hashmi is President of the PhD Doctors Association (PDA), which is fighting for the rights of unemployed PhD graduates in Pakistan. Dr Shafia Iftekhar is the General Secretary of PDA. Image Credit: CC by ACADEMIA.

2019: Australia, China and the South Pacific
Gender, Women and Buddhism in Taiwan