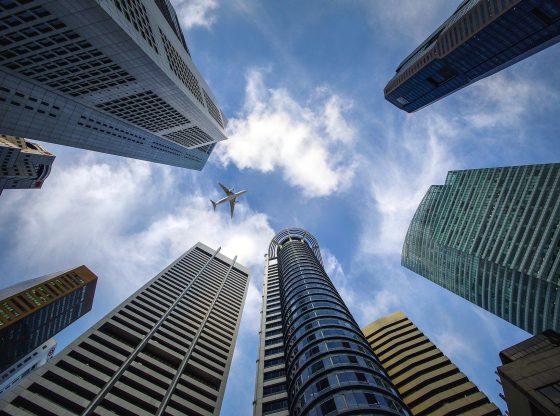 Ethnic Chinese have formed a demographic majority in Singapore since the census of 1849, and today they comprise 74.3 per cent of the resident population. Malays (13.4 per cent), Indians (9.0 per cent) and ‘Others’ (3.2 per cent) make up the other quarter.

Despite ethnic Chinese indisputably being numerically (and economically) dominant, the government vehemently denies that this has been translated into political or cultural dominance. According to its state ideology, Singapore follows a form of multiculturalism that is usually identified as having three prongs: it is ‘multiracial’ (i.e. multi-ethnic), multilingual and multi-religious, conceding no ethnic, linguistic or religious community any special recognition or privilege.

This is not to say that the government is hands-off. In fact, the government micro-manages ethnic relations and language policy and it monitors religions closely. In terms of ethnic and language policy, its micro-management is directed, so it says, at ensuring that minority communities are not disadvantaged by their smaller numbers: that the playing field is level despite the numerical advantage of the ethnic Chinese.

When Singapore was given independence from Malaysia in 1965 it followed a path of multiracialism that, despite many blemishes, offered a fair semblance of ideals reflected in the state ideology. In those days, no-one was more avid in promoting multiracialism, nor more ruthless in striking down any sense of Chinese supremacy, than Prime Minister Lee Kuan Yew.

At the end of the 1970s, however, Lee made a sudden pivot towards Chinese ethno-nationalism. This shift flipped the whole country onto a Chinese ethno-nationalist tack from which it has not been able to escape. The impact of Lee’s switch was felt immediately, since he had at his fingertips all the levers of government in this small city-state.

In the first half of the 1980s, Singapore found itself awash with government campaigns to speak Mandarin and learn about Confucian values. Ethnic Chinese schools suddenly found that they enjoyed special funding and were being invited to re-emerge from their obscurity so they could be presented as ideals to be emulated. Chinese-only pre-primary classes with special funding gave a leg-up to Chinese school students at the beginning of their school life, even as special consideration for those who had mastered Mandarin gave them an advantage when they were applying to university.

By 1990, Mandarin had emerged as the country’s second lingua franca alongside English. However, unlike English, it was also being used as a mechanism by which many Chinese Singaporeans unthinkingly excluded non-Chinese fellows from conversations in the school yard, work-place or even the classroom.

Members of Singapore’s minority communities are certainly present and active in Singapore’s society, economy and even its politics, but only so long as they know and accept their place. Part of knowing ‘their place’ means accepting and making the most of the opportunities offered while also accepting the limitations.

Take politics, for instance. In the current Parliament, 16 out of 88 elected seats are reserved for non-Chinese candidates (18 per cent). This is not dramatically lower than the 26 per cent of the population which is not Chinese, and in any case, minority candidates can also contest other seats, so it is not such a bad deal. Also note that the position of President of Singapore has routinely been held by a non-Chinese incumbent.

This is not to say that there are no non-Chinese in positions of power. Non-Chinese routinely hold very important positions in the Cabinet and exercise serious levels of power, but even here they are still expected to know their place.

The contradiction between the ideals of benign multiracialism and the reality of Chinese political hegemony and ethno-nationalism more broadly speaking is so stark that it is difficult to understand how the myth of multiracialism has survived. The key to understanding lies in the mechanics of Chinese cultural hegemony described earlier in this article. These structural biases make biased political outcomes seem unremarkable – especially to the Chinese majority, many of whom are barely aware of their non-Chinese neighbours.

Michael D. Barr is an Associate Professor of International Relations at Flinders University and a Fellow of the Australian Academy of the Humanities. His latest monograph is Singapore: A Modern History (2019) and his latest edited volume (with co-editor Lily Zubaidah Rahim) is The Limits of Authoritarian Governance in Singapore’s Developmental State (2019). His other books include Constructing Singapore: Elitism, Ethnicity and the Nation-Building Project (2008) and The Ruling Elite of Singapore: Networks of Power and Influence (2014). From 2012–2017 he was Editor-in-Chief of Asian Studies Review.

What Happened to Taiwan’s Support for Same-Sex Marriage?
Security challenges in space