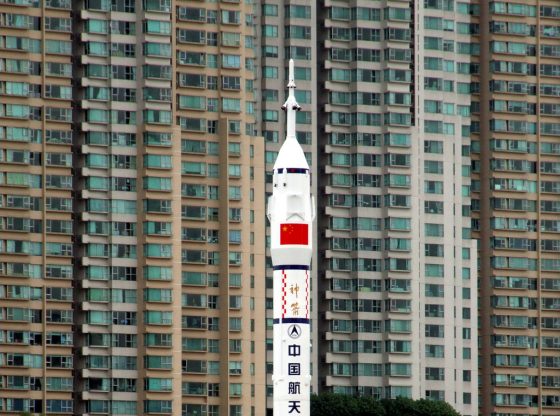 The January 2019 US Defense Intelligence Agency (DIA) report stresses the increasing importance of space-based capabilities in providing critical support to a variety of civilian, commercial, and military applications.  These advances are possible due to the decreasing costs and technological barriers to space operations, enabling many countries and commercial firms to participate in human spaceflight, satellite construction, space exploration, and space launches.

These positive developments, however, are offset by countries such as China and Russia developing capabilities which are impacting negatively on the ability of other countries and companies to benefit from space.

Examples of this include:

Beijing’s interest in developing a space capability began it 1958, but China did not launch its first satellite until April 1970, and it was not until the early 1980s that its space programme gained intensity.  China trails only the US in the number of operational satellites it has, and its space programme is part of Xi Jinping’s ‘China Dream’ for establishing a powerful and prosperous China.  China’s space programme draws together a mixture of military, political, defence-industrial, and commercial sectors with an interest in space-based ISR, satellite communication and navigation, human spaceflight, and robotic space exploration.

The State Council’s State Administration for Science, Technology, and Industry for National Defence (SASTIND) is the principal civil organization which coordinates and manages Chinese space activities, including the allocation of research and development (R&D) funds. The China National Space Administration (CNSA) publicly represents Beijing’s civilian space efforts, seeking to bolster relationships with countries internationally. CNSA reported that it had signed 21 civil space cooperation agreements with 37 countries and four international organizations as of April 2018.

China’s commercial space sector consists of mixed-ownership enterprises including ExPace, OK-Space, and Zhutai Orbita, offering remote sensing, launch, and communication services. These technologies serve both civilian and military purposes with civilian-military integration being a key part of China’s space strategy in order to benefit the military.

Increasing Space Launch Vehicle (SLV) capabilities are enabling China to compete in the international space launch market. The DIA report indicates that China is in the early stages of developing a super heavy lift capability similar to the US Saturn V or NASA’s emerging Space Launch System to support proposed crewed lunar and Mars exploration missions.

China’s growth in SLV capabilities also enables it to support low Earth orbit capabilities to assist civilian disaster response or military operations during a conflict.  These SLVs can be transported by rail or road and stored ready for launch for lengthy periods. China’s SLV and satellite control centres are dispersed in locales as varied as Beijing, Jiuquan, Taiyuan, Wenchang, Xian, and Xichang.

China achieved manned space flights in 2003, 2011, and 2016, and hopes to have a permanently inhabited modular space station ready by 2022. In March 2018, Beijing announced plans to assemble a lunar robotic research station by 2025 and to put astronauts on the moon in the mid-2030s.

China’s significant ISR capabilities give it a global civilian and military situational awareness capability for mapping purposes, terrestrial and maritime surveillance, and the collection of military intelligence. Its ISR satellites are able to provide electro-optical and synthetic aperture radar (SAR) imagery, as well as electronic and signals intelligence data.

In May 2018, the ISR and remote sensing satellite fleet exceeded 120 systems, with nearly half of them owned and operated by the PLA. This enables the PLA to monitor, target, and track American and allied forces throughout the Indo-Pacific region, allowing China to maintain situational awareness of possible regional flashpoints in the Korean Peninsula, the South China Sea, and Taiwan.

Beijing also strives to enhance its indigenous satellite navigation constellation, including regional position, navigation, and timing services, while achieving initial operating capability for its worldwide, next-generation BeiDou constellation in 2018. Some of the unique capabilities of BeiDou include text messaging and user tracking through its short messaging service, enabling mass communication among BeiDou users and providing the PLA with additional command and control capabilities.

The DIA report also maintains that China is pursuing the development of laser weapons to disrupt, degrade, or damage satellites and their sensors. It is likely to field a ground-based laser weapon capable of countering low-orbit space-based sensors by 2020 and to deploy higher power systems capable of threatening non-optical satellites later in the same decade. Enhancing its cyberspace and counter-espionage capabilities against foreign entities will also characterize Beijing’s military space ambitions in years to come.

Responding effectively to these increasing capabilities in China’s military space power will present a critical challenge to the United States and its allies in the future.

Chinese ethno-nationalism in Singapore: Demography, culture and power
Is this the “China Dream”?