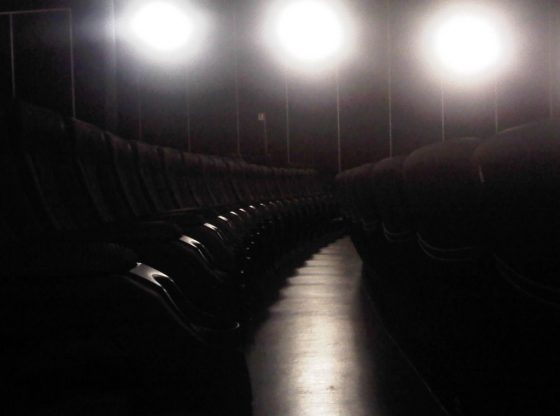 The creation and development of Feng Xiaogang’s New Year Celebration Films (hesui pian, henceforth referred to as NYCFs) corresponds with the commercialisation of the Chinese film industry which has been led by the state film authorities ever since the beginning of the 1990s. The film authorities produced guidelines for the development of the film industry as well as issuing film regulations.

The idea of the NYCFs first appeared in Hong Kong’s film industry in the 1980s and denoted a film made for the New Year holidays between Christmas and Chinese New Year. Some Hong Kong NYCFs such as Stanley Tang’s Rumble in the Bronx (1995) received a warm market response on the Mainland. Their commercial success inspired the film authorities to introduce the NYCF idea to develop domestic commercial film-making in response to the Chinese film industry’s economic slump and external competition from foreign film imports since the mid-1990s.

Even before this, the film authorities had been exerting their influence over domestic film-making, guiding it towards the combined goal of commercial activity and political promotion. However, the authorities continued to support the main ‘melody’ films (zhuxuanlü dianying) that were popular at the end of the 1980s but which struggled to bring audiences back into cinemas. These films often relied on rigid narrative patterns and idealised protagonists.

The film authorities then pinned their hopes on the internationally acclaimed films of Zhang Yimou and other Fifth Generation directors in the hope of attracting audiences, but this also failed. This situation propelled the film industry towards market-oriented reform over the following years. The first of these measures, launched by the film authorities in 1994, was to import foreign films, including NYCFs from Hong Kong.

In 1996, with a view to improving the competitiveness of domestically produced films, the film authorities initiated a production plan called the ‘9550 project’ (jiuwu wuling jihua) at the National Workers’ Conference at Changsha. They hoped to use the project to enhance not only the quality and profitability of domestic films, but also the films’ political suitability – as the authorities saw it – and their aesthetic nature.

However, by establishing a framework of film regulation and censorship, what the authorities actually created were the conditions for the Chinese film industry’s commercialisation. This was the framework within which Feng’s NYCFs were created and evolved into a form that balanced the tension between commercial and political demands. Feng was able to maintain creative freedom within the framework based on the premise that his work in some respect aligned itself with the glorification of post-socialist China.

Accompanying the ‘9550 project’, many film companies were founded which had links to officialdom, such as the Forbidden City Company that produced Feng’s first three NYCFs. These companies were able to obtain administrative and financial support from the film authorities for film production and film promotion. In relation to Feng’s creations, this support enabled him to flirt with commercially viable but relatively sensitive subjects in his NYCFs. For example, from his first NYCF Party A, Party B (1997) to Be There or Be Square (1998) and Sorry Baby (1999), Feng explored social phenomena linked to the massive wave of lay-offs in state-owned enterprises, the craze for going abroad, and thorny issues surrounding demands for unpaid salary.

These phenomena were widely discussed topics and the representation of them might represent a risk to the political glorification aspect of the films. Feng avoided the risk, however, by highlighting the characters’ adherence to (politically approved) morals when they were confronted with these difficult issues. In the NYCFs, this adherence becomes the solution to the problems and in this manner Feng’s productions were able to integrate the commercial representation of these issues with the political mission the film authorities required.

Noticeably different from most ‘melody’ films in the late 1990s, the political promotion of Feng’s NYCFs was intriguing and soft. He used a tiaokan approach (this is a colloquial expression which can loosely be understood as ‘bantering’) to mock the phenomena or deeds that were in discord with the values that the government advocated. At this stage in his film-making, Feng’s tiaokan expressions were usually constructed using popular political rhetoric and phrases which celebrated rather than simply ridiculing the authority of the phrases they borrowed. Likewise, this indicated the close relationship between Feng’s NYCF creations and the film authorities’ support, enabling Feng to use political phrases so as to once again marry political expediency with commercial viability.

Things changed somewhat in the 2000s. Feng found he had much more creative freedom and his films also became more commercial as the film authorities further opened up the film production sector to external capital resources under WTO agreements and the policy of industrialising China’s cultural sectors. The materials of tiaokan became more diverse and Feng also added more visual humour. As the film authorities loosened the regulations, Feng’s NYCFs included more sensitive subjects and broached different genres, including extramarital affairs in Sigh (2000) and Cellphone (2003), crime in A World Without Thieves (2004), and homosexuality in If You Are One (2008).

Feng’s film-making did not break through the framework of the film authorities, however. Instead, it became more compliant within the framework by positively implementing political promotion. Since 2004 there has also been a revival of Feng’s political tiaokan that corresponded to the government’s political agenda within some of his NYCFs, such as A World Without Thieves and If You Are One. He even made a war film about a soldier of the People’s Liberation Army (PLA) called Assembly (2007).

Feng’s nomination to the Vice-Chairmanship of the China Film Directors’ Guild at the end of 2003 may provide some clues about the significance of political compliance in his film-making. More importantly, though, such compliance is necessary, since the film authorities manage the commercialisation of the film industry through their cultural policies and regulations. During this period of Feng’s film-making, partly thanks to the confidence he acquired through his films’ commercial success and partly because of the film critics’ warm response, he has displayed a strong level of self-expression and aesthetic pursuit, re-using the aesthetic approaches that often appeared in his early dramas.

As the Chinese film industry developed, it was no longer necessary for the film authorities to support particular films. Many new types of domestically produced films with popular cultural elements flooded the market, gradually producing a healthy level of competition. Compared with Feng’s NYCFs, these films were more appealing to audiences, who showed a preference for straightforward mockery and amusement.

Feng did not adapt to the new forms of cultural expression, however. He even openly criticised some of them on his Weibo social media account, such as the word diaosi that young Chinese used as a term of self-mockery. As a result, Feng’s film-making led to a predicament: the more careful he was with his aesthetic approaches, the worse the performance of his films at the box office. In the past few years, Feng has publicly acknowledged this dynamic. When talking about retirement at the 7th Beijing International Film Festival (2017), he suggested that he was old and had no time to compromise with others. Instead, he intended to use his limited time remaining to make the films he had wanted but been unable to do in his early career.

These words bring to mind the protagonist played by Feng in Guan Hu’s Mr. Six (2015). In one particular sequence, the cautious old man decides to take a chance by running on the frozen lake that he normally moves across very carefully so as to keep his balance, charging towards the people on the other side of the lake and fighting with them, just as he used to when he was young. This unwillingness to compromise corresponds to Feng’s current situation.

The film authorities’ promotion of the Chinese film industry’s development triggered the creation of Feng’s NYCFs and shaped his approach that combined a need to respond to both commercial and political demands. Throughout the years, Feng’s film-making has displayed a sensitivity to the changing economic and regulatory environments of the film industry, which is one of the reasons why his NYCFs were successful at the box office over a long period. However, as the landscape has changed in the 2010s, so has Feng’s influence declined.

Qi Ai is a PhD candidate at the School of Cultures, Languages and Area Studies, University of Nottingham. Image credit CC by Simone Lovati /Flickr.

Is this the “China Dream”?
PRD, YRD and JJJ: The rise of Alphabet China