Myanmar nationalism: The monks, the military and the Muslims 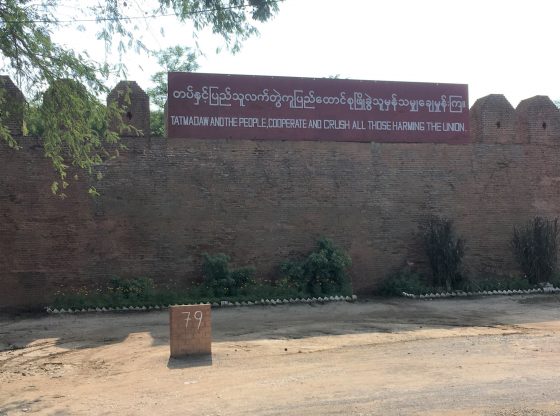 Is there a specifically Buddhist nationalism in Myanmar? True, there are many nationalist monks, but Buddhism is only one element in Burmese nationalism. Buddhist nationalism has its historical roots in the anti-colonial struggle in the 1930s and 1940s and in the country’s military rule since 1962. It has resurfaced intermittently since then, most prominently during the anti-Muslim riots of 2012–13 and again during the 2017 Rohingya crisis.

The main ingredients of Myanmar’s nationalism are primordial values. First and foremost among these is belonging to an indigenous race/ethnic group which lived in Burma before colonisation in 1823. Muslims and Hindus are considered as immigrants invited in by the British as cheap labour and money lenders, which created widespread resentment and led to serious riots in 1938. The riots were sparked by a Muslim-authored book containing comments about Buddhism which provoked lay people and monks to retaliate with attacks on Muslim shops. The same was seen again during the disturbances in 2012–13. Muslims were accused of forcing their Buddhist wives to convert to Islam or else disinheriting these women and their children.

The Burmese nationalist movements involving monks and students used slogans such as ‘master race we are, we Burmese’, and using the title Thakin, or ‘master’, as an anti-colonial riposte to their former colonial masters. Aung San Suu Kyi explained in her book Freedom from Fear (1991) that traditional Burmese nationalism originated in cultural homogeneity, and part of this is Buddhism.

In other words, this nationalism is based upon fundamental and indisputable values such as territory, blood ties, culture, language, Buddhism, and a nation that must be defended with all means.

However, colonial history can only explain the origins of nationalism, not the contemporary situation, which is rooted in a profound fear of perceived ‘foreign’ control of Myanmar. One monk with close relations to the military explained: ‘The numbers 786 on the Muslim Halal shops added together is 21, which means that Muslims will rule Myanmar and the world in the twenty-first century’. (786 is a reference to the first line in Muslim prayers.) This monk is the leading monk of the Ma Ba Tha (the Association for the Protection of Race and Religion), which is the nationalist movement of lay people and monks in Karen State. Ma Ba Tha collected substantial donations towards the fence erected on the border with Bangladesh to prevent a ‘Muslim invasion’, citing Donald Trump’s equivalent policy for the US-Mexico border as inspiration.

Demographic scare-mongering is another fundamental aspect of contemporary nationalism in Myanmar, particularly illegal immigration into Rakhine State, which is at the centre of the Rohingya crisis. The Rohingya have been excluded by the government from the list of ethnic groups eligible for citizenship. Consequently, they are deemed ‘migrants’ from Bangladesh who are alleged to have bribed the authorities and to have acquired ID cards illegally.

Leading Buddhist monks have explained that Muslims do not respect the Buddhist moral precepts (sila). They do not respect the flag in schools. ‘They behave as immoral guests. In particular those of “mixed blood” (thwet naw) are bad and more immoral’, a Ma Ba Tha monk explained. ‘They are aggressive towards other religions, force Buddhist women to marry and convert, and they have many wives and children. That is why we have to protect our race and nation by promoting the four laws in 2015 protecting Buddhist women’. These are laws on monogamy, controlled interfaith marriage, conversion, and birth regulation. However, the monk also stated that those who use violence do not understand Buddhism.

When asked if Buddhism is in danger, monks reply that it is not in immediate danger. However, they believe there is a danger if Muslims are not prevented from controlling the country. Muslims constitute 4–5 per cent of the population of Myanmar, according to the 2014 census, but this census is flawed since it did not count those Muslims who describe themselves as Rohingya.

This demographic scare, articulated through the resentment of mixed marriages and fear of ‘mixed races’ (amyo kabia), is shared by a majority of the population in Myanmar. It is also widely shared by monks and lay people who are not connected to Ma Ba Tha.

The military nationalism of Myanmar emphasises national unity and solidarity among the ‘national races’, the non-disintegration of the Union, and the patriotic defence of unity and sovereignty. This mantra has been inculcated for decades into citizens in schools, at work, on billboards and in museums. General Ne Win, the country’s leader from 1962 to 1987, doubted the loyalty of some ethnic groups, however, ‘even those of pure blood’. He also emphasised that ‘we must watch those of mixed races’.

The General’s citizenship law of 1982 categorised people of Chinese and Indian descent as ‘foreigners’ who could therefore only obtain associate citizenship (the word in Burmese means ‘guest’). Talking about ‘mixed races’ reminds us of George Orwell’s book Burmese Days (1934), when Flory explained that persons of Indian or mixed ethnic origin could not become members of the club: ‘Good gracious, no. They are complete outcasts’.

Meanwhile, Karen-speaking Muslims of mixed Karen and Bengali descent feel the current discrimination and exclusion. They have lived and worked in harmony with their Karen Buddhist neighbours for more than a century in Karen State, but while their ancestors inter-married, nowadays they are unable to obtain identity papers – not even by paying ‘big money’. Their children cannot get high-school certificates, enter university or get jobs in state institutions. The monks prohibit inter-marriages.

During the Rohingya crisis, rumours circulated on social media about Rohingya agents and a Rohingya invasion. Roads were silent during the night and villagers were told to form vigilante groups. Even the Karen Muslims did so, although they said ‘the Rohingya agenda is not our business’ and pointed to the prevailing harmony that had not yet been disturbed by signs saying ‘No Entry to Kalars’ outside some villages. ‘Kalar’ is used for Muslims and Hindus and has a similar negative connotation to ‘black’.

John S. Furnivall, mentor of the Burmese nationalists in the 1930s and advisor to the first democratic government, defined Burma as a ‘plural society’ of ethnic groups, explaining that ‘they mix but never combine’. He considered that an all-encompassing nationalism could heal the divide. However, the ethnic minorities have largely rejected the idea of such a national identity for Myanmar.

As for the fear of uncontrolled migration, it is one of the main causes of worldwide nationalist anxiety and hence always a potential cause of violence. It has disrupted Myanmar’s imagined homology of nation state, ethnicity and culture. This scare is an anthropological and ontological reality that needs to be researched, understood and taken seriously in Europe as well as in Myanmar. A global world which has no nations, ethnic boundaries or borders seems to be an illusion.

PRD, YRD and JJJ: The rise of Alphabet China
Can digital technology solve the trust issue in urbanising China?