PRD, YRD and JJJ: The rise of Alphabet China 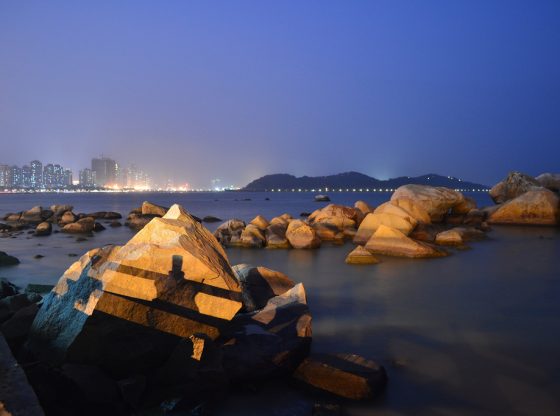 China has been the economic success story of the century (so far). Although its growth may now be slowing, China’s gross domestic product (GDP) has grown tenfold since 2000, and its GDP per capita has just about reached US$10,000. Although it started the century as a low-income country, China is now an ‘upper-middle-income’ country, according to the World Bank’s official classification scheme.

But there are two Chinas. The richest provinces have roughly four times the GDP per capita of the poorest. That compares to two times for US states. In its official rhetoric, the Chinese government says it is taking measures ‘to see the western region develop, northeast China revitalised, the central region rise, and the eastern region spearhead development’. But actions speak louder than words, and the real focus is on that eastern ‘spearhead’ – on further developing the leading centres of the Chinese economy.

Collectively, the PRD, the YRD and JJJ account for about 43 per cent of China’s GDP, including Hong Kong and Macao in the PRD total.

China’s 13th Five Year Plan, covering the years 2016–2020, includes a focus on building ‘world-class city clusters in the Beijing-Tianjin-Hebei region, the Yangtze River Delta, and the Pearl River Delta’. There are plans for ‘clusters of world-class airports’, ‘improve[d] and upgrade[d] clusters of ports’, and inter-city rail networks for each. The most technologically sophisticated foreign investment is also steered towards these three regions, such as Google’s artificial intelligence (AI) research centre in Beijing, Microsoft’s AI centre in Shanghai and the Airbus China Innovation Centre in Shenzhen.

The Pearl River Delta (PRD) links southern China’s Guangdong Province (home to cities like Guangzhou, Shenzhen and Zhuhai) with the ‘special administrative regions’ of Hong Kong and Macao. The Yangtze River Delta (YRD) is centred on Shanghai and includes the richest parts of neighbouring Jiangsu and Zhejiang Provinces. Both the PRD and the YRD have been focal points for China’s modernisation and internationalisation since the beginning of the reform era in 1979. Indeed, they have been China’s most important windows on the world since the seventeenth century.

The Beijing-Tianjin-Hebei region, made up of China’s capital (Beijing), its main port (Tianjin), and the surrounding province (Hebei), is new to the city cluster game. It has been given the colourful, if informal, name of Jing-Jin-Ji (JJJ), after the one-character Chinese abbreviations for each of its constituent elements. Jing is recognisable as the second syllable of Beijing, while Jin is the second syllable of Tianjin and Ji is an ancient name for what is now Hebei Province. Thus Jing-Jin-Ji is instantly recognisable to Chinese speakers as a shorthand for the wider capital region.

Collectively, the PRD, the YRD and JJJ account for about 43 per cent of China’s GDP, including Hong Kong and Macao in the PRD total. The breakdown is roughly 14 per cent for the PRD, 20 per cent for the YRD, and 9 per cent for JJJ. And although China as a whole may be a middle-income country, leading cities like Beijing, Shanghai and Guangzhou are all above US$30,000 in GDP per capita, if official statistics are to be believed.

The GDP figures may be slightly overstated for these cities, although probably not by too much. The real question is the denominator of GDP per capita: the relevant population. For example, the GDP per capita of Shenzhen, in the Pearl River Delta immediately adjoining Hong Kong, is officially recorded as nearly US$80,000. The reason is that China’s National Bureau of Statistics reports Shenzhen’s population as just a little over 4 million. Yet the Chinese government itself officially characterises Shenzhen as a ‘mega-city’ of over 10 million people. Some say that Shenzhen is home to more than 20 million people, which if correct would bring its GDP per capita down to a more reasonable US$18,000.

China’s GDP statistics may be notoriously over-inflated, but its regional population figures are even more fluid. You might think that a country with a draconian population registration system (the hukou system), an expanding social credit behavioural monitoring programme, and ubiquitous identity checks would know where its people live. It doesn’t, in part because the economic incentives to break the rules are so strong, and in part because it simply doesn’t want to know.

For decades, the Chinese government encouraged young people from the poor, rural areas of central and western China to provide cheap labour for the cosmopolitan eastern cities, an offer eagerly taken up by hundreds of millions of people. They form the so-called floating population of people with irregular hukou status. Now China’s urban elites want them to go home, but that is easier said than done. After four decades of floating, the cities are their only home.

The Chinese government has responded by defining a new illness called big city disease, which supposedly afflicts major urban centres that have attracted too many uneducated immigrants. The Alphabet China cities of the PRD, the YRD and JJJ are apparently the only places afflicted; the sprawling southwestern metropolises of Chongqing and Chengdu are seemingly immune. In reality, ‘big city disease’ is simply an excuse for putting a cordon sanitaire around Alphabet China. The idea is to drive average living standards up by driving poor people out.

To be fair, some Western cities have done this as well, although not as a matter of national policy. Some London councils meet their public housing commitments by relocating people far outside the capital, and of course entire social classes are priced out of places like San Francisco and New York’s Manhattan. But China’s walled garden strategy for the PRD, the YRD and JJJ operates on a massively different scale, attempting to create country-sized areas of more than 100 million people that can develop into high-income areas, leaving the rest of the country behind. Given the enormous coercive powers of the Chinese government, the strategy just might work.

Associate Professor Salvatore Babones is based at the University of Sydney and is the author of American Tianxia: Chinese Money, American Power, and the End of History (Policy Press, 2017). Image credit CC by Dave Bote Estrada/Flickr.

Feng Xiaogang’s New Year Celebration Films and the government-led commercialisation of the Chinese film industry
Myanmar nationalism: The monks, the military and the Muslims