Can digital technology solve the trust issue in urbanising China? 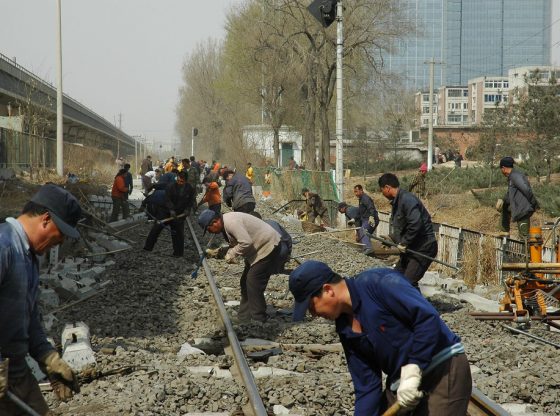 In a country like China, rural and urban societies are geographically, economically, socially, and even culturally separated societies. Urbanisation breaks this rural/urban divide. Britain went through a similar process during the industrial revolution. In the long run, this process is bound to create a more integrated national society. In the short term, however, this process can create acute tensions between these two societies.

There has already been much research on urbanisation. Nevertheless, one issue has been mostly ignored, and that is the key issue of trust. The lack of trust has been behind some of the most contentious debates in China. As urbanisation accelerates, cities increasingly become a society of strangers. Lack of trust inhibits normal market transactions. Instead, migrants have to rely on kinship networks to find jobs, rent a room, open a bank account, or even to get their electricity connected. Migrants may have a well-established reputation in their hometown, but in the city, they face a constant lack of trust.

This lack of trust is reciprocated in migrants’ distrust of urban society and urban government. Despite improving access to social protection and services, many migrants prefer payment in cash to the opportunity of joining the urban social protection system. Migrants are also concerned with the portability of social insurance in case they ever leave the city.

The case of migrant salary default

In 2006, Huamin Peng and I wrote an article about construction workers receiving no pay for their work. As part of this research, we found that none of the stakeholders in the industry trust each other. Project owners would only pay contractors after a project had met its progress targets and survived quality tests. The labour contractors, who were often migrant farmers themselves, could not advance significant salary amounts to the migrant workers. They were consequently demonised, even though they themselves could not get the money from the project owners. If labour contractors had established credit records, they would have been able to borrow from the banks. But such a system did not exist.

In other countries, an insurance arrangement could work, but an insurance system requires well-documented employment records. However, migrant workers are highly mobile, often moving on before the end of a project or immediately after a project ends. If they come to the project owners to ask for money later, the latter do not necessarily have a record of the days they worked, since the workers are not directly contracted by the project owners. Project owners are also often governments and giant state enterprises, and these are often the ones who contract large-scale projects and do not pay on time! Rampant corruption also does not give banks the confidence to advance money to construction companies or labour contractors.

The promise of digital innovation

Digital innovation can offer interesting solutions to this trust issue. Consider the following examples in the all-important construction industry, where a cluster of digital innovations and new usage of existing technology have been introduced:

Digital innovation can offer other solutions to the trust issue as well. With digital technology, people can develop a nationwide credit history. Credit ratings can then facilitate transactions between strangers, allowing financial institutes to provide loans to smaller businesses. This is particularly important, as a large proportion of small businesses are set up by rural-urban migrants.

Partly as a result of these technological innovations, an unprecedented number of local governments and large-scale enterprises in China are paying back project money they have been holding on to for a long time. Local governments have also vowed to clear all construction debt by the end of 2020, and to ensure that all salaries are paid by the end of each accounting year. If the system can really deliver as promised, a long-lasting problem may finally be resolved. Similar technologies may also be useful to other disadvantaged groups who suffer from institutionalised discrimination.

Digital innovations have proven their ability to benefit disadvantaged populations. Even so, these are early days, and useful innovations may be stifled by powerful interests. At the same time, technology can also be manipulated for the benefit of the powerful, and against the interest of those without power. As researchers, we need to keep an open mind to both the benefits and the potential harms. The difficult part is how to avoid the harms without losing sight of the benefits.

Note: This piece is based on a talk given by Bingqin Li at the Rapid Urbanisation Stream event funded by Grand Challenge UNSW.

Myanmar nationalism: The monks, the military and the Muslims
Towards a new understanding of ageing and care in urban China