Towards a new understanding of ageing and care in urban China 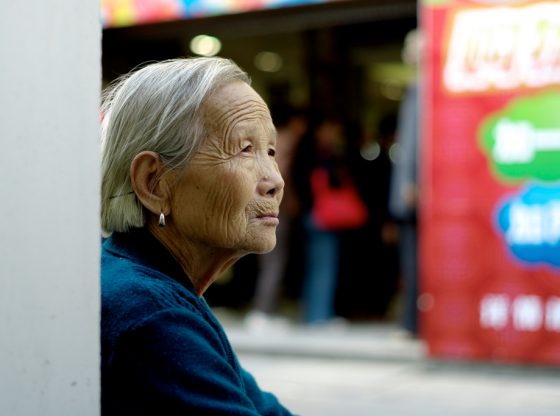 There has been a wide range of academic monographs and articles published recently on ageing and care in Asia. Much of this literature takes a theoretical approach, while much again takes a public policy approach.

These monographs and research articles are huge in their scope, and a survey of them would suggest they are comparative in their focus on Asia in a general sense. However, for the purpose of this piece – and it is a contentious point to make – it could be suggested that much of this research literature has neglected the issue of care and old age in urban China.

There are several reasons for this omission. First, for many years, a form of academic and institutional ageism prevented the cultivation and dissemination of research on older people specifically in urban China. This was because of the intense interest in the consequences of the ‘one child policy’ in China by practitioners, public policy makers and academic researchers. (Although of course this is not to deny the importance or significance of that group of people at one end of the life-course.)

Second, both historically and contemporaneously, any suggestion of ‘age’ has instantly been ascribed to children, which then adds to the marginalisation and invisibility of older people as a ‘hidden’ age group within academic research on China and urbanisation and further reifies the holistic understanding of ‘age’ as a social characteristic.

It has taken many years for public policy makers finally to turn their attention to the ‘ageing population’ (comprised, ironically, of an increasingly visible group of older people, despite their having been hidden in the academic research).

This ageing population has now become critically important in terms of addressing two key and inter-related issues for a range of social actors, including the current administration of President Xi Jinping: how to continually stimulate and sustain economic growth in the global market-place on the one hand, and, on the other, how to respond to the intended and unintended dynamics of caring for an increasingly ageing population in urban China.

The ability to shed light on the importance of valuing older people is indispensable in this regard. This should provide sensitivity to policy makers and carers in recognising that older people are people with human rights and dignity in urban China.

Third, until recently there has been a lack of basic training programmes or undergraduate and postgraduate courses in social work or working with older people in urban China. Because of the overwhelming focus on working with children, there have been periodic episodes of inhumanity against older people which is known today as ‘elder abuse’. This is not just a Western phenomenon but a global issue that affects all nations, including China. It has been  forgotten that older people actually are people.

Fourth, due to the above, there was also a chronic shortage of research and knowledge for academics, carers, families and health and social work professionals on the vulnerabilities of older people in urban China, whether living at home or in a care home. In the UK, for example, research has illustrated persistently that care homes are not necessarily benevolent institutions but rather places where care is occasionally in chaos, since carers often do not have sufficient skills, knowledge or experience to work with vulnerable older people.

Fifth, and finally, there is currently much debate in urban China about the importance of having health volunteers to care for vulnerable older people. This debate focuses on the phenomenon of younger family members moving away to China’s mega-cities and the associated fragmentation of family structures and long-held Confucian doctrines of quality care for older people within and across family units, as a consequence of urbanisation.

This has led to a significant gap in terms of who will then provide care for older people in urban settings in China, if not the family? Having such an infrastructure of volunteer carers without adequate training means there are potential and real consequences in regard to their effectiveness in urban settings with huge numbers of older people requiring and receiving ‘care’. It will take time to study this and – correspondingly – to learn the important lessons that are needed for future generations of policy makers, researchers, carers and, of course, older people themselves.

For a long time in the discipline of Social Gerontology there has been a split between ‘thinkers’ and ‘doers’. Researchers suggested there was a form of exaggerated age war between the thinkers (theorists) and those who empirically investigated older people’s experiences (doers). The importance of deconstructing and obliterating such assumptions and – through a careful synthesis – undertaking both thinking and doing in order to create effective practices of care for older people in urban China transcends all ethnocentric and Eurocentric approaches to ageing and care.

The ability to shed light on the importance of valuing older people is indispensable in this regard. This should provide sensitivity to policy makers and carers in recognising that older people are people with human rights and dignity in urban China. Unfortunately, recent research on the very notion of ‘ageing populations’ in China has lumped ‘older people’ into a single undifferentiated category, as though population constructs based on old age are not differentiated by ‘race’, gender, sexuality, disability, class or history.

Can digital technology solve the trust issue in urbanising China?
The interaction between urbanisation and house prices in China