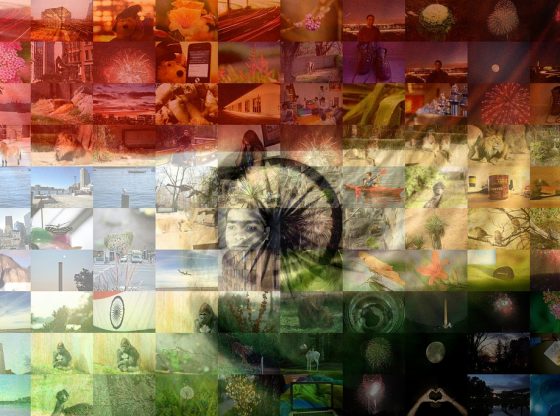 Welcome to the first post in our #Indiavotes2019 series on the Indian parliamentary elections of 2019. As in 2014, we will again be running a series of articles by scholars and practitioners from around the world, providing insights into the unfolding campaign developments and a deeper look into some of the key features of Indian democratic politics.

Almost a year ago, there was evidence to suggest that Prime Minister Modi’s popularity among Indian voters was declining. However, the opposition was then divided and had yet to capitalise on this.  The BJP and Modi’s decline escalated however, with state elections in late 2018 seeing several BJP governments voted out, and Congress governments voted in. For some this was an anti-incumbency vote, a feature of the rural distress and the slowing economy, for others this signalled the re-emergence of Congress support under the leadership of Rahul Gandhi. Prime Minister Modi was elected in 2014 on the promise that he would repeat the ‘Gujarat model’ nationwide and bring economic development including jobs to India. His failure to deliver on this promise, the slowdown in the economy and the very real rural distress in much of India, was putting the BJP’s re-election in doubt.

So what should we expect in the coming elections?

What the December 2018 state election results might herald for the BJP in the national elections is hard to tell – voters do not always vote the same way at the national level as at the state level.  And it will be the political party coalitions against the BJP in important states such as Uttar Pradesh that will define these elections. More importantly, these state elections were held before the February suicide attack on Central Reserve Police Force personnel in Pulwama district of Jammu & Kashmir and the retaliation of the Indian government through air strikes on Pakistani territory.  Pakistan’s military response to India’s incursions led to the shooting down and capture of an Indian Air Force pilot. Tensions were somewhat soothed when Pakistan’s Prime Minister Imran Khan ensured his safe return to India just days later.

This military action against Pakistan has shifted attention from concerns regarding the delayed release of national survey data, suggesting increasing unemployment in the Indian workforce. The BJP was quick to capitalise on the action, with one BJP leader going as far as to claim that the action against Pakistan would net the BJP 22 seats in a key southern state.  BJP posters featuring the face of the captured-then-returned Indian Air Force Pilot appeared … although the Election Commission of India swiftly released instructions for this to cease.

Despite the strident nationalist and strong man rhetoric of Modi and the BJP, the campaign is still young. On Sunday 10 March, the Election Commission of India finally announced the much-anticipated election schedule. The election will take place on seven polling dates across April and May, with the first poll conducted on 11 April and the final poll on 19 May, with counting of votes on May 23. Some states, like Tamil Nadu, and Kerala, will have only one polling day, 18 and 23 April respectively, whereas other states will have several, and the polls in states such as Bihar, Uttar Pradesh, and West Bengal, for example, will be spread across all seven dates. Constitutionally the 17th Lok Sabha must be reconvened by 3rd June.  In addition, four state assembly elections will take place simultaneously to the national elections – those of Andhra Pradesh, Arunachal Pradesh, Odisha, and Sikkim.

The Election Commission’s Model Code of Conduct came into immediate effect as the polling schedule was announced on Sunday. Parties have already begun announcing candidates for seats, with candidate nomination deadlines approaching. Candidates in Andhra Pradesh and Telangana, as well as several smaller states, have just over a month to campaign as these states complete their polls on 11 April, but will have to wait another 5-6 weeks for their results.

India’s elections are vast and election officials perform a small miracle each time elections are completed smoothly. In 2014 more than a million electronic voting machines were used, with 814 million people eligible to vote. In 2019, more than a million polling booths will record voter choices. India’s 2019 elections could also become the most expensive elections in the world. This is despite the fact that India is still classified as a middle-income country, albeit home to many of the world’s billionaires.

So what should we be looking for?

The election in Uttar Pradesh, as the most populous state in India and the largest number of seats (80) of any single state in the Lok Sabha (total 543 elected seats), is the one to watch. The BJP’s success in this state in 2014 (71 out of 80 seats) was a prime factor in its ability to form a single party government. This time around it will not be so easy – the formal seat sharing alliance between the BSP and SP presents a united challenger in many constituencies.

Regional politics will provide a different narrative for the elections in several states. For example, this will be the first parliamentary election in Tamil Nadu in several decades that has not involved the two rival party leaders alternating in government in that state – Jayalalithaa, former Chief Minister and leader of the AIADMK party who passed away in December 2016, and Karunanidhi, former Chief Minister and leader of the DMK, who passed away in August 2018. In 2019 it may be that small parties from that state, in alliance with the larger national parties, play a more significant role in the elections.

We may also see a greater role for women candidates in this election – BJD leader Naveen Patnaik has already announced a party gender quota of 33% for women candidates to contest Lok Sabha seats in the state of Odisha, and the Indian National Congress Party have re-pledged to pass the Women’s Reservation Bill should it be elected to national government. The motivation for this focus on women may be the closing gender gap in voter turnout, signalling the increasing power of women voters.

We look forward to hosting this series and invite you to join us in following this great festival of Indian democracy over the next three months.

Professor Katharine Adeney is the Director of the University of Nottingham Asia Research Institute. She tweets @katadeney.  Dr Carole Spary is Deputy Director of the Institute and tweets @carolespary

Both will be sharing their expertise on an Asia House roundtable on the elections on 10th April.

Sanitising and scrutinising social media in Singapore – fake news or just politics?
Forty years and beyond: China’s rapid urbanisation since reform and opening-up