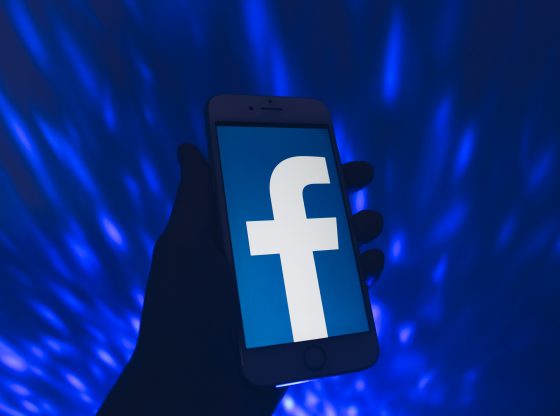 Singapore seems ready to add another feather to its cap as the ‘hub capital’ of ASEAN after Facebook announced its plan to open a regional operations centre in the city-state to curb the spread of disinformation on the social media platform during elections. This centre would include ‘experts’ from Singapore, cementing the nation’s preeminent position not just as a digital media hub, but as a regional nexus of social media governance.

It is important to acknowledge the politics behind this development, however. Singapore’s next general election is due by 2021, although many predict that it will be called by the ruling People’s Action Party (PAP) before early 2020.

Facebook’s announcement should be understood as another piece of the puzzle in a dedicated campaign against online disinformation by the Singapore government which has been going on since June 2017, when Law Minister K. Shanmugam flagged up the introduction of anti-fake news legislation as a no-brainer, citing a government survey that claimed more than 90 per cent supported tougher laws.

The intent seems predicated on seeking to show the public that Facebook, as a proxy for all social media platforms, cannot be trusted to be socially responsible, thereby making legislation inevitable.

Given such a forgone conclusion, it came as a pleasant surprise to many when the government decided in January 2018 to convene a Parliamentary Select Committee on Deliberate Online Falsehoods to study the issue. The process included an open consultation which saw an unprecedented 162 submissions made to the committee. While the committee was made up in the majority by PAP members, it was still welcomed for what appeared to be the government’s intention to consult widely on what was – and still is – a vaguely-defined matter.

However, as the Select Committee hearings started in March 2018, it became apparent that the process was less open than expected. The committee was criticised by civil society for being hardly consultative, with accusations that certain individuals – in particular, Facebook’s Vice-President Simon Milner, independent journalists Kirsten Han and Terry Xu, and historian Thum Ping Tjin – were singled out for interrogation and had their integrity questioned.

Doubts were raised as to whether the government was truly interested in soliciting feedback to better understand the ‘scourge of fake news’, or if it was instead forcing a consensus among participants to grant the government the legitimacy to enact laws that, as the narrative went, would protect the nation’s delicate race and religious fabric from foreign psy-ops efforts. This unease was compounded by the fact that, apart from minor irritations and inconveniences, Singapore has not been a major victim of disinformation.

Perhaps the battered image of Facebook over the platform’s careless handling of user data that led to the 2018 Cambridge Analytica incident has left little sympathy for the social media giant, but the PAP government’s actions must be viewed in their entirety: as a systematic effort to marginalise or curb online political dissent legitimised through an anti-fake news statute that is presented as being enacted consultatively.

The recurrent signs are unmistakable. Following the hearings in Singapore, the Select Committee continued its interrogation of Facebook with a trip to London to take part in an international hearing on disinformation, where committee members grilled another Facebook executive, Vice-President Richard Allan, on the company’s standards in handling disinformation. The intent seems predicated on seeking to show the public that Facebook, as a proxy for all social media platforms, cannot be trusted to be socially responsible, thereby making legislation inevitable.

On the domestic front, the government took decisive steps to curb online dissent. Thum and Han had their registration of New Naratif, a current affairs website, denied by the Accounting and Corporate Regulatory Authority (ACRA) on accusations of being funded by foreign sources. The Prime Minister’s nephew, Lee Shengwu, was charged with contempt of court for making a private Facebook post which claims that Singapore has a ‘very litigious’ government, and a ‘pliant court system’. Human rights activist Jolovan Wham and opposition politician John Tan were both found guilty of contempt of court for making Facebook posts commenting on Singapore’s judicial independence. And blogger Leong Sze Hian is currently the subject of a defamation lawsuit brought by the Prime Minister himself for merely sharing  – without comment or embellishment – a fabricated article on his Facebook page that alleged the government’s involvement in Malaysia’s 1MDB scandal.

The PAP government has clearly demonstrated its fortitude in quelling dissent, with incursions that are venturing further into social media. The initial justification for taking firm action against deliberate online falsehoods – protecting Singapore’s racial and religious harmony and democratic institutions – is beginning to look flimsy, given that recent actions against online posts appear to be politically motivated.

Facebook’s new regional centre in Singapore could either be a peace-making gesture to restore the company’s public reputation, or a well-intended effort to prevent the spread of fake news on its platform. Either way, its earlier commitment to take down posts that are deemed illegal in any jurisdiction where it operates has essentially laid the company open to being at the beck and call of state-driven efforts to quell dissent via completely legal means.

As Singapore’s next general election looms, there is growing unease regarding the extent of a forthcoming anti-fake news law. This is particularly so when the Select Committee has consistently refused – or been unable – to clearly define ‘fake news’. The promise of tough laws, along with Facebook’s commitment not to run afoul of these laws, is certain to have a chilling effect on online discourse, especially any which is deemed politically sensitive.  Without doubt, the sanitising of social media in Singapore is worth scrutinising in the coming months as the nation gears up for its next election.