The interaction between urbanisation and house prices in China 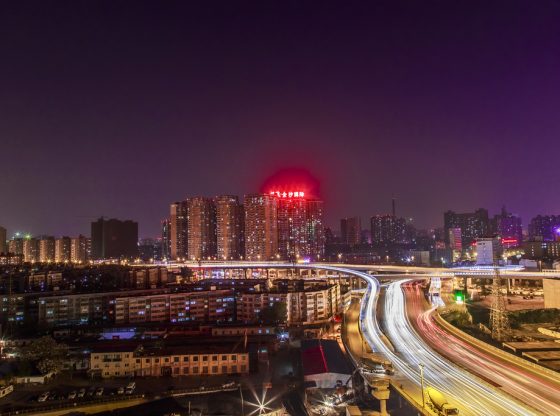 China’s new first-tier cities such as Wuhan, Changsha, Chengdu and Nanjing aggressively compete for talented people to accelerate the development of local urbanisation. However, the demand for housing increases sharply due to this new influx, which then leads to a corresponding rise in house prices, and this in turn increases the pressure on people’s lives and leads to a fall in key indicators such as prosperity and contentment amongst the population.

To ensure the steady progress of urbanisation, a housing system that ensures supply through multiple sources, provides housing support through multiple channels, and encourages both housing purchase and rent was proposed at the 19th National Congress of the Communist Party of China (CPC).

There is a close connection between urbanisation and the real-estate industry. Since the implementation of reform and the opening-up policy, with the rapid development of urbanisation and expansion of industrialisation, a large number of surplus rural workers have migrated to the cities. The huge demand for housing that this has created has tipped the balance between supply and demand in the housing market, leading to a rise in housing prices.

In addition, given that land resource is limited in the city, people have to sign high-premium contracts for land, which has also led to a sharp increase in housing prices. Urbanisation is generally achieved by expanding the land which is built on from the city out to the suburbs, and the government and real-estate developers are spending significant capital on the resettlement of farmers who have lost land. This results in a rapid increase in the price of housing and land.

The excessive rise in real-estate prices increases costs for urban residents, reducing the attractiveness of the area to talented professionals which can in turn lead to a brain drain.

The cost of housing is a significant factor in regard to the development of China’s urbanisation. Specifically, the rapid rise in the cost of urban housing has led to a significant increase in the living expenses of urban residents. As a consequence, the polarisation between rich and poor in China is increasing, the distribution pattern of household wealth is changing, and there is a lack of economic foundation to the movement of rural labour to urban areas. There is also an increasing psychological cost of the transfer.

Second, the excessive rise in real-estate prices increases costs for urban residents, reducing the attractiveness of the area to talented professionals which can in turn lead to a brain drain. High housing costs/rents increases the operating costs of enterprises and damages the effectiveness of urban industrial agglomeration; this will hinder the formation of new economic growth points and China’s urbanisation process.

In addition to the issues outlined above, there is an imbalance in the development rate of urbanisation between China’s small or medium cities and big cities. The urbanisation level of different regions has a differential impact on housing costs. Also, the urbanisation process can easily become too fast or too slow, leaving real-estate prices uncoordinated with people’s living standards.

The government should likewise exert modest control over the scale of development of large cities, especially growth in the number of permanent residents in cities. It should look to develop small and medium-sized cities and towns, accelerate the pace of new rural construction, narrow the gap in living standards and improve the living conditions of farmers in order to reduce the population shift from rural to urban areas.

It is undeniable that China needs a detailed system to coordinate the interactive development between the real-estate market and the urbanisation process, as well as a rational layout of city planning for intensive land use and a housing supply strategy that matches the pace of urbanisation in order to improve the housing guarantee system. By careful planning and implementation, China can prevent the polarisation and impoverishment which is often associated with unreasonable development in the urbanisation process.

Towards a new understanding of ageing and care in urban China
Sanitising and scrutinising social media in Singapore – fake news or just politics?