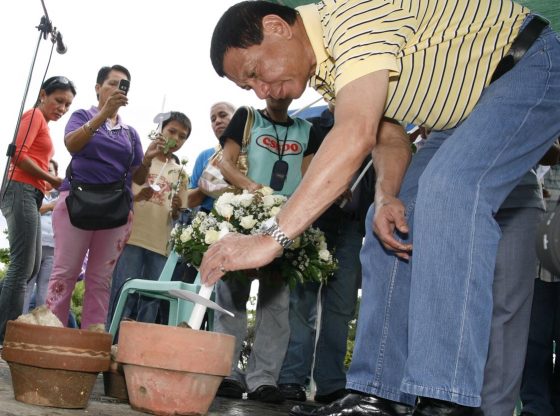 The 2018 Freedom House Freedom on the Net report, ‘The Rise of Digital Authoritarianism: Fake News, Data Collection and the Challenge to Democracy’, found that ‘progovernment commentators, bots, or trolls manipulated online discussions and content’.

And in their ‘Global Inventory of Organized Social Media Manipulation’, Oxford researchers Samantha Bradshaw and Philip Howard reported that ‘there is mounting evidence that social media are being used to manipulate and deceive the voting public – and to undermine democracies and degrade public life’.

Much of this access occurs via mobile phones (estimated at 70 per cent of internet users in the region). In the Philippines, citizens with internet access spend the greatest number of hours online in the world, and 94 per cent of Filipino adults who have access to the internet use social media, predominantly Facebook.

In 2016 Indonesia had 76 million Facebook users, the fourth largest number in the world, and, in a sign of Facebook’s ubiquity, when answering professional surveys many citizens answer ‘yes’ to having Facebook but ‘no’ to having internet access. Malaysians have 22 million social media users, with Facebook being the most popular. However, recently the Reuters Institute for the Study of Journalism at Oxford University reported that Malaysia is ‘the global leader for Whatsapp news usage’, where just over half of news consumers surveyed in Malaysia use the platform to ‘find, share or discuss news in a given week’.

Is social media undermining democracy in Southeast Asia? Looking at three large countries in the region, namely, the Philippines, Malaysia and Indonesia, we get three very different answers. Perhaps, then, social media are not necessarily a tool for authoritarianism, but rather a tool for undermining any political system.

The obvious example of social media enabling authoritarianism is in the Philippines. Social media use was vital to Rodrigo Duterte’s 2016 election campaign, and his ‘innovative’ use of online trolls to support his policies and attack his opponents has been a feature of his administration since then. Jonathon Ong and Jason Cabanes have described this as ‘weaponization of a digital workforce’. Duterte’s regime of ‘authoritarian fantasies’ is the result.

On the other side of the South China Sea, there is very different story. In 2018, for the first time ever, Malaysia’s ‘electoral authoritarian’ regime led by the Barisan Nasional ruling party was defeated. Rather than functioning as a tool for enabling a dwindling and unpopular regime led by a corrupt and nepotistic autocrat, Najib Razak, social media platforms instead functioned as key spaces for civil society to push its claims and for anti-government messages to spread.

The messenger platform Whatsapp is central here. Despite being an important enabler for disinformation which led to the 2018 victory of the conservative populist in Brazil, Jair Bolsonaro, Whatsapp was crucial in spreading messages about the corruption involving the Prime Minister Najib and his wife in Malaysia. Indeed, my research throughout this election found that social media and Whatsapp were in fact ‘weapons of the weak’, allowing the controlled mainstream media messages and government statements to be undermined.

Perhaps it is too early to tell to what extent Malaysia’s new government will be more democratic than the last, but it’s hard to argue that the fall of an electoral authoritarian regime could be worse for democracy. Rather, it seems that social media (and Whatsapp in particular) were key enablers in undermining the existing regime which had lasted for sixty years.

Indonesia, the region’s most complex case, suggests a trend of social media promoting authoritarianism rather than democracy. Civil society in Indonesia has largely supported Jakarta Governor ‘Ahok’ and President Joko Widodo, and has previously used digital media effectively to portray them as democratic reformers in the elections in 2012 and 2014.  However, in 2017, Jakarta voters chose to oust the ‘double-minority’ incumbent governor ‘Ahok’, who is a Christian of Chinese-Indonesian heritage. Social media ‘algorithmic enclaves’ produced multiple forms of tribal nationalism throughout this campaign in a ‘post-truth’ style election campaign.

As Indonesia’s 2019 presidential election campaign gets under way, the use of Philippines-style trolls or ‘buzzers’ suggests Indonesia’s social media sphere is beginning to look more like that of the Philippines rather than Malaysia’s civil society activist space. Government crack-downs on social media dissenters also represents a recent trend, suggesting an ‘authoritarian turn’ from President Joko Widodo.

Southeast Asia’s rapidly changing information society is having enormous implications for politics. Social media are central to ‘underground’ election campaigns, promoting discourse which encourages citizens to fall into enclaves of identity politics. Campaign professionals sell themselves as being able to manipulate this digital sphere in order to bring electoral success to their fund donor.

However, the case of Malaysia might make us pause in concluding that social media use inherently undermines democracy in the region, as citizens begin to understand how the digital sphere is manipulated. Furthermore, Indonesia’s civil society is resilient, innovative and kaleidoscopic, and will find ways to adapt to recent trends of buzzing, fake news, and a president who has largely disappointed them.

Precisely how civil society adapts to new forms of digital media, in particular the looming threat of privacy breaches via ‘big data’ campaigning, will be key for determining what happens next for politics and democracy in the region.

Ross Tapsell is a researcher at the College of Asia and the Pacific at the Australian National University. He is the author of Media Power in Indonesia: Oligarchs, Citizens and the Digital Revolution (Rowman & Littlefield). Image Credit CC by Keith Bacongco/Flickr.

The ups and downs of India’s vibrant democracy
Indonesia’s quest for tolerance: Everyday social media talk and spreading the ‘virus of peace’