Forty years and beyond: China’s rapid urbanisation since reform and opening-up 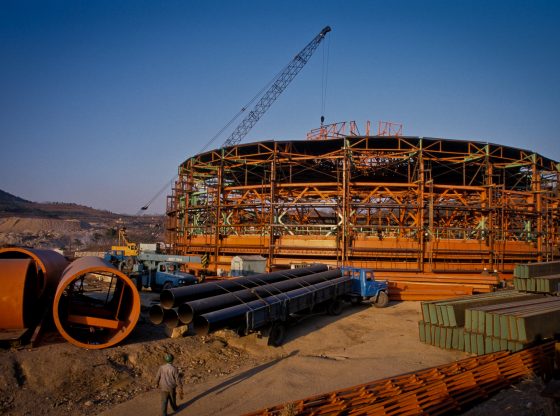 China is experiencing the largest urbanisation process in human history. Since the beginning of reform and opening-up forty years ago, China’s rate of urbanisation has rapidly increased. From 1978 to 2018, the urban population in China increased from 172.45 million to 831.37 million, with an average annual growth of 16.47 million. This means that the number of China’s urban residents increased by 4.82 times.

Over the last four decades, China’s level of urbanisation has risen to 59.58 per cent; 41.66 per cent higher than in the early years of reform and opening-up. Since 1995 in particular, the urban proportion of the population in China has grown rapidly. The average annual increase in the urban proportion of the population between 1995 and 2018 (at 1.33 per cent) was over two times higher than that of the previous period (1979–1995) at 0.65 per cent.

In 2011, China’s level of urbanisation surpassed 50 per cent for the first time. With its amazing pace of urbanisation and the uniqueness of its development path, China’s urbanisation process has attracted widespread and increasing attention.

The rapid pace of urbanisation in China has brought a lot of economic contributions and social benefits to the country, such as the rapid growth of GDP and the large reduction in poverty, as well as improvement of the transportation system, medical and healthcare services and the education system. From 1978 to 2018, China’s GDP increased from 367.87 billion yuan to 90.03 trillion yuan, with an average annual growth rate of 14.74 per cent and economic growth of 245 times. China’s GDP per capita has increased from 385 yuan to 64,520 yuan. Perhaps most tellingly, the life expectancy of Chinese residents has increased from 67.8 years in 1981 to 76.7 years in 2017.

First of all, in the past, insufficient attention was paid to migrant workers. Migrant workers found it hard to assimilate into cities or obtain the same employment guarantees, housing, medical care, and other public services as urban residents. Added to this, new urban residents such as college students and graduates also face challenges related to rapidly rising house prices and social integration.

Second, the constant focus on land and speed in the urbanisation process has resulted in the extensive use of land and mineral resources and environmental pollution.

Third, the level of development between urban and rural areas is extremely uneven. A large number of young and middle-aged rural labourers have flowed into the cities, and this has resulted in social problems such as children being left behind and elderly people whose children have left the nest, as well as the waste of cultivated land resources in rural areas.

China’s attempt to shape this new-type urbanisation model is comprehensive and complex, and it is a project that is framed over the long term.

*Excludes resident students and people aged 0–16 years. #The standard is 65–115 m2 for urban built-up areas and 85-105 m2 in newly developed cities. Source: Translated from the NNUP.

Since the release of the NNUP, it appears that China’s government has exerted no small effort in trying to meet the targets. These efforts include the establishment of a joint committee of 15 ministries and commissions, three batches of experimental zones, the reform of the household registration system (HRS, or hukou), the construction of affordable housing, and the establishment of a state-level New Zone.

China has already achieved some measure of success in switching from land-centred urbanisation to people-oriented urbanisation. In particular, the household registration system – a long-time magnet for criticism due to its institutional constraint on China’s urbanisation and rural-to-urban migration – has begun to be reformed. Anhui, for example, which is a pilot province of China’s new-type urbanisation, has performed a lot of related work to promote the ‘citizenisation’ of peasant workers and has made progress in reforming the  HRS.

It is important to realise that China’s attempt to shape this new-type urbanisation model is comprehensive and complex, and it is a project that is framed over the long term. Therefore we shouldn’t expect this transformation to be completed during the short six-year planning period of 2014–2020. We need to pay more attention to equality in the provision of basic public services for rural workers and the urban low- to middle-income population.

Second, the pressures and costs of the ‘citizenisation’ of peasant workers and new urban residents are growing fast, accompanied by rising costs of housing in cities. Despite the advantages of institutional innovation, unexpected side effects such as rapidly rising housing prices actually undermine the success of NNUP implementation.

Professor Mingxing Chen is Deputy Director of the Key Lab of Regional Sustainable Development Modelling at the Institute of Geographic Sciences and Natural Resources Research, Chinese Academy of Sciences. His research interests are in urbanisation and sustainable development. Image credit: CC and ADB/Flickr.