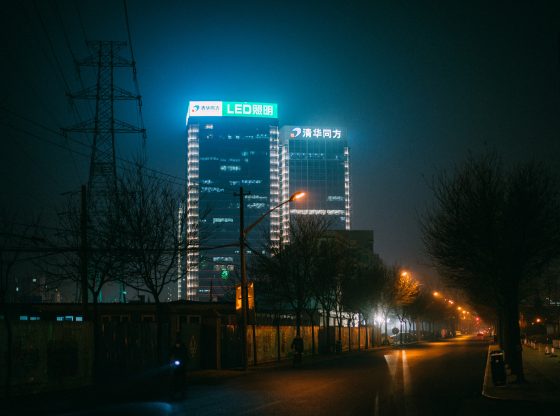 In February 2014, Chinese President Xi Jinping announced the creation of the ‘Jing-Jin-Ji’ (JJJ) metropolitan region in order to integrate the economies of Beijing, Tianjin and Hebei Province into a regional economic hub.*

The plan was part of a greater urbanisation effort by the central government spearheaded by the 2014 National New-Type Urbanisation Plan which was promulgated by the Central Committee of the Communist Party of China (CPC) and the State Council, to address urbanisation issues such as land use and population growth, traffic jams, low capacity in the handling of sewage and solid waste, air, water, and soil pollution, and the hukou (户口) household registration system. The report to the 19th National Congress of the CPC in October 2017 further expanded upon the key tasks of implementing the urbanisation strategy and propelling the formation of a national strategy to promote coordinated regional development.

China’s approach to mega-city development has been to cluster cities and towns into regional networks which can serve as a mechanism to enable the coordination of both municipal administration and economic development efforts.

The development of metropolitan cluster regions (chengshiqun 城市群) such as Jing-Jin-Ji has been central to China’s escalating efforts at urban development by focusing on grouping cities into economic agglomerations connected by a shared administration, infrastructure and economics. Alongside the Beijing-Tianjin-Hebei region (JJJ) we have seen the creation of the Pearl River Delta (PRD) Metropolitan Region encompassing Guangdong Province, Hong Kong and Macau, and the Yangtze River Delta (YRD) Metropolitan Region comprised of Shanghai, Anhui Province, Jiangsu Province and Zhejiang Province

The creation and expansion of JJJ, PRD and YRD is part of a greater plan by China to develop  them into internationally competitive and technologically innovative mega-city clusters that can compete with other global mega-regions such as the Greater Tokyo area, the Boston to Washington corridor, the San Francisco Bay area, the Seoul-Busan region and the Texas Triangle. In 2018, these three world-class mega-city clusters accounted for over 40 per cent of China’s GDP.

In addition to JJJ, PRD and YRD, the central government has identified sixteen additional mega-city clusters that can be further classified into eight medium-sized and eight small-sized clusters. While these clusters have less economic clout relative to the three world-class mega-city clusters, they are nonetheless integral drivers of China’s regional and provincial economic development. In fact, the medium-sized clusters each comprise about 3 to 9 per cent of national GDP and the small-sized ones each comprise about 2 per cent or less of national GDP.

It is also quite possible that one or two of the eight medium-sized clusters – particularly the Chengdu-Chongqing cluster and the Yangtze Mid-River cluster of Hubei, Hunan and Jiangxi Provinces – will eventually develop enough to advance to the rank of a world-class city cluster as China’s urbanisation rate increases over the next decade and beyond.

China’s approach to mega-city development has been to cluster cities and towns into regional networks which can serve as a mechanism to enable the coordination of both municipal administration and economic development efforts. This was the main logic behind the drive to coordinate the development of the Beijing-Tianjin-Hebei region, as well as the decision to relieve Beijing of certain municipal administrative and economic functions deemed to be non-essential to its role as the country’s capital. By easing Beijing’s role in providing these functions, the goal was to build city sub-centres that would both optimise Jing-Jin-Ji’s geographical layout and create mechanisms that would improve the region’s development while addressing a variety of urbanisation issues.

During the past five years, Xi Jinping has repeatedly emphasised regional coordination and administrative decentralisation as part of a greater effort by China to showcase progress in urbanisation, ‘townisation’ and regional development.

Two important sub-centres were created out of the decision to decentralise Beijing’s municipal responsibilities. First, in July 2015, Beijing’s municipal government formally announced that it planned to relocate many functions of the municipal government to the southeastern suburban district of Tongzhou (通州区). Then, in April 2017, the Central Committee of the CPC and the State Council announced the creation of the Xiong’an New Area (雄安新区) in Hebei Province as the location for many of Beijing’s non-capital functions, newly relocated population, and as a platform to demonstrate China’s urban and economic policy initiatives aimed at encouraging a transition to coordinated, inclusive and sustainable growth.

In January 2019, the Central Committee of the CPC and the State Council approved the 2018–2035 Master Plan for the Xiong’an New Area, which underscores the goal of establishing the area as an environmentally friendly and liveable city centre that will serve as an innovation demonstration zone and the commercial and economic hub of Jing-Jin-Ji.

Simply stated, Xi’s long-term vision for the Beijing-Tianjin-Hebei region is for Beijing to completely divest itself of commercial activities and become a thoroughly political national capital. In June 2017, while chairing a meeting of the Politburo Standing Committee on the subject of Beijing’s urban planning, Xi stated that while Beijing should remain the centre of national politics, culture, international exchange and scientific innovation, all other ‘non-capital functions’ should be moved elsewhere to other regional locales like Xiong’an and the Binhai New Area in Tianjin.

In January 2019, Xi chaired a symposium to discuss development of the Jing-Jin-Ji region. He laid out six priorities which included a reiteration of efforts to relocate Beijing’s non-capital functions, high-quality planning and development of the Xiong’an New Area, the need to inspire independent innovation bases, and lifting all poverty-stricken counties in the region out of poverty by 2020.

Additionally, in his recent visits to both Xiong’an and Tianjin in the run-up to the 2019 meetings of the National People’s Congress and the Chinese People’s Political Consultative Conference, Xi again stressed the need to better integrate Jing-Jin-Ji. He is intent on reshaping not only the Beijing-Tianjin-Hebei region, but all Chinese mega-city regions by emphasising the need to pool resources, integrate markets and create economies of scale that will serve a role in maintaining an adequate level of annual national GDP growth.

Ideally, regional integration in Jing-Jin-Ji, as well as China’s other mega-city regions, has the potential to achieve a form of ‘agglomeration economics’, where financial efficiency gains stem from a number of small- to medium-sized cities that surround and are guided by a principal city. In an urban agglomeration such as the Beijing-Tianjin-Hebei region, China is placing a bet that the creation of a mega-city region with a population of over 100 million will, by sheer size alone, improve the region’s pollution, traffic congestion, resource shortages and income inequality problems and serve both as an exemplar for other mega-city regions and as a major driver for China’s consumption-led economy.

Dr Jon Taylor is a Professor of Political Science at the University of St Thomas in Houston. Image credit: CC by Tagosaku/Flickr.