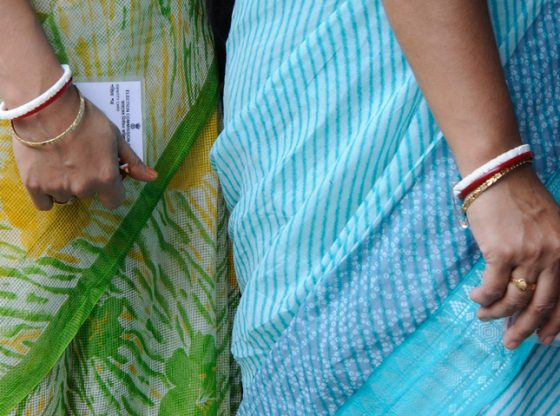 Anecdotal evidence has been suggesting for a while that job growth in India significantly slowed in and after 2017, owing largely to two factors: demonetisation in November 2016 and the introduction of the Goods and Services Tax (GST) in July 2017. Both these factors have had disruptive effects on economic growth in India.

A leaked report of the National Sample Survey Organisation (a government survey agency), for instance, suggested that the unemployment rate for skilled workers has jumped to 12.4 per cent in the fiscal year 2017/18, up from 5.9 per cent in 2011/12. The unemployment challenge is worse in rural areas, in part owing to the structural challenges within the Indian economy. Estimates from the International Labour Organisation (ILO) show that almost 44 per cent of India’s workforce was employed in the low productivity, low-wage agriculture sector in 2018.

How much does all this matter? Unemployment is particularly high among India’s youth, a key constituency that voted Narendra Modi and his Bharatiya Janata Party (BJP) into power in 2014. That vote (discussed below in detail) cut largely across caste lines in the Hindi heartland, giving Modi the strongest mandate of any prime minister in three decades.

However, that wide support base is at risk today. The states of Rajasthan, Chhattisgarh and Madhya Pradesh have all gone with the opposition Congress party in state elections in December 2018 (Madhya Pradesh was a hung assembly but the Congress formed the government). While it would be wrong to project state election results onto parliamentary seat outcomes, it cannot be denied that the popularity of the BJP has waned in its key strongholds and this will adversely impact on the outcome of the upcoming elections.

Modi, both as the current prime minister (PM) and previously as the chief minister of Gujarat, has been known to run a highly centralised administration, with limited space for ministers. This style of functioning will face significant challenges if he is forced to share power with a clutch of powerful allies.

Getting the caste calculus right

Historically, a significant hurdle for the BJP in expanding its support base, particularly in the south of India, is that the BJP has been perceived as a party of upper caste north Indians.  Modi, who hails from a community classified as an other backward caste (OBC), has worked to break this mould to a significant extent. However, the BJP’s efforts to extend its reach have hit a roadblock. The party has refrained from embracing a more progressive caste agenda, out of fears that it will alienate its traditional upper caste voters. It has been markedly conservative in its choice of key political figures, and in battleground states such as Uttar Pradesh and Maharashtra, it has opted for upper caste faces for the position of chief minister (CM).

In a country where caste affiliations are critical for power and public resources at the state/district level (being an important informal factor in the appointment and posting of government officials as well as the awarding of government contracts), the BJP’s choice of chief ministers is likely to have disappointed OBC and scheduled caste (SC) voters who voted for the party in 2014.

A key BJP strategy has been to consolidate voters against a dominant caste group or community by rallying smaller groups together. An example of this is the state of Haryana, where the BJP broke almost two decades of domination of the CM position by Jat community members by appointing a non-Jat, Manoharlal Khattar, as chief minister. However, given the outsized influence that larger communities have in India’s first-past-the-post system, even a slight swing of votes against the BJP could have dramatic consequences for its electoral prospects. And nowhere will this challenge be greater than in the most important state of Uttar Pradesh.

The two influential regional parties in Uttar Pradesh – the Samajwadi Party (SP) and the Bahujan Samaj Party (BSP), formerly fierce rivals – have joined together into an alliance in order to counter the BJP’s strong grip over the state. The alliance brings together three influential communities, namely, the Yadav community (which largely backs the SP), the Jatav community (which largely backs the BSP), and Muslim voters (who are traditionally averse to voting for the BJP). Taken together, these alliances will have a significant impact on the BJP’s performance in the upcoming elections and are certain to weigh down the BJP’s electoral arithmetic.

The recent tensions between India and Pakistan, which resulted in limited military action by the air forces of both countries, could be a trump card for the BJP. Nationalism is an emotive political issue in India, not least when nationalist ire is directed at Pakistan which can even become a conduit for pushing the BJP’s right-wing, Hindu nationalist agenda. The BJP’s political leadership has not shied away from describing the Indian Airforce action against Pakistan as an example of Modi’s decisive leadership. Indeed, Modi’s persona is going to be a key element of the BJP’s 2019 election strategy.

The effectiveness of this strategy is going to be limited in the current circumstances, however, with voter ire on issues such as unemployment as well as caste issues expected to adversely impact on the BJP’s electoral prospects. The key risk to this view is another round of tensions between India and Pakistan, which will divert voter attention away from local issues to more international and security ones.

Under current conditions, the BJP and its allies are unlikely to secure another majority in the Lok Sabha, and a hung parliament is the most likely outcome. Given that the Congress still remains weak in several large states, the BJP and its allies will most likely form the next government, supported by regional parties such as the Biju Janata Dal and the Telangana Rashtra Samithi.

Shreyans Bhaskar is a Research Analyst at The Economist Intelligence Unit focussing on India, Pakistan and Singapore. He can be followed on twitter https://twitter.com/ShreyansBhaskar.