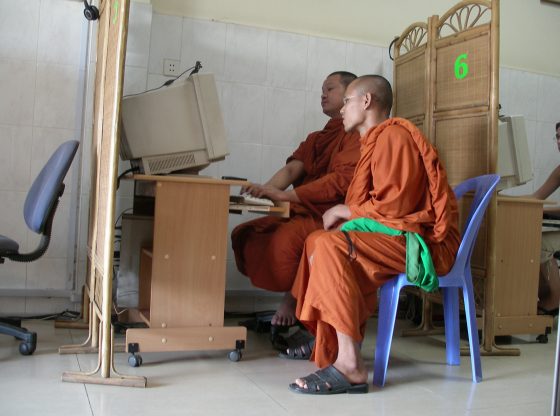 In the West, the principal concern of most digital activists relates to privacy issues surrounding the collection of data by governments and tech companies, and the dissemination of disinformation, dubbed ‘fake news’. In Southeast Asia, by contrast, censorship and the rise of ‘Digital Authoritarianism’ are of most concern.

Whilst the nature of Southeast Asia’s governments varies widely, the region has long been home to a number of regimes that have been described as semi-democratic. Under such regimes, while elections may be regular and opposition political parties legal, institutionalised mechanisms of manipulation and oppression have acted as checks on civil rights and freedom of speech.

Consequently, in countries as diverse as Cambodia, Malaysia, Myanmar, Singapore and Thailand, elections are rarely free or fair. Even where elections are largely competitive, a climate of pervasive corruption and/or violence tarnishes and undermines democratic norms. Indonesia and The Philippines provide the best examples of this in the region.

In more recent years the gap between regulations and activities has narrowed considerably, with the overall level of freedom on the internet in the region declining sharply.

In all these countries, as well as in Southeast Asia’s genuinely authoritarian regimes (Myanmar, Vietnam, and Thailand since 2014), the internet has frequently been the principal arena in which activists, dissidents and opposition political leaders could circumvent laws restricting the free expression of ideas and the dissemination of content and information.

Often the more permissive nature of the internet in Southeast Asia was less the result of design and more due to the rapid expansion of internet access and mobile phone ownership, which left regulators struggling to adapt their existing apparatus of control to the new realities that the internet afforded. Rarely was it deliberate. Malaysia is the only Southeast Asian country which has intentionally opted for a more liberal environment as part of a government-sponsored programme to entice foreign investment into the tech sector.

In more recent years the gap between regulations and activities has narrowed considerably, with the overall level of freedom on the internet in the region declining sharply. As several reports by Freedom House show, internet freedoms have declined sharply in countries where the overall control regime had been freer, while the most restrictive environments have at best remained unchanged.

The largest decline in freedom on the internet over the past five years has been in Cambodia.  Here it is clear that the impetus behind the most recent restrictions was the July 2018 general election, which saw Hun Sen re-elected to a sixth term as the country’s prime minister. In February last year, in a move that mirrored the successful use of such laws by the military government in neighbouring Thailand, Cambodia introduced its own lèse-majesté offence. This makes it illegal to defame, insult or threaten the dignity of the king. As well as targeting ordinary Cambodians, such as a 70-year-old barber who was given a seven-month jail sentence for comparing the current king unfavourably with past monarchs in a Facebook post, the law has also been used against prominent opposition figures such as Sam Rainsy.

Elsewhere, amendments to the constitution now prohibit Cambodians from engaging in activities (including online) ‘which either directly or indirectly affect the interests of the Kingdom of Cambodia’. Such simultaneously broad and vague definitions are frequently deployed by authoritarian regimes in their attempts to silence dissent. In addition, new censorship and surveillance controls have been introduced by inter-ministerial proclamations. These have ordered all internet service providers to install the software necessary to monitor, filter and block websites and social media that post illegal content.

While countries like Cambodia lack both the technological expertise and financial resources to operate nationwide controls and filters like those deployed under ‘The Great Firewall’ in China, experience shows that they can achieve similar results in a different way. Simply by ratcheting up the number of people charged and prosecuted under existing criminal laws, internet users become more cautious and practise self-censorship.

In the year prior to Cambodia’s 2018 election, for example, 40 violations of online laws were penalised – something that was relatively rare only a few years earlier. Furthermore, print and online media outlets have been shut down, including the award-winning English-language newspaper The Cambodia Daily, while independent media websites such as Voice of America were blocked for the final 48 hours of the 2018 election.

Such tactics are all too familiar across the region and are certainly not exclusive to Cambodia. In Thailand the country’s freedoms of speech and expression have been severely curtailed since the military coup in 2014, while in Myanmar hopes for a more democratic mediascape have been undermined both by new laws and by a cacophony of seemingly orchestrated hate directed against the country’s Muslim Rohingya minority.

None of this means that dissent does not exist. Across Southeast Asia, activists continue to play cat and mouse with regulators, utilising virtual private networks and other circumvention technologies wherever possible to disseminate critical information, satire and other forms of symbolic protest. As one website and social media account is shut down, other new ones are opened.

Nevertheless, the general trend in recent years has been clear: Digital Authoritarianism is on the march.