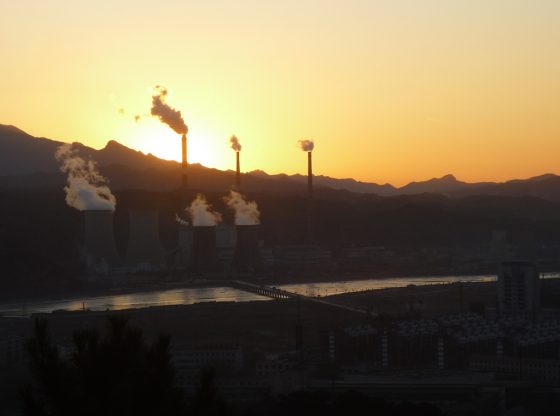 During the last four decades, China has experienced a remarkable economic transformation and emerged as one of the world’s major manufacturing economies. However, the high economic growth strategy has also resulted in environmental degradation, making China today the single largest emitter of carbon dioxide (CO2) in the world.

Despite recent efforts by China to curb CO2 emissions, it is expected that they will continue to grow until 2035/2040. Therefore, any attempt to combat global warming hinges on understanding the drivers of domestic CO2 emissions in China. It is widely accepted that China’s political leadership prioritised economic growth over environmental concerns, resulting in severe air, water and land pollution. The move towards sustainable economic development did not start until the 11th Five-Year Plan (2006 – 2011).

Coupled with exceptional economic growth, China’s economy also underwent a deep structural diversification of the ownership of productive assets, giving rise to a large private sector alongside a still sizeable state-owned sector. For instance, private ownership of fixed assets in the manufacturing sector was as high as 40 per cent in some provinces (e.g. Zhejiang) in 2010, whereas state-owned firms with ownership shares exceeding 90 per cent remain dominant in other provinces (e.g. Xinjiang). This leaves the question open as to whether the new capitalist private firms or the traditional socialist state firms are at the heart of the pollution problem in China.

‘Market-based efficiency reforms will not just improve the economic standards of living, but they also offer a growth trajectory that is less harmful than one fully relying on state-owned production.’

The findings of authors Fredrik N.G. Andersson, Sonja Opper and Usman Khalid confirm that private firms emitted less CO2 than state-owned firms in China, using provincial-level data from 1992 to 2010. Their results indicate that provinces with a rapidly growing private sector exhibit lower emissions growth. Since both types of firms are equally involved in light and heavy manufacturing, these differences are likely to be driven by behavioural differences, indicating that private firms are more energy efficient compared to state-owned firms. Therefore, policies that can improve the energy efficiency of state-owned enterprises to the level of private firms can reduce the yearly growth in provincial carbon emissions by between 1 and 2 percentage points.

These results carry important policy implications, not only for China but also for other developing and transition economies with a sizeable state-owned sector. Necessary measures suggested by the authors includeMarket-based reforms, especially in the financial sector. These reforms will increase the competitive pressure on state-owned firms, forcing them to become more energy efficient and reduce wastage.

These findings also have broader implications for the rest of the world, as the continued modernisation and transformation of China’s economy towards a full-fledged market economy will reduce pollution levels to the international standards of industrialised economies. Consequently, economic development in China is a global requirement which is not in conflict with efforts to combat global warming.

Moreover, the results offer lessons for the many developing economies around the world that rely on large state-owned sectors. ‘Market-based efficiency reforms will not just improve the economic standards of living, but they also offer a growth trajectory that is less harmful than one fully relying on state-owned production, a factor that receives rapidly increasing appreciation from societies at large and, more specifically, from voters. The decision to retain state-owned production and to postpone further market reforms may carry a heavy environmental price-tag.’

Dr Usman Khalid is an Assistant Professor at the School of Economics, University of Nottingham, Malaysia Campus. Image Credit: CC by Gustavo M/Flickr.

Southeast Asia – drifting towards Digital Authoritarianism?
No achhe din yet in Modi’s India