Why nativism rather than nationalism represents Southeast Asia’s democratic danger 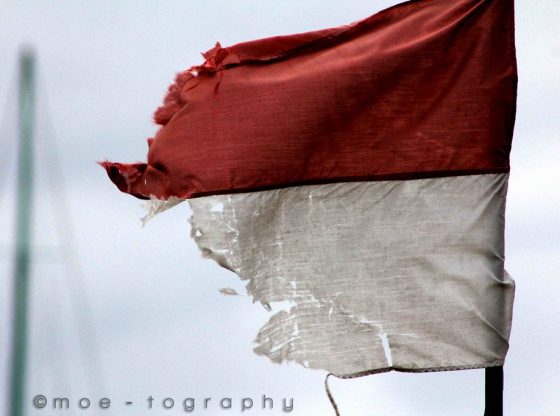 A rising tide of nationalism is sweeping the globe.  From Xi to Modi to Trump, the world’s most populous countries have embraced leaders who overtly espouse nationalist rhetoric.  Observers rightly worry that this rising fervour of nationalism has the potential to undermine democracy.  Yet it is not the presence of nationalism itself but the type of nationalism that should concern democracy’s supporters.

As Benedict Anderson noted nearly four decades ago, nations are ‘imagined communities’: imagined because citizens never encounter their fellow citizens directly, and communities because they fulfil an abiding human need for social connection, in its most capacious incarnation to date.  Nationalism is neither inherently progressive nor conservative, neither good nor evil.  Much like planes that can be used to ferry food to famine-struck regions or terrorists into skyscrapers, nationalism is a political resource that can be wielded for ill or good.

Within Southeast Asia, a cursory comparison shows how nationalism has been a resource for protecting democracy in Indonesia and for undermining it in Myanmar.

Inasmuch as it is difficult to imagine modern life without planes, it is difficult to imagine our political world without nation-states.  The core ideology associated with the most powerful political actors of our time is here to stay.  Nation-states continue to be the most consequential political actors of our time, responsible for such policies as health care and education that directly affect large number of citizens.  Identities which can be invoked to legitimate state policies are therefore useful to politicians.  Still, in many respects, it is a tenuous miracle that individuals are often willing to make sacrifices – in the form of taxes and occasionally with their lives – for the benefit of co-nationals with whom they may have little in common.

Nationalisms critically differ in their bases of belonging, varying along a continuum from nativist nationalisms, which embrace some fixed or ‘native’ identity, to creedal conceptions of nation which recognise and sometimes celebrate multi-ethnic, multi-religious states.   Creedal nationalisms, based upon principles and beliefs rather than identities that are situationally fixed, do not definitionally relegate whole categories of citizens to second-class status.  Because no country is entirely homogenous, the embrace of a nationalism based upon fixed or nativist identities ipso facto creates citizen out-groups. Such second-class citizens can more readily become political targets for political entrepreneurs, especially in times of crisis.

Within Southeast Asia, a cursory comparison shows how nationalism has been a resource for protecting democracy in Indonesia and for undermining it in Myanmar. It is important to remember that while inclusive nationalism provides a powerful check against minority scapegoating (one form of democratic breakdown), it offers little protection against autocratic coups (quite another form).

In both Indonesia and Myanmar, an array of heterogeneous cleavage structures confronted indigenous elites as they mobilised mass movements for self-rule against colonial empires during the early decades of the twentieth century. In Indonesia, the historical imperative of anti-colonial mobilisation led to an inclusive national narrative based upon pancasila. Translated as ‘five principles’, pancasila stipulates that Indonesians express faith in a God, for example, but not necessarily Allah, which allows for an array of religions to be included in the national community on equal terms.  Linguistically, the country was also inclusively imagined – with no serious attempt made to make the language of the ethnic majority the dominant one.

However, because those principles defined the nation without a well-organised political party to embody and promote those ideals, the nationalist party proved unable to garner reliable party majorities necessary to stabilise democracy through electoral majorities and coalitional compromises. It was in this context of instability that Sukarno initiated a pro-communist coup in 1957, followed by a conservative counter-coup a decade later by Suharto, initiating several decades of military rule.  Throughout, Indonesian nationalism, which has not essentialised social cleavages, has helped protect against the politicisation of ascriptive identities in moments of crisis.  However, it did not protect against coups.

Since the military retrenchment and Indonesia’s democratic opening, its historically inclusive nationalism has systematically supported the stabilisation of democracy to date. Few countries have exited the coup trap as smoothly as Indonesia has.  The lingering relevance and potency of Sukarno-brokered inclusive nationalism remains surprisingly unchallenged to the present day. When Suharto fell in the aftermath of the Asian financial crisis, reformasi mobilisation transcended every imaginable social divide. When he tried to target minorities in order to divide democratic opposition, he was not successful.  Since Suharto’s fall, Indonesia’s inclusive nationalism has continued to preclude minority marginalisation even as it has helped to stabilise Asia’s steadiest democracy.

Myanmar’s nativist nationalism provides a striking contrast to Indonesia’s founding story, with similarly strong influences on its modern politics.  In Myanmar, the founding nationalist struggle made an ethno-religious group central to the national imagination. Consequently, ethnic and religious minorities have not just struggled for state recognition, but they have been forcibly de-mobilised to such a degree that minority rights are the rocks upon which Burmese democracy has foundered. That Myanmar’s budding nationalist movement, the Dobia Asiayone, was fundamentally exclusive in character is witnessed by the translation of its name, which means roughly ‘Burma for the Burmans [the largest ethnic group]’.

Because Burma’s founding national narrative centralised the role of Theravada Buddhism in defining the nation, that narrative conditions the possibilities of democracy today. In the aftermath of the Second World War, Britain emphasised the need to include predominantly non-Burman frontier areas in the negotiations over independence. To comply with these demands, General Aung San, along with fellow members of his nationalist movement, initiated the 1947 Panglong Conference.  Even this effort at inclusivity was relatively paltry, however, and it only included three of the eight major ethnic groups.

When the nationalist hero Aung San was assassinated later that year, U Nu became Burma’s first Prime Minister upon independence in 1948.  At this formative stage in the new country’s life, its new Prime Minister often used scripture and Buddhist teachings to justify new policies, solidifying the already strong, historically inherited association between Buddhism and Burmese nationalism.

As in the case of Indonesia, however, Myanmar lacked a well-developed political party to promote its nationalist vision through electoral stability.  Especially as ethnic groups rebelled in the geographic periphery of the country, the role of the military assumed greater prominence in politics, culminating in the military assumption of power in 1958 when the ruling AFPFL coalition fractured, and again more firmly in 1962 with the military coup of Ne Win. This coup established one-party rule under the Burma Socialist Programme Party (BSPP), which effectively isolated the country until mass demonstrations against currency devaluations in 1988 brought the daughter of the country’s founding father, Aung San Suu Kyi, to national and eventually international prominence as an advocate for democracy.

Crucially, the ruling military junta, under the cosmetically different names of SLORC and SPDC, continued to maintain its firm grip on power until the core representatives of the nation, Buddhist monks, protested against the regime in their tens of thousands in 2007.  While the military could continue to keep its grip on power using brutal tactics against the ethnic periphery, it could not do so when the representatives of the nation defected. Hence a slow, controlled transition to democracy was initiated that culminated in the 2015 elections in which Aung San Suu Kyi’s National League for Democracy (NLD) won a landslide.

In the present context however, observers of Burmese politics concur that democracy’s progress has been halted by the presence of regular, military-led atrocities against the Muslim Rohingya in Rakhine State. The central role of Buddhism in Burmese society has constrained Aung San Suu Kyi from speaking out against policies which have the tacit, and in some cases express support of Buddhist organisations.  The centrality of Buddhist identity to the Burmese national political community has shaped the possibilities for democracy in Myanmar today.

Maya Tudor is a University Lecturer in Government and Public Policy at the Blavatnik School of Government, Oxford University, and a fellow of St Hilda’s College, specialising in the origins of stable and democratic states in South- and Southeast Asia. Her book, The Promise of Power (Cambridge University Press, 2013), investigates the origins of India and Pakistan’s puzzling regime divergence in the aftermath of colonial independence.