Kashmir: the issue that doesn’t normally feature in Indian elections 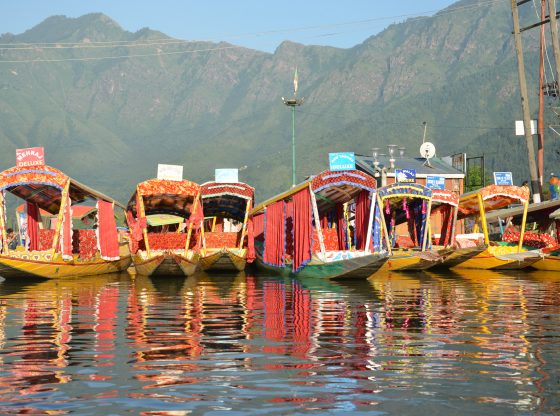 As campaigning gets underway in India’s general election, culminating in the counting of votes on 23 May 2019, this essay looks at how the Kashmir conflict may feature in the contest.

It’s a commonplace of Indian general elections that Kashmir is never a campaign issue. There are no votes to be won by talking about India’s most persistent internal conflict – and so the nationwide political parties largely ignore it, just as for many years Northern Ireland barely featured in British election campaigns.  India’s air attack on 26 February 2019 on what it says was a base of a Kashmir-facing jihadi group at Balakot in Pakistan has, on the face of it, brought the Kashmir issue to centre stage. But has it?

It is noticeable how rarely the political discussion and often frenzied Indian media coverage has turned to the tense situation within Indian-administered Kashmir, rather than the longstanding rivalry with Pakistan.

Balakot was, says the Indian military, used by the armed group Jaish-e-Mohammed which had claimed responsibility for a suicide car bomb attack on a military convoy at Pulwama in Indian-administered Kashmir twelve days earlier. At least forty Indian paramilitary troops were killed in the Pulwama attack – the heaviest loss of life in a single incident suffered by India’s armed forces in thirty years of separatist insurgency in Kashmir.

As so often in conflict, there is a fog of confusion about the nature of the Indian strike on Balakot and the extent of the damage and casualties inflicted. But there is no doubt that India staged an air attack on Pakistani territory – the first Indian violation of Pakistani air space since 1971. Pakistan responded the following day with an air force operation which led to a dogfight over the skies of Kashmir – Pakistan shot down at least one Indian military plane and captured its pilot; India says it brought down a Pakistani plane which crashed on the other side of the line of control which, in effect, partitions Kashmir.

So India’s general election takes place in the shadow of the most serious military confrontation between India and Pakistan since the Kargil conflict of twenty years ago – also fought in what was once the princely state of Jammu and Kashmir.

Pakistan’s prompt release of the captured Indian air force pilot helped to ease tensions, and the wave of patriotism and jingoism evident in the Indian media has in part abated. But the perception that India’s nationalist-minded prime minister, Narendra Modi, has been resolute in responding to threats to India’s security – abandoning the policy of ‘strategic restraint’ which the country has pursued for decades – is likely to be to his political advantage. The governing BJP has disowned a prominent figure within its own ranks who said that the attack on Pakistan would boost its electoral fortunes – but that BJP insider was only saying aloud what many Indian politicians have been talking about privately.

Yet it is noticeable how rarely the political discussion and often frenzied Indian media coverage has turned to the tense situation within Indian-administered Kashmir, rather than the longstanding rivalry with Pakistan. A lead story in the news magazine Outlook – its cover read: ‘Why Can’t We Solve Kashmir?’ – has been a striking exception.

Indian-administered Kashmir is small. The Kashmir Valley, the heartland of Kashmiri culture and the focus of the dispute, accounts for just three of the 543 constituencies in the Lok Sabha, the popularly elected chamber of India’s Parliament. Kashmiri votes don’t determine who governs in Delhi. And across the political spectrum in India – outside the Kashmir Valley, that is – there is a broad consensus that Kashmir is an integral part of India.

That’s not how many Kashmiris see it. It is difficult to assess political opinion in the Kashmir Valley – a corner of Hindu-majority India which is 98 per cent Muslim – but most observers believe that Kashmiris, by and large, do not see themselves as Indian and resent the overwhelming military presence in the Kashmir Valley and the blight it places on their lives. Many – even most, I would estimate – would like to see an independent Kashmir rather than become part of Pakistan, which has been fighting in one fashion or another to get hold of all of Kashmir ever since independence in 1947. There is, of course, no prospect at all of India relinquishing its grip on the Kashmir Valley or agreeing to a referendum.

Last year was the most violent in Kashmir for a decade – with an estimated 500 or more lives lost. Kashmiri militant groups, which once had been almost wiped out, are recruiting again – though in small numbers. The Indian army has adopted a tougher approach to rooting out armed militants. And in South Kashmir in particular, the level of popular disaffection – reflected in the mass gatherings for funeral prayers for killed militants and in the thousands who take to the streets to frustrate Indian army operations against armed separatists – is probably as high as it has ever been.

While the Indian government continues to view Kashmir more as a security than a political concern, the situation is unlikely to improve. Tough security measures can succeed in limiting armed militancy but they don’t win hearts and minds. A few Indian voices have spoken out urging a new approach on Kashmir – notably the novelist and activist Arundhati Roy and, among mainstream politicians, the one-time home and finance minister in a Congress-led government, P. Chidambaram, who warned that India was on the brink of losing Kashmir. But there has been next to no sustained consideration of a new approach.

The Indian government’s response within Kashmir to the latest flare-up in tension with Pakistan has angered many there. Security cover has been withdrawn from several moderate separatist leaders, even though they are at a real risk of attack by more hardline groups. The state’s governor – there is currently no elected state government – has pulled official advertising from two well-regarded English-language daily papers in Kashmir, an important source of revenue for them, apparently as a punishment for being too sympathetic to separatism. And most controversially, a longstanding socio-religious group, Jamaat-e-Islami, has been banned and several hundred of its members arrested – the group is seen as sympathetic to separatism but has denied any links to armed groups.

None of these measures have featured in the early stages of India’s election campaign – and it is unlikely that they will in the weeks ahead. Nor is there a prospect of much discussion of the targeting in the wake of the Pulwama outrage of Kashmiris living in other parts of India, which prompted several hundred Kashmiri students to hurriedly return home. A senior Indian official was among those who appeared to endorse on social media a call for a boycott of all things Kashmiri. And the Indian government was – critics say – slow in denouncing the evictions, assaults and harassment many Kashmiris had to endure.

A new grievance is India’s Election Commission’s failure to announce the dates of polling for the Jammu and Kashmir state assembly. The state’s coalition government collapsed last year, leading to the dissolution of the state assembly and the introduction of governor’s rule.  Normally, new elections should be held within six months – that is, by 21 May 2019 – and the main Kashmiri political parties had urged that voting be held at the same time as the parliamentary elections.

The Election Commission’s decision that the security situation allows polling in Kashmir for nationwide elections but not in a state-level contest has been seen as bafflingly inconsistent. One former chief minister of Jammu and Kashmir, Omar Abdullah, complained on Twitter that this would be the first time in more than twenty years that state assembly elections had not been held on schedule. Mehbooba Mufti, another former chief minister, tweeted: ‘Not letting people elect a government is antithetical to the very idea of democracy’.

The move has inevitably given rise to a feeling that, in the world’s biggest democracy, the basic rules of political representation do not apply in quite the same way in Kashmir.

Andrew Whitehead is an Honorary Professor at the University of Nottingham and a former BBC India correspondent. He has written on ‘The Rise and Fall of “New Kashmir” ’ in Kashmir: History, Politics, Representation, edited by Chitralekha Zutshi (Cambridge University Press).  He tweets @john_pether

Social development and mental health services in contemporary China
From treatment to prevention: The role of workplace psychoeducation for mental health in China