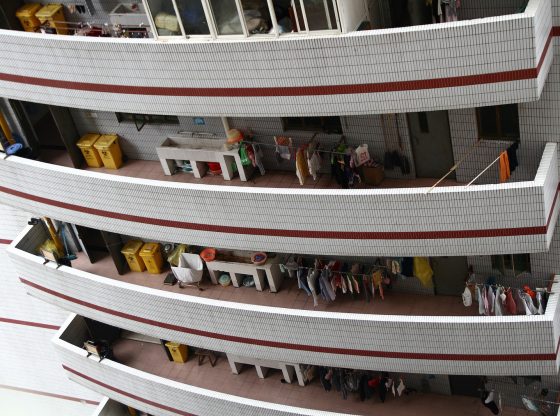 Mental health disorders represent a severe burden for the individuals who suffer, their families, and society in contemporary China. The China Mental Health Survey (2019) shows that the lifetime prevalence of mental disorders (excluding dementia), mood disorders and schizophrenia and other psychotic disorders in China are 16.6 per cent, 7.4 per cent and 0.7 per cent, respectively.

One of the key issues facing the mental health system is how to balance the development of community- and hospital-based mental health care.

An estimated 173 million Chinese people have a diagnosable psychiatric disorder, and over 90 per cent of people with a mental disorder have never been treated. Except for schizophrenia, the prevalence of most mental disorders (e.g. mood disorders, anxiety, alcohol and drug dependence and dementia) has increased across China in the past three decades. However, for various historical reasons, mental health services have been a low priority in the country.

China’s social development (including social economy, urbanisation and migration) has undergone unprecedented change over the past three decades. Since the 1980s the country has experienced a profound socio-economic transformation which is reflected in the steady rise of the nation’s gross domestic product (GDP). China’s rapid economic growth in terms of rising GDP has produced many economic benefits, raising the average family income and pulling hundreds of millions of people out of poverty.

However, rapid social change is likely to bring about a general increase in psychological pressure and stress and has been generating new challenges for the country and its mental health system. Citizens face many new challenges, resulting in mood, cognition and behavioural disorders and other related problems. Our studies have shown that social development and a change of family structure (such as smaller families) may influence the treatment status of those suffering from mental disorders. This may also result in poor outcomes; for example, lower rates of full and partial remission.

Protection for the rights of people with mental disorders and their families has gradually been emphasised in China. Traditionally, this protection has been inadequate as a result of the scarcity of national mental health laws. The National Mental Health Law formally came into effect on 1 May 2013. As a result of this law, the provision of treatment for individuals with mental disorders was addressed and most psychotropic drugs are now covered by basic health insurance. However, more evidence is needed to test the effectiveness of this legislation, particularly with regard to protecting the rights of individuals with mental illness and their families.

The stigma attached to mental illness impacts on the care and treatment that family caregivers are able to provide. Recently, many national community-based care programmes (such as the 686 project) have been initiated to train mental health professionals and facilitate community-based services.

Studies we have carried out over 21 years from 1994 to 2015 show that social development may lead to higher rates of relative poverty, poor family economic status and a decrease in the availability of family members to act as caregivers. Even though socio-economic development in China may raise the mean family income, it also causes relative poverty to be more severe in households that have individuals with mental disorders. The treatment status and quality of services for these patients may be negatively influenced by this relative poverty, and how to mitigate this problem is a significant challenge. Based on our previous studies, we argue that the relationship between social development and the treatment of individuals with mental illness must be more clearly considered.

China has more than 200 million migrant workers who take up temporary jobs in faraway urban regions and only return home to rural areas during the Lunar New Year. In general, they are not covered by either mental health services or health insurance in the cities where they work. Many migrants and their left-behind family members (children, women and elderly people) may face severe mental health problems such as depression, anxiety and risk of suicide. The provision of services and support to meet the mental health needs of migrants and left-behand people is another significant challenge.

In order to improve the nation’s health, the Chinese government announced the strategic policies of ‘Healthy China 2030’ and ‘Targeted Poverty Alleviation’. The importance of mental health has been recognised and, based on the specific situation in China, the following aspects have been identified.

Second, health resources should be equitably distributed in rural and urban areas so that health disparities may be reduced.

Third, the targeted poverty alleviation programmes should be integrated into mental health recovery to assist individuals suffering from mental disorders. Culture-specific, community-based interventions and targeted poverty alleviation programmes should be developed to improve the early identification, diagnosis, treatment and recovery of individuals with mental health problems.

Fourth, a national surveillance system should be established to monitor the change in prevalence of mental illness and the effectiveness of mental health services.

Fifth, a national health insurance system and other relevant support programmes (e.g. social welfare) should be developed to guarantee mental health treatment and recovery for those with mental disorders, including migrants and left-behind people.

Mao-Sheng Ran., MMed, PhD is an Associate Professor at the Department of Social Work and Social Administration at the University of Hong Kong, Co-Chair of the Global Health Programme (Mental Health) of the Association of Pacific Rim Universities (APRU), and Founder and  Principal Investigator of the Chengdu Mental Health Project (CMHP). Image Credit: CC by Gonzalo RA/Flickr.

Why nativism rather than nationalism represents Southeast Asia’s democratic danger
Kashmir: the issue that doesn’t normally feature in Indian elections