From treatment to prevention: The role of workplace psychoeducation for mental health in China

Home /China, Health/From treatment to prevention: The role of workplace psychoeducation for mental health in China 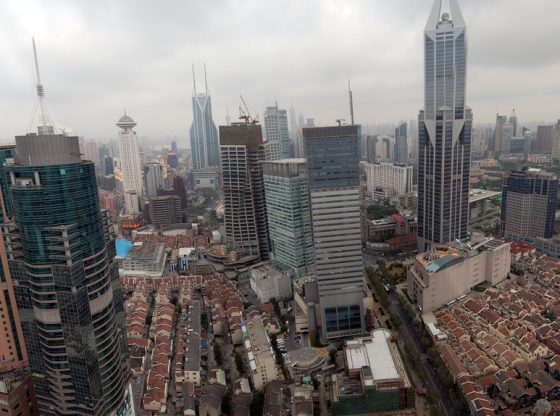 The issue of mental health care has gained increased prominence in many areas of life – the media, government policy, public health, and through the sharing of lived experiences. Global organisations such as the World Economic Forum have placed it on their agenda – at the most recent meeting at Davos, for example, with Prince William advocating for more awareness. In the Far East as well, the importance of the issue is gaining ground.

China has progressed rapidly in augmenting mental health care over the last two decades. With its national 686 project (named after the initial amount of funding received for the project), coverage of treatment for people with severe mental illness has greatly increased since 2004.

In addition to training over 10,000 psychiatrists, China has committed to increasing treatment for psychotic disorders by 80 per cent and for depressive disorders by 50 per cent through its National Plans for Mental Health 2015–2020. Suicide rates have decreased dramatically over the past decade, and China has gone from being the country with one of the highest suicide rates in the world to one of the lowest. The first Mental Health Law came into effect in 2012, and in 2018 the Chinese government issued a working proposal to emphasise the need to continue reinforcing mental health awareness, infrastructure and action plans.

Psychoeducation is essential at various levels in order for other national interventions to be effective and to break cultural stigmas surrounding mental health.

Needless to say, important mental health reforms have taken place in China in recent years, fuelled by a strong political will at the central level. However, the focus has been on treatment, giving people access to therapy and medication for mental health issues and upskilling healthcare workers. There is still extensive work to be done, particularly as the majority of people suffering from mental illness in China will not have sought formal treatment. Stigma is strong due to the collective nature of the country and thus affects not only the individual who is suffering but also their family.

In China, the family could experience a loss of face and potential loss of guanxi (business relationships), since mental illnesses are not readily accepted in society. Consequently, people feel pressured to keep their depression or mental illness a secret for fear that they might not be employable or able to marry, or may even be ostracised. This makes seeking help more onerous than it needs to be.

China has an opportunity to take further steps in its mental health reforms to ensure that mental illness prevention becomes a priority. Studies conducted in China show that mental health knowledge in the country is still low. A systematic review found that psychoeducational interventions offer much promise in boosting mental health literacy and enabling people to cope with the stigma better. Thus, psychoeducation is essential at various levels in order for other national interventions to be effective and to break cultural stigmas surrounding mental health, thus removing a major barrier to seeking help when it is most needed.

One way to begin is through corporations. Although this is slowly increasing, at present only a very few multinationals, Chinese corporations and start-ups in China make mental health a priority on their agenda for organisational development. Even if some organisations have Employee Assistance Programmes (EAP) that provide telephone hotlines for support, they are not highly utilised due to the associated stigma and employees feeling a potential loss of face if they were in fact to seek ‘assistance’.

Other corporations may offer ‘emotional resilience’ training, but rarely are mental health or the symptoms of depression or anxiety mentioned, for fear that employees may feel ashamed. In fact, a few years ago, one company the author spoke to about conducting training for employees insisted on changing the title of the workshop to ‘stress management’ and not to mention ‘mental health’ at all in order to avoid embarrassment!

These concerns, while valid, are perhaps exaggerated, and attitudes are slowly shifting. In our recent experience of delivering mental health training and workshops to organisations in China, the reality on the ground is different. We are met with curiosity and a desire to understand mental health beyond what one needs to do simply to ‘stay well’.

From feedback surveys on the workshops we have conducted, 90 per cent of participants cite that they have dramatically improved their knowledge of what mental health is and that they understand better the need – and when – to seek external help and resources. Many of them admitted that they have suffered from symptoms similar to burnout, depression or anxiety, but that they had no idea they could call EAP hotlines and were eager to do so once they understood better the use of these services.

Part of the knowledge gap arises because the organisations shy away from presenting the difficult but realistic picture of what it could be like when one is mentally unwell. Resilience training works well when one is already mentally healthy and looking to thrive, but it is not so effective for those who have psychosocial difficulties in their daily lives.

Many of these employees, managers and executives have open minds to understanding the significance of mental health in their lives. Furthermore, they play multiple roles – they are children in their own families and most are parents or parents-to-be. Once knowledge reaches them, a ripple effect can be created for them to pass on this knowledge and awareness to the generations before and after. Research has shown that people in China are more likely to seek help from family than professionals, so if the education can also potentially reach key decision makers in families, the impact can be extensive. As the ripples enlarge, taboos slowly break down, especially in China where the family unit is strong and respected.

It is also important to address the major sources of stress triggers that are particular to the locality, instead of offering a blanket one-size-fits-all solution. Stress is a significant cause of some mood disorders such as depression or anxiety, and whilst work stress is cited as being the most significant cause in countries like the US and the UK, it may not necessarily be so in China.

With on-the-ground experience, we find that most employees are more concerned about stressors from the family context: marriage, their children’s education in the competitive environment, looking after the elderly generation as the only child, and maintaining face and reputation vis-à-vis relatives and the social circle. Thus, training is often better angled at supporting employees in their non-work issues such as parenting rather than loading them with hours of training on positive psychology.

However, to date there are unfortunately no statistics to support these qualitative claims and, admittedly, the companies with which we have worked do not represent a country-wide phenomenon. We encourage the private sector to collaborate with academia in China for further studies on workplace mental health and its effects on the family. This could lead to increased effectiveness of nationwide programmes to raise mental health awareness and prevent stigma.

In conjunction with an uplift in treatment and resources, education and prevention must be the next focus for China. Unless people know where they can seek help and understand that there is no shame in doing so, a large percentage of mental conditions will go undiagnosed and untreated, wasting the immense efforts of the government. Workplace and organisations are the key channels to shift the mindset and break the stigma.

Enoch Li is the founder of Bearapy, a social enterprise and wellness consultancy to prevent workplace burnout in China. She serves on the Country Executive Committee of the Global Mental Health Peer Network, representing China, and is the author of Stress in the City: Playing My Way Out of Depression.

Erla Magnusdottir is a Special Advisor to Bearapy and was the founder and country head of BasicNeeds China, an international NGO for mental health in developing countries. She is also a Research Assistant at King’s College London.

Kashmir: the issue that doesn’t normally feature in Indian elections
BJP and the politics of polarisation: Agenda for the 2019 elections