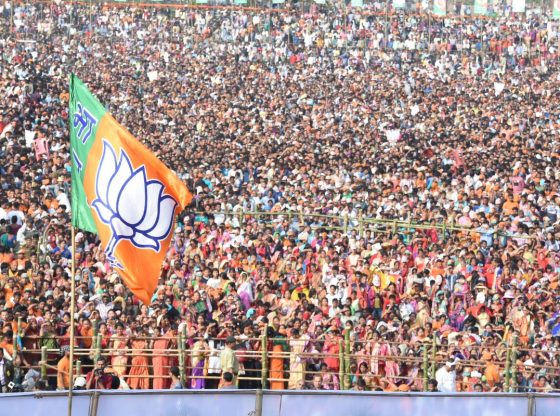 Since the 2014 Lok Sabha elections, there has been a string of victories worldwide for right-wing populist candidates, many of whom can be said to qualify for the term ‘demagogue’.  India’s own Narendra Modi is certainly a relevant case, considering the upcoming Lok Sabha elections, but it is no stretch to say that the likes of Donald Trump, Jair Bolsonaro, Rodrigo Duterte, Viktor Orban and Andrej Duda are all cut from the same cloth.

Given the increasing number of young voters, women and minorities going to the polls – demographics that are traditionally associated with the left – it is important to understand why it is that such controversial figures manage to retain so much power. Without fully interrogating the appeal of the right, there can be no way to combat the dangers that such politics endorses, either explicitly or implicitly.

The reason I label this type of politics as utopian is at the heart of this analysis. Utopias tend to conjure up visions of perfectionism and hope, a sense of ideal living that is often underpinned with justice and equality. While this is the mainstream understanding of the term, the political implementation of it is more open-ended and ripe for abuse.

Utopias are, broadly speaking, any form of society or movement that grapples with contemporary issues and imagines a viable alternative. The problem with this is that the individuals or groups doing the imagining can shape what kind of utopia this ends up creating. While many demographic groups may argue that they are living in a dystopia under Modi’s Hindutva ideology, the reason the BJP still attracts voters is because it does represent a utopia for other voting blocs.

Majoritarian and populist utopias are dangerous, not because they appeal to the greatest number of people, but because they create an illusion that these people are somehow oppressed. Tapping into the disillusionment of voters, the BJP’s vision was not actually to address the issues of structural inequality – with poverty chief among them, but also caste-ism and regionalism – since doing so would fracture the party’s appeal as it competed for different voting blocs.

Instead, by appealing to a wider sense of Hindu identity, specifically by targeting grievances in a Hindu-majority country, the party was able not only to ride the so-called Saffron Wave to power; it actually created the wave in the first place. The increase of cow lynching brigades against Muslims under Modi’s rule is a frightening grassroots example of this. In practical terms, these murders do nothing to address the issues that actually matter.

Ideologically, however, they represent the success of populism in tapping into bubbling wells of frustration and using them to mobilise support. More worryingly, they also represent the enduring appeal of a warped utopia that continues to play out in the minds of voters even after their goals have been achieved. It is telling that such a vicious example of populist violence has not been widely addressed going into the 2019 election cycle.

Where is the competition?

The BJP’s prior electoral success came from providing an alternative to its voter base, representing a return to power not just for the party but for the principles of an otherwise disenchanted electorate. As the incumbent party this time, the BJP is not able to deploy the same strategy again.

But nor does it have to. When a party is in opposition, providing a grand utopia is vital to mobilise support and challenge the status quo. Once in government, the utopia is no longer necessary. Or at least, not explicitly so. Modi’s campaign has often relied on a single simple strategy: the BJP should be re-elected because it is not Congress. When trying to get into power, this strategy would not be effective. However, now that the BJP is the ruling party, it has a chilling appeal.

For starters, it subtly tells its base one key point: voting for ‘us’ when we gave you an ideological vision brought us into power; voting for ‘them’ will give them their chance. By feeding into this fear – i.e. that the Congress (and other parties) represents a very different utopian vision – the BJP can afford to be vague about its actual policies.

But the bigger problem lies in the actual opposition itself. In 2014, the BJP attracted its voters with an ideal. Congress has failed to do the same. And while the BJP can get away with painting itself as a broad antithesis to Congress, that same vagueness does not work so well when fighting against the establishment. Utopias may be hard to implement; dystopias are even harder to topple.

In today’s politics, practical and feasible policies are good, but they are rarely enough to win the battle for votes. The BJP gave its grassroots an ideological reason to go to the polls. If Congress is to do the same, it must mobilise the masses. There is ample opportunity to do so given the significant protests around key marginalised identity politics in recent years and months.

The #MeToo movement not only took off overnight, it also led to important discussions in feminism around caste and untouchability.  Adivasi protestors in the in Gare Pelma coal mine have been garnering international attention, especially after a recent Supreme Court ruling that effectively limited their rights. The repeal of Section 377 means there is now an out and proud LGBTQ+ voter base that would naturally gravitate towards a more secular party given the intersectional politics of broader Indian queer activism. Of course, there are still issues of classism, urban/rural divides and elitism within these movements, but the wider ideological point still stands.

Superficially courting these voters, however, is not going to be enough. The oppressions they have faced and continue to face must be given a genuine response. Part of this will be to acknowledge complicity in allowing such situations to take root in the first place. More importantly, there needs to be a push to provide such groups with one crucial element: hope. Without that, it will be impossible to break the ideological grip that Hindutva has come to embody.

Ibtisam Ahmed is a final-year Doctoral Research Student at the School of Politics and IR, University of Nottingham. A member of the Asia Research Centre, his thesis aims to be a decolonial killjoy which deconstructs the utopia of the British Raj and refocuses the narrative on anti-colonial and indigenous utopias instead.
Image Credit: Narendra Modi Official/Flickr