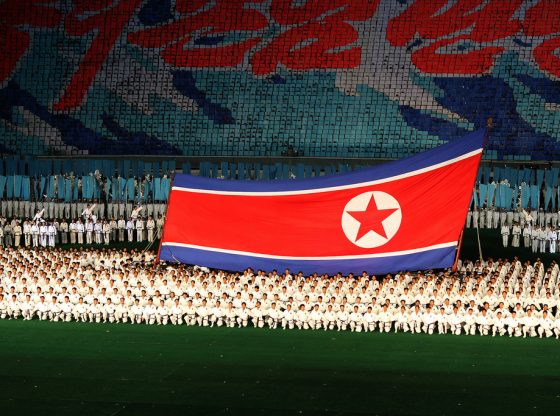 North Korea,US in the Asia-Pacific |

From 27–28 February 2019, US President Donald Trump met with North Korean leader Chairman Kim Jong-un in Vietnam’s capital Hanoi to negotiate on the nuclear disarmament of the Democratic People’s Republic of Korea (DPRK).

Despite hopes for an interim agreement, the talks collapsed over Washington’s allegations that Pyongyang insisted on complete economic sanctions being lifted in exchange for only a partial nuclear reduction. Conversely, the Kim regime blamed the Trump administration for the failure, claiming that North Korea was indeed keen to compromise and was willing to accept partial sanctions relief in exchange for decommissioning the Yongbyon nuclear facility. According to Ri Yong-ho, the North Korean foreign minister, it was the US that was trying to exploit the North by demanding more nuclear disarmament than was on the table.

Assuming that negotiators never blame themselves, we can only surmise that both Washington and Pyongyang are not telling the truth here. As negotiators seek to maximise gains while minimising concessions, each narrative begins to look logical, in that Kim would seek maximum sanctions relief without agreeing to complete nuclear disarmament, and Trump would similarly press for as much denuclearisation as possible while minimising compromises.

With all this in mind, Trump and Kim should acquaint themselves with a game theory framework called ‘The Prisoner’s Dilemma’, which shows that self-centred gain maximisation results in overall losses for both sides, whereas mutually non-optimal compromise yields realisable gains.

The Prisoner’s Dilemma made simple

In the Prisoner’s Dilemma, two rational individuals might not cooperate, even if they can mutually benefit. Simplifying the dilemma based on the work of noted psychologist László Mérő, we have the following scenario which plays out to the disappointment of the two interacting parties.

Two criminals are detained without any means of communication. The prosecutor has insufficient evidence to convict them both on a primary charge, only possessing enough proof to convict the pair on a minor offence. Subsequently, police investigators try to convince each suspect to reveal implicating evidence that would convict the other of the serious primary charge, while freeing the betrayer. Alternatively, the criminals might both betray each other, or they might both preserve trust and stay silent, forcing the prosecutor to convict the two criminals of the lesser charge. Consequently, a number of outcomes are possible, as shown below.

The betrayer goes free while the silent suspect bears full culpability, thereby being sentenced to 4 years in prison.

Both criminals betray each other:

The prosecutor has the evidence required to convict both criminals of the primary offence; each has equal culpability and each serves 2 years in prison.

With only enough evidence to convict both men of a minor crime, the judge imposes a 1-year jail sentence on each criminal.

Ignoring all future considerations, the dilemma occurs because although both criminals know that their interests are best preserved by staying silent, their inability to reassure each other of this, combined with pressure from police interrogators and the incentive of being set free, substantially erodes trust, leading to a significant motivation for betrayal. Hence, the criminals wind up serving prison sentences that are twice as long as if silence was preserved.

The Hanoi Summit and the Prisoner’s Dilemma

Comparing the Prisoner’s Dilemma and the Hanoi Summit reveals enough similarities to explain why both leaders failed to reach an agreement. Translating the Prisoner’s Dilemma into the dynamics of denuclearisation summitry, we substitute length of jail sentence for the extent of denuclearisation by the DPRK and the magnitude of US concessions, respectively.

Minor nuclear disarmament might refer to the scrapping of non-essential nuclear facilities, while something major could encompass the surrender of nuclear warheads. For Washington, a lesser concession would be officially declared though not contractually signed security guarantees. Since no military action has been used against the North for at least 65 years, this is easy to grant. Conversely, a stronger incentive for denuclearisation would be to recommend that all economic sanctions currently choking the DPRK be lifted.

Either the US or the DPRK wins a deal to their advantage but which disadvantages the other:

Negotiations result in Washington browbeating Pyongyang into accepting nuclear disarmament in return for relatively minor concessions such as a ceremonial end to the 1950–53 Korean War, even though the bulk of sanctions still remain. Conversely, Kim’s victory would see all sanctions on his nation lifted while only pledging to decommission some of the nuclear arms infrastructure, thereby leaving his already assembled nuclear weapons untouched.

Looking at the summit’s outcome, there were no lopsided negotiating wins. Although an idealistic objective, effective capitulation is unrealistic. This is because on the one hand Trump realises that the recent UN Security Council economic sanctions are the toughest yet imposed and so now is the best time to push for denuclearisation. Correspondingly, Kim knows that his regime’s nuclear arms programme is valuable, and hence cannot be relinquished cheaply.

Both the US and DPRK maximise their demands, leading to negotiation failure:

Just as with the earlier example of mutual betrayal, Trump and his team would pressure the North Koreans for more denuclearisation steps than the latter would be comfortable implementing. Similarly, Kim would press the Americans for more substantial concessions without complete denuclearisation. The inability to agree on mutually acceptable nuclear disarmament and reciprocal compensation is what doomed the Hanoi Summit. Pyongyang insisted on the revocation of more economic sanctions than Washington was prepared to grant, while the latter wanted more nuclear facilities decommissioned than the Yongbyon nuclear complex alone. With a ‘winner takes all’ approach, both sides obtained nothing.

Moderated North Korean and American expectations strengthen the likelihood of a deal:

As with the previous collusive example, a negotiated summit endgame that maximises realisable welfare for both the United States and North Korea is one where both agree to compromise, leaving ‘complete, verifiable and irreversible dismantlement’ (CVID) and the DPRK’s economic normalisation as a medium-term rather than immediate imperative.

This compromise, giving both Washington and Pyongyang half of what each other wants with the expectation of further negotiations, could involve the exchange of denuclearisation steps and compensation that are of moderate value, such as the North’s signed agreement to cease testing nuclear devices or long-range missiles in return for the establishment of diplomatic liaison offices in Washington and Pyongyang.

Furthermore, Kim could agree to the internationally observed demolition of the Yongbyon nuclear complex and the decommissioning of uranium enrichment facilities in exchange for a peace declaration ending the Korean War. Additionally, a sweetener allowed under UN sanctions could include technical aid for the DPRK’s farms. Even though North Korea’s nuclear stockpile remains untouched for now, a permanent capping of the arsenal has substantive value. This is matched by the increased national security that a peace declaration would bring, along with help towards food self-sufficiency. These quid pro quos are not unrealistic, as leaked negotiation plans reveal intentions to shutter Yongbyon and ink a peace declaration.

Examining the Prisoner’s Dilemma and the Hanoi Summit, a reasonable lesson to draw would be that adopting a zero-sum mentality where gains come at the expense of others and striving to prevail in the near term is ultimately counter-productive.

In the absence of trust between America and North Korea and assuming there is no rapidly negotiated consensus on total denuclearisation and compensation, the remaining strategy which preserves hope for eventual CVID by the North is phased negotiations taking place over 2 to 3 years. This period must involve a series of moderately significant disarmament measures reciprocated by equally valuable concessions, building up momentum and leading to an end-state agreeable to both sides.

Both Washington and Pyongyang should internalise the lessons of the Prisoner’s Dilemma. Despite domestic pressure, such as the failure of some of Trump’s domestic policies and scandals that may lead to his impeachment, these must not be allowed to cloud his judgement, leading to over-zealous denuclearisation bargaining in order to secure a victory which salvages his reputation.

Turning to North Korea, it is internationally known that it has been economically moribund. Notwithstanding the regime’s tight controls on external news, the clandestine flow of information will eventually educate the population about their poverty. To preserve legitimacy, Kim has to deliver economic welfare. Correspondingly, it is hoped that in future negotiations, Kim can resist being swayed by economic societal pressures.

Dr Liang Tuang Nah is a Research Fellow in the Military Studies Programme of the Institute of Defence and Strategic Studies, a constituent unit of the S. Rajaratnam School of International Studies (RSIS), Nanyang Technological University, Singapore. Image Credit: CC by Roman Harak/Flickr.

BJP and the politics of polarisation: Agenda for the 2019 elections
Lok Sabha elections: The dangerous utopia of right-wing populism