Tensions with Pakistan: A mask to hide India’s economic woes 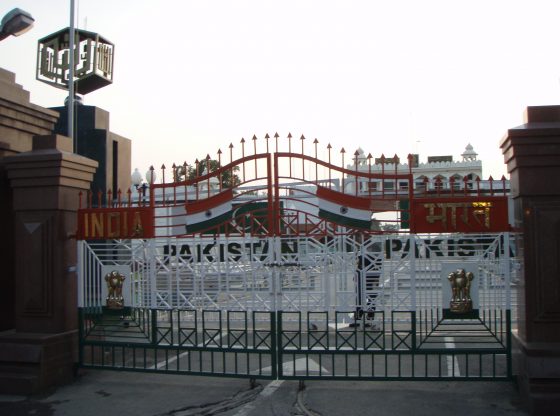 The latest tensions between India and Pakistan have led some to suggest that this upcoming election may emerge as India’s first-ever ‘national security election’. According to C-Voter survey data, less than 3 per cent of Indians considered security issues a concern until the Pulwama attack on Central Reserve Police Force (CRPF) battalion. Since then, this number has jumped to nearly 25 per cent. However, a deeper look at the data suggests that for most Indians – roughly 45 per cent – economic issues matter above security concerns.

Another reason why the economy will be a major battlefield is that the ruling Bharatiya Janata Party (BJP) led by Prime Minister Modi came into power in 2014 promising to bring ‘vikas’(development) and ‘acche din’ (good days), which helped woo moderate and floating voters.

A lot can be claimed about the recent tensions with Pakistan, such as how the BJP’s handling of the situation improved Modi’s image as the ‘chowkidar’ (protector).

From the snapshot of the economy provided below, it is evident that the BJP will have a hard time defending its record. This is why it has pivoted towards security over Pakistan as an electoral issue to divert the electoral discourse away from India’s economic woes.

The economic issues at stake revolve around matters of unemployment and agrarian distress in the country – both of which have become liabilities for the ruling BJP. Over the past four years, India’s unemployment rate has steadily crept up. It was 3.41 per cent in 2014 when Prime Minister Modi took office and has risen to 3.52 per cent in 2016-17. Estimates suggest that India needs to create 13.5 million jobs to be on a par with other countries with similar per capita income.

These figures correlate with a recent report from the Centre for Monitoring the Indian Economy, which states that 11 million jobs were lost in 2018, mainly due to the demonetisation of high currency notes in 2016 and the poorly implemented Goods and Services Tax (GST). These developments are concerning, particularly for a country like India with a young population, where the average age will be 29 by 2020 and 64 per cent of the population are working age. With more than a billion people living in India, it is essential for the economy and social infrastructure not to have high levels of unemployment.

Secondly, regarding the agrarian crisis, the past year saw numerous farmer protests around the country. For India, whose economy is still largely agrarian-based, this is a signal that all is not well in the agricultural sector. For instance, the country’s agricultural output grew at 2.8 per cent this quarter, which is less than the 5.3 per cent recorded in the June quarter. Data from the Labour Bureau are even more incriminating of the government’s failure: the real wage growth in agrarian activities was at a sub-zero rate in 2016-18, compared to the more than 10 per cent growth seen between 2013 and 2015. Since the ruling BJP relies on urban votes, it has made efforts to contain food inflation (a key urban issue) by paying lower prices to farmers for their crops. This situation increases the debt burden of farmers, pushing them to take extreme steps; in 2016,  an estimated seventeen farmers committed suicide every day.

In the state elections held in December 2018, considered as the semi-final to the general election of 2019, the BJP lost power to the Congress party in three Hindi-belt states: Rajasthan, Chhattisgarh and Madhya Pradesh. The Congress party’s focus on agrarian distress coupled with anti-incumbency factors helped it capture power here. The BJP’s vote and seat share saw a secular decline in both rural and urban areas (although the decline in rural areas was sharper than in the urban areas). Sensing a political upheaval in rural constituencies, the government has recently announced the populist measure of guaranteeing a minimum income of six thousand rupees to every farmer, although the move is considered insufficient by experts.

A lot can be claimed about the recent tensions with Pakistan, such as how the BJP’s handling of the situation improved Modi’s image as the ‘chowkidar’ (protector).  Others suggest that demonising Pakistan has helped elevate Muslims as ‘the other’, which helps reinforce the BJPs historic argument.

However, it remains to be seen whether these nationalistic concerns are restricted to a number of mostly urban people in the country or the masses. The troubles in the economy by no means suggest that the elections are already sealed in favour of the opposition or the mahagathbandhan (grand alliance). It would be prudent to shift attention to the real battleground of economic issues, and opposition parties would benefit from highlighting the BJP’s economic failures over the past five years.

Sudhir Selvaraj is a PhD candidate at the King’s India Institute, King’s College London, where his research focuses on violence against Christians in India. He tweets @SudhirSelvaraj.  Sharik Laliwala is an independent researcher on politics and history based in Ahmedabad. He tweets @sharik19.   Image Credit: Sheep”R” Us/Flickr

Lok Sabha elections: The dangerous utopia of right-wing populism
On the question of Baloch-Pashtun unity over the dilemma of missing persons in Pakistan