Towards a better performing and more ethical civil service in Bangladesh 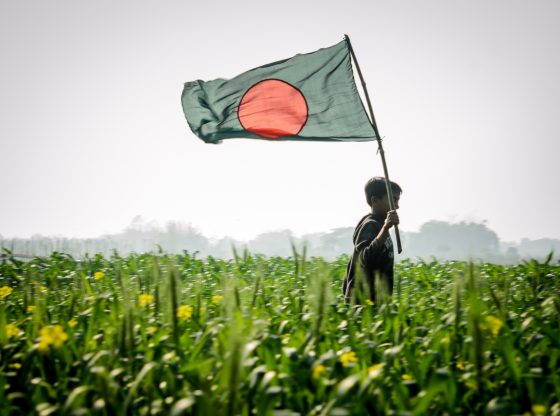 Effective governance is essential for economic development and hence it is the ambition of the government of Bangladesh to progress towards middle-income country status by 2021. A competent and motivated civil service that serves the public interest and is free from corruption is the key component of effective governance. Yet we often lack robust evidence as to the attitudes and behaviour of civil servants and the extent to which human resources management promotes good performance and integrity in public service.

Efforts to reduce nepotism and politicisation are essential for raising governance standards and thus building bureaucratic capacity to support economic development in Bangladesh.

This project presents the results of a survey of 1,077 civil servants from central government ministries and departments in Bangladesh addresses this knowledge gap. It is part of a global project on ‘what works in civil service management in developing countries’ that was funded by the UK’s Department for International Development (DFID) and the British Academy. The project generated more than 23,000 observations and is the largest cross-country survey of civil servants that has been conducted so far.

For Bangladesh, the survey shows that civil servants are satisfied with their jobs, committed to working in the public sector, and motivated to serve the public. However, levels of work motivation – i.e. the motivation to work hard and exert effort – is low compared to other countries. Moreover, ethical awareness of conflict-of-interest situations in the public sector is limited and in need of improvement among civil servants in Bangladesh.

Human resources management is characterised by the application of formal merit recruitment procedures (public job advertisements, written examinations and personal interviews) for all categories of staff, seniority-based promotions, lateral transfers between institutions and protection from dismissal, though not from transfers to unwanted postings. For instance, 91 per cent of civil servants passed a written examination for entry into the civil service, 97 per cent sat a personal interview, and 64 per cent believe that it is difficult for them to be dismissed from the civil service.

The survey further finds that salary equality among civil servants of equal rank and with similar responsibilities is high. Moreover, only a relative minority of civil servants indicate that they would easily find a better-paid job in the private sector, suggesting that civil service salaries are competitive, especially for the lower and middle ranks. However, many civil servants are also dissatisfied with their salaries, considering them insufficient to sustain their families, and the overwhelming majority indicate that good performance is not reflected in salary levels or increases. Our statistical analysis shows that salary satisfaction and the perceived insufficiency of salaries lower the job satisfaction of civil servants but do not affect public service motivation, work motivation or ethical behavior.

In Bangladesh, ethics management in the civil service has traditionally focused on knowledge of the 1979 Code of Conduct and, to a lesser extent, ethics training of civil servants, primarily in the context of induction training. Good knowledge of the Code of Conduct is indeed associated with greater ethical awareness according to our survey. Yet the effectiveness of ethics training is uncertain, with evidence of a small effect of induction training but no effect of training during the later stages of a civil servant’s career.

One way forward would be to review ethics training provision within policy sectors and to focus on targeted training for civil servants in particular institutions in order to enhance the effectiveness of training. A sectoral approach would reflect a state-of-the-art approach to anti-corruption and integrity management in the public sector (see, for instance, www.curbingcorruption.com).

In the context of our work for the Global Integrity Anti-Corruption Evidence Programme, which is a joint partnership between Global Integrity and DFID, we have initiated steps to take forward a sectoral approach to ethics training and public service management in Bangladesh. The collaboration aims to make a tangible contribution to Bangladesh’s ambition to build a more motivated and ethical civil service that serves the public interest alongside the overarching goal of national development.