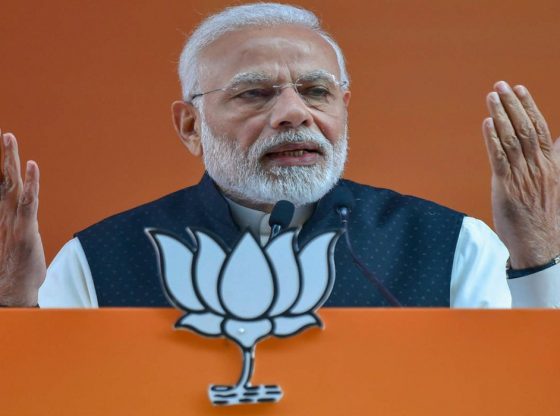 On 14 February 2019, a ‘home-grown’ Kashmiri militant killed more than 40 paramilitary soldiers in a suicide attack in Indian-controlled Kashmir. Since that attack, not only are Kashmiri traders and students being publicly harassed and physically assaulted in various parts of India, but the bilateral relations between India and Pakistan have also become extremely tense.

Two weeks after the attack on the soldiers, on 26 February, Indian Air Force fighter planes entered into Pakistani airspace and claimed to attack a terror camp in Balakot. Although Pakistan confirmed the intrusion of the Indian fighter aircraft, it refuted India’s claim that the air strikes had killed a large number of militants. International media have also raised questions about India’s claim that the air strikes were successful. The day after the Balakot attack, Pakistani fighter aircraft trapped an Indian MIG 21 fighter and chased it into Pakistani-controlled Kashmir, where they managed to shoot it down and capture the pilot.

Modi does not have much with which to run a positive campaign in order to win the election, hence all the indications are that his re-election bid will run on a negative agenda.

The capture of the Indian pilot by Pakistan led to the real possibility of full-scale war, but thanks to the timely mediation of the US, the UK and some Gulf countries, as well as the Pakistani prime minister’s peace gesture of releasing the captured pilot unconditionally, a temporary lull has been established in the extremely volatile situation.

Given that India’s prime minister Narendra Modi is going to face a general election from 11 April to 19 May 2019, there are enough reasons to believe that tensions between India and Pakistan might flare up again soon. During the last five years, Narendra Modi has not been as successful as he had promised before his election as prime minister in 2014 at controlling corruption, addressing the farming crisis or creating jobs in the country.

Modi does not have much with which to run a positive campaign in order to win the election, hence all the indications are that his re-election bid will run on a negative agenda. Thus, the disputed air strike on Balakot has become a major campaign slogan for Modi and his BJP party. At the same time, so as not to give the advantage to Modi, the opposition has started questioning the claimed success of the attack.

The capture of the Indian pilot has also limited Modi’s possibilities for projecting Balakot as a big success story in front of the Indian electorate. Consequently, after the humiliating capture of the Indian pilot, Modi was reportedly contemplating missile strikes against Pakistan. However, Pakistan’s threat to retaliate, alongside international pressure, stopped that plan for misadventure. Nonetheless, because of Modi’s electoral compulsions, there is a real possibility that the crisis might turn actively hostile again.

Pakistan airspace has remained closed to all international air traffic since India’s Balakot air strike. The cross-border firing at the Line of Control (LOC) in Kashmir has become very regular and intense, and at the same time a massive anti-terror operation is going on inside Indian administered-Kashmir. Modi’s speeches in his election rallies have become extremely shrill. There are enough indications that either before or during the election, India might go for another ‘punitive’ strike against alleged terror camps in Pakistan, and in all probability, Pakistan will retaliate.

For India to provoke Pakistan into an armed conflict now is like committing hara kiri. Pakistan has the ability to launch a nuclear strike against India within 8 seconds and can strike New Delhi in five minutes. Even India’s professed strategy of massive retaliation against a nuclear first strike does not take away the real possibility of Pakistani nuclear missiles reaching several Indian cities. Not only does Pakistan have more nuclear warheads than India, but like India, it also possesses ballistic missiles, cruise missiles and sea-based nuclear delivery systems. Most importantly, Pakistan’s recent deployment of tactical nuclear weapons for its artillery arsenal has taken away whatever advantage India had in the case of conventional war.

Unlike the US, India does not have the strategic superiority nor the geographical advantage to attack terror camps unilaterally in another country’s territory. However, there is an erroneous perception in India about the country’s inflated strategic and military superiority vis-à-vis Pakistan. The political elites have perpetuated this mindset with the active support of highly nationalistic media and in-house strategic commentators.

Pakistan’s strong friendship with China which has stood the test of time further complicates India’s position. It is quite doubtful whether India’s current prime minister has a fully comprehensive understanding of India’s military-strategic strengths and vulnerabilities. In this context, if Modi decided for short-term electoral considerations to target the alleged terror camps inside Pakistan again, there is a very real risk that the situation might quickly spin out of control and could potentially lead to a nuclear confrontation.

Because such a risk of survival is involved, previous Indian prime ministers such as A.B. Vajpayee and Dr Manmohan Singh followed a policy of restraint vis-à-vis Pakistan, even after the terror attacks on the Indian Parliament in 2001 or in Mumbai in 2009. Manmohan Singh’s Pakistan policy in particular, which has frequently been vilified by Narendra Modi, was based on two simple principles: keep talking to Pakistan at various levels even in trying times; and actively engage in creating an inclusive and broad international voice against Pakistan’s use of terror groups as strategic assets.

Ever since taking up the reins of power five years ago,  Modi has reduced India’s relationship with its most critical neighbour, Pakistan, to be little more than a tool for self-glorification and political manipulation; at the same time, he has failed to give careful consideration to institutional experience and has also ignored the key stakeholders in the peace process.

By mortgaging his Pakistan policy to his election campaign, Modi is causing serious long-term damage to established working procedures for the bilateral engagement of the two countries, and he has pushed the whole region into a very difficult and extremely risky security situation.

Indian air strikes on Pakistan: What happens next?
Women voters and the 2019 Indian elections